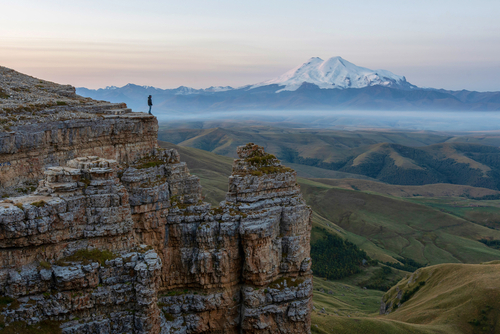 With WA recording its highest number of daily COVID-19 cases to 8pm last night, AMA (WA) President Dr Mark Duncan-Smith held a media conference to discuss the significance of this new peak and its effect on the health system now and in coming months.

10,182 is a new peak for the number of COVID-19 cases in WA. This is what occurs when you reduce restrictions while the pandemic is in the plateau phase. If you want to reduce your risk of getting COVID, then I call on you to voluntarily wear masks indoors. People who do wear masks indoors should be given a thumbs-up, and not stared at.

WA now has the honour of having the greatest number of cases per head of population per day of any state or territory in in Australia. WA’s PCR positivity rate is 30 per cent, indicating that there is a lot more COVID out there than what we know about.

The figures coming out of the Kimberley are very disturbing. The Kimberley was recording three times any other area in WA, and has now gone to one-third of its previous peak. This is not because COVID has disappeared from the Kimberley, but because there is very little testing being done. I call on the McGowan Government to immediately investigate these figures and liaise with Aboriginal medical services in the Kimberley to improve this. We need to know how many cases there are out there so that public health measures can be put in place to mitigate the effects and damage of COVID.

I also call on the McGowan Government not to stop testing in WA. We must know the extent of COVID disease so that public health measures can be put in place to mitigate the damage of COVID. Now is not the time for the WA Government to stick its head in the sand and stop testing.

Reporter: The Premier said with the number of free RATs that are out there and because we do more testing, people are using more RATs, and we’re seeing higher case numbers. Is that fair to say?

Dr Mark Duncan-Smith: The number of RATs that are out there is not the reason that we’ve got high caseloads. The PCR positivity rate indicating how many are positive compared to how many done is 30 per cent. That indicates that there is a heck of a lot more out there than we know, otherwise that rate would be down around 5-10 per cent.

Reporter: So, what do you think is happening, Mark? Are people just not bothering to get tested or that their symptoms are mild and they’re just carrying on, or they’re not registering them.

Dr Mark Duncan-Smith: I think that there is a degree of complacency out there. This is a stark reminder to both the Western Australian Government and the people of WA that the COVID pandemic is not over. We are at a new peak and this indicates that we’re in the worst position for caseload numbers than we have been so far in this pandemic.

It is beholden on the Government to not only monitor ICU cases but also the hospitalisations. Hospitalisations are up 12 per cent compared to yesterday. We need to keep a close eye on this figure because the medical system is under strain. There are a lot of people furloughing, there are a lot of people off sick with COVID, and the system is under strain. If the system gets overrun, not only will the deaths from COVID go up, deaths from all other presentations will go up as well.

Reporter: We had another six deaths today. That takes us to around 157 deaths so far. The modelling only predicted 120 or so in the first 80 days and we’ve already well and truly surpassed that. Has the modelling underestimated how deadly Omicron is?

Dr Mark Duncan-Smith: The modelling has underestimated it, and that is probably because of the very high booster rate we’re at. We’re at 80 per cent now, which is a huge figure and Western Australians need to be congratulated for getting us there.

Reporter: At what point will our hospitals not cope? At what sort of numbers do you think will we not be able to cope?

Dr Mark Duncan-Smith: We’re already seeing record ramping, which is not caused by COVID, but COVID does make it worse. We’ve seen a 12 per cent increase in hospitalisations in 24 hours. If that figure started to go up and we started to get hospitalisation numbers of 300-350, that would actually cause a significant strain on the medical system and we would need to be very, very quickly looking at reintroducing restrictions.

Reporter: The Premier was asked about the hospital rates today, and he was saying that the ICU numbers are more important than hospitalisations because people can just be in hospital with COVID, not necessarily for it. Is it fair to look at things that way?

Dr Mark Duncan-Smith: I don’t think you should just look at ICU admissions in isolation. You need to look at the hospitalisation rate, as well as ICU admissions. The hospitalisation rate is also a key figure of where you’re going to be a week later as far as ICU rates go. You’ve also got the fact that our hospitals will only handle a certain number of COVID cases before you’ll see significant strain on other services.

I remind you that last year we had the cancellation of elective surgery even though we didn’t have any COVID because our hospitals were hardly able to cope with business as usual. So, more significant strain on the hospital system will lead to increased problems, deaths from all other causes that people present to the emergency departmet for.

Reporter: Was lifting all of these restrictions like the mask mandate a massive mistake by the Government?

Dr Mark Duncan-Smith: The AMA (WA) agreed with the Chief Health Officer not to reduce Tier 2 restrictions to Tier 1 when that was done. We were of the opinion that you don’t reduce restrictions when you’re in the plateau phase of the pandemic. We all know, and we’ve been told that restrictions flatten the curve. And obviously when you lift restrictions, that curve goes back up – that’s what we’re seeing today.

Reporter: What sort of winter do you think we’re in for? We’re coming up to flu season. The Premier said last month we hit our peak and now we’re hitting a new peak. Where do you see our winter going and what’s it going to be like?

Dr Mark Duncan-Smith: Flu cases are already on the increase and again, that is another factor that the Government really has to watch closely. This in combination with COVID could see a very ugly winter, and  I strongly encourage people to get their flu shot. If anyone is due for a COVID vaccine, go and get that as well.

Reporter: How much worse could this get? Do you think this is the worst of it, or do you think we could be in for some pain over the next week or two, and cases could even go much higher than they currently are?

I also reiterate what I’ve said previously, that I would have much preferred the Government to have used the language that masks are now voluntary indoors rather than saying they’re no longer mandated.

Reporter: Across the nation today we’ve had 50 or so deaths but very little mention of that. How does that sit with doctors, knowing that these deaths are now happening every day, yet people seem to have forgotten about it or not care?

Dr Mark Duncan-Smith: It’s greatly concerning to doctors that there have been approximately 7,000 deaths in Australia since the beginning of the pandemic. Even more concerning is that 2,000 of those have occurred in the last 30 days. There’s a clear message to both WA and all Australians that this pandemic is not over. We are still in the middle of this pandemic, and for WA, we’ve hit the new peak.

Reporter: What would you tell people today if they do put on a mask? How much less likely are they to catch COVID?

Dr Mark Duncan-Smith: The public figure I’ve been told previously is that mask wearing reduces your chance of getting COVID by approximately 20 per cent.

Reporter: Are you happy with the level of mask wearing?

Dr Mark Duncan-Smith: I would like to see a lot more mask wearing indoors, and I think that people who wear masks indoors voluntarily should be given the thumbs up. I was at a restaurant last night. I was wearing a mask voluntarily and there was only one other table out of about 10, whose occupants were also wearing masks.

Reporter: Just out of interest, how bad is the staff furloughing at the moment. We know that they had to cancel elective surgery at Hollywood Hospital this week. Is it just because of COVID or are we dealing with a severe lack of medical staff in Perth at the moment?

Dr Mark Duncan-Smith: There is a historical lack of medical staff in Perth, but what we’re seeing is the effects of COVID, furloughing and COVID disease. Private hospitals are not able to go to 100 per cent elective surgery because they quite simply do not have the staff to do so. Public hospitals are having significant furloughing and COVID disease, and that is causing a reduced ability to staff certain areas.