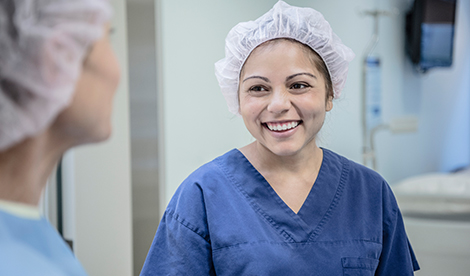 The value of entrenched kindness

During times of uncertainty, and in particular over recent months, it is a question that I have often pondered. For most in the medical profession, emotions are heightened, and stress levels generally run high. While many clinicians would argue that we remain focused on being kind in our interactions with patients, do we always extend the same courtesy to our colleagues?

I recently attended a hospital orientation event to welcome the new junior doctors and was joined by my one of my colleagues.

I asked her the seemingly innocuous question: “How are you going?”

She responded that she was “not great”, having been involved in a minor car accident in the car park that morning and that she was “pretty shaken up by the whole thing”.

Although initially taken aback by her frank response, I immediately asked if she was okay and if there was anything I could do to help. I offered to make her a cup of tea.

As I brought over her tea and we began to chat, it felt like we had created a safe space to debrief – with the ability to just sit down, listen to each other and hopefully, offer reassurance that things were going to be okay.

She sent me a lovely message later that day, thanking me for the cup of tea.

“It was really thoughtful and kind,” she wrote.

This got me thinking… while nice to be acknowledged, is such behaviour not the cultural standard throughout all hospitals? Should we not be emphasising kindness and creating a safe space for debriefing with our colleagues every day?

In 2018, an article published in the MJA recommended adding ‘K’ to the start of the ISBAR (Introduction, Situation, Background, Assessment and Recommendation) handover format.1 In this setting, ‘K’ stands for kindness – utilising empathy and understanding towards each other, by acknowledging something a doctor looking after a patient did well, before handing over to the next team. For example, recognising the good leadership a doctor provided to a team during a busy shift or the difficult conversation they had with a family in the middle of the night.

It’s easy to forget these little acts of kindness during periods of stress or overwhelming workloads, but I would emphasise that it is during these specific times, that they take on an even greater importance. Sometimes, those words of praise can mean the difference between a horrific shift and a bearable one.

Junior doctors, in particular, feel that some roles are often thankless – when they are told off for one thing missed with no acknowledgement of the 99 other tasks completed successfully. Some would argue this is the nature of the job amidst the constant striving for perfection in medicine. Yet I think we also need to acknowledge that at the end of the day, we are only human, trying to do our best with limited time and resources.

The most functional and cohesive teams I have worked in so far have been guided by a concept I like to refer to as ‘entrenched kindness’ – emphasising the small wins, taking time to debrief over a cup of tea or coffee, and talking about ways to improve care for their patients in a safe and supportive environment. Taking that 10-15 minutes for a tea break to allow those discussions builds collegiality, in the truest sense of the word.

Building kindness into the culture of a hospital, department or individual team is vital, especially in the current COVID climate with the ongoing uncertainty and stress associated with our roles.

I would encourage everyone reading this to acknowledge those small wins with your colleagues, give people a safe space to debrief about difficult experiences and discuss their concerns, and look out for those who might be having a rough day.

Entrench kindness into your interactions with colleagues. Even a small gesture such as making a cup of tea or coffee – as I discovered – can mean a lot.