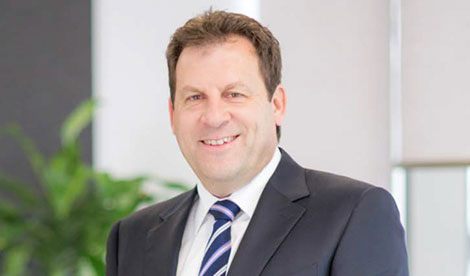 The COVID-19 pandemic is simultaneously one of the biggest challenges and opportunities in HBF’s 80-year history. As a not-for-profit fund and the largest health insurer in Western Australia, we’ve always been determined to put our members’ interests first. Never has it been so important for HBF to deliver for our members in the moments that matter.

As an essential service, our focus has been ensuring access to the best healthcare for members and helping the community to get through the crisis.

Our strong capital position and conservative investment decisions meant that during the greatest health and financial crisis in a generation, HBF was able to commit more than $41 million in assistance to members and the community.

In March, HBF became the only health fund to cancel its 2020 premium increase at a cost of $37 million. We also implemented a comprehensive package to ensure members could maintain their health insurance coverage – by the end of May, 10,000 of our one million members had applied for financial relief.

We also paid for a record number of flu vaccinations through the Pharmacy 777 network. By the end of June, more than 55,000 WA-based HBF members had received a fullycovered flu shot, compared to approximately 36,700 for the whole of the 2019 flu season.

Having cancelled the 2020 HBF Run for a Reason to protect participants and volunteers, we distributed nearly $575,000 to 170 WA charities, including our event partners (Cancer Council WA, Heart Foundation, Diabetes WA and Lifeline WA), which had hoped to benefit from the event. This included a special $100,000 donation to Lifeline to help it meet the demand for its services when many Western Australians were experiencing severe mental stress.

We also gave laptops to the Royal Flying Doctor Service and face masks to the Health Department.

Our decision to fund the State Government’s $2.5 million DETECT Snapshot project was driven by a desire to not only protect the health of Western Australians but also help the economy get back on track as quickly as possible.

The special-purpose fund for research and increased testing of ‘frontline’ employees enabled 18,409 tests to be carried out, with zero cases of the virus detected – providing a high degree of confidence that there is no community transmission in WA.

At HBF, we see ourselves as an intrinsic part of the community and a key player in the State’s health infrastructure.

This is a time for organisations like HBF to show what being a not-for-profit business with members and the community at its heart really means.