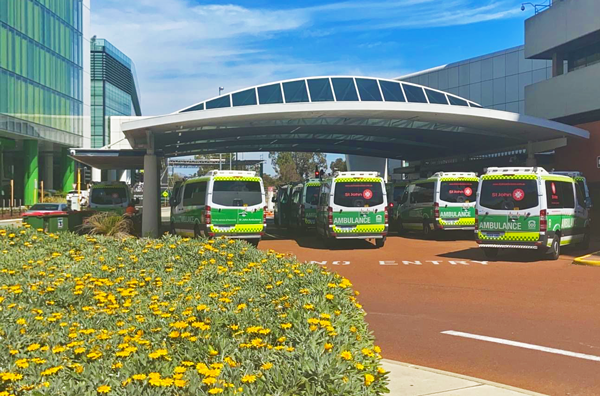 Ramping is one of the most commonly heard words in Western Australia, but a quick check on its definition provides no great definitional guide to its relation to health. According to the wonders of Google, ramping can mean an enormous range of things, from share ramping (“that broker is ramping the share price”) to a special button on some high end electronic paintball guns (“he doesn’t have the skill and has to use the ramping switch”).

A personal favourite is the definition on Urban Dictionary which defines ramping as a word mixing laziness and complaint – to sit around and do nothing and then complain about it (“what are you up to? Not much bro, just ramping”).

But in Western Australia, the word ‘ramping’ has come to mean much more both in the medical and political worlds.

The WA Health Department website helpfully defines ramping as: “….the length of time (in hours) that ambulances wait outside a hospital when the hospital’s Emergency Department is unable to accept patients. For ramping hours, the closer the numbers are to 0 indicates better performance.”

A look at the figures demonstrates that ramping in Perth is bad, and getting worse. Even the designers and builders of Fiona Stanley Hospital went to the trouble of making sure that the area outside the ED, where ramping takes place, is nicely kept behind a gate – for privacy reasons we are sure.

Conveniently it also means that ramping – at FSH anyway – is kept away from prying cameras.

No matter, there is more than enough ramping occurring in the open at Royal Perth Hospital and Sir Charles Gairdner Hospital for any self-respecting TV journalist to use as a backdrop.

But now, it seems, all will be well. Just in case you missed the news, ramping has recently been banned by Health Minister Kim Hames.

In stream of consciousness remarks at a recent State Budget Estimates hearing, Dr Hames said he was “extremely disappointed” that the opening of FSH had not reduced the ramping problem.

“It’s almost like ramping has become an institution,” he said.

We know the Minister means well and we realise his frustration.

Banning ramping will not fix the issue.

As AMA (WA) President Dr Michael Gannon said: “The current ramping levels at our tertiary hospitals have not been caused by a lack of urgency – hospital staff are doing everything in their power to see patients quickly, safely and efficiently.

“The ramping numbers are due to WA’s chronic bed shortage, something the AMA (WA) has been urging the State Government to fix for years.

“The only way to curb ambulance ramping is to invest in public health. It is not ‘rocket science’. Ramping is a symptom of access block. We need more beds in our hospitals!” Dr Gannon said.

Perhaps there should be a new definition of ramping, something like trying to stop the inevitable by banning it without doing anything to change circumstances?