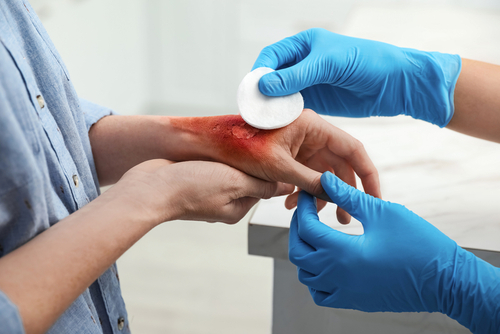 Talk about the zeitgeist. Our Medicus cover story this month is all about climate change, particularly as it applies to the health system, and what we can do to start addressing these issues as major contributors to greenhouse gas emissions.

The cover headline is Time is Running Out. Well, for the Coalition in government, time did run out, and climate change played a major role. This is clear from record votes for the Greens, and, in particular, the impact of a swathe of independents. They essentially took on the Liberal Party in traditional seats, mostly on the back of a call for greater action on climate. In eyewatering numbers, they won, including, most likely, Kate Chaney in the blue-ribbon Liberal seat of Curtin.

Their message was relatively simple. There isn’t much future for our kids if we don’t have, well, a future on the planet. All sorts of system breakdowns start happening with the acceleration of global warming, including, of course, impacts on physical and mental health.

The metric repeated time and again is the 7 per cent carbon footprint of health nationally, with health representing the greatest proportion of emissions of all government portfolios.

So, whatever you make of the election results, there is no doubt that the AMA (WA) has a big part to play in turning the tide of emissions in WA. With four quarterly forums held so far on Climate and Health, bringing together senior representatives in the health system to drive solutions, we’ve started and will continue down this path. What’s clear now is that we are in sync with a significant majority of the Australian population in seeking to take this issue very seriously indeed.

Ironically, the dominant theme of the last two years barely rated a mention in the Federal Election. What COVID? As WA struggles through its plateau before an expected peak of 20-25,000 cases, you could be forgiven for thinking the whole pandemic had never happened. Wishful thinking, wilful blindness maybe, but perhaps indicative of the mental strain it has placed on all of us for such an extended period.

The AMA (WA) wishes it would go away too but has to deal with the disease on its merits, and will continue to call for measures that protect the population. We now seem to have hit the Let it Rip stage of WA’s pandemic response, despite the mayhem caused by increasing cases, significant numbers of deaths, hospitalisations well over 300 and heading north, and a crisis in ambulance response that’s lurching towards disaster, due to the strain on hospitals. In the middle of this are our hard-working, utterly committed but increasingly frazzled and sick doctors, many just hanging out for a rest from it all.

It was therefore disappointing and perhaps insightful that the Premier decided to have a dig at me in a media conference last week, essentially suggesting I was over-egging the current situation. Shooting the messenger won’t help the McGowan Government to brazen this out if the hospital system simply collapses under the weight of hospitalisation.

It’s one thing to have a go at me, quite another to have a go at our hard-working GPs. The Premier suggested GPs were turning away patients for respiratory illnesses, in contravention of the Hippocratic Oath, and thus heaping pressure on EDs.

One would assume that the biggest difficulty in fulfilling the Hippocratic Oath would be having your practice close down due to a COVID outbreak. After all, as was observed in discussions, “GPs are already making superhuman efforts to see as many patients as possible, and keeping vast numbers OUT of ED”.

The welfare of GPs was served somewhat better through the efforts of Federal AMA President Dr Omar Khorshid and the RACGP. Dr Khorshid, who worked tirelessly on his End the logjam in public hospitals campaign to make the case for a better State-Federal health funding agreement leading up to the election, managed to extract a $1 billion commitment from Labor to realise key elements of the 10 Year Primary Health Care Plan. Quite useful, since Mr Albanese has just today been sworn in as Australia’s 31st Prime Minister.

Did I mention the little matter of the State Budget handed down on 12 May? Items such as the $252 million emergency care package were announced before the day. The bottom line? A welcome increase in the operating budget for health, but essentially something in the order of CPI. Yes, a cost-of-living increase. As doctors, we know all about the cost of living. Keeping people living and thriving is our mission and purpose. We can always do with some additional assistance in bearing the cost.