Home | Blogs | Flashback Friday: Can ethics in medicine stand the test of time? 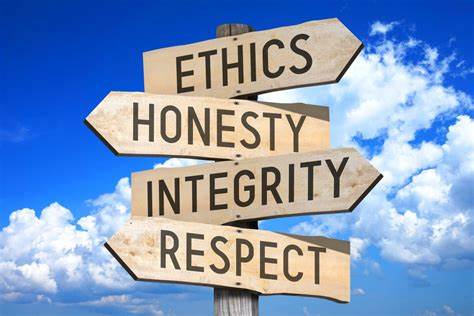 Flashback Friday: Can ethics in medicine stand the test of time?

Are ethics in medicine unchangeable? Do they stand the test of time despite advances in modern medicine and the evolving demands of society? Associate Professor Roger Clarnette explores the issue…

Arguably, modern healthcare systems prevent doctors from engaging in ethical practice because of the complexity of medical technology, scarcity of funding, promotion of community health and the primacy of the state in terms of funding, governance and regulation.

The Macquarie dictionary defines ethics as:

1. A system of moral principles, by which human actions and proposals may be judged good or bad or right or wrong.

2. The rules of conduct recognised in respect of a particular class of human actions: medical ethics.

3. Moral principles, as of an individual. As a practical distillation, it has been proposed that two ethical principles can guide all human action:

1. Do all that you say you are going to do, and 2. Don’t aggress against other people or their property.

Ethics and medicine are inseparable.

Plato wrote “Medicine therefore looks to the interest not of medicine but of the body…the doctor prescribes with a view not to his own interest but that of his patient.” Hippocrates of Cos (460-370BCE) lived at the time of Socrates, Plato and Aristotle and is considered to be the father of modern medicine, not only for his approach to clinical medicine but also for his guiding principles that are detailed in the oath.

These principles include doing no harm, confidentiality and proscription of abortion and sexual conduct with patients. Hippocrates’ tenets have stood the test of time with the exception of abortion. The latter is an example of a useful distinction between ethics, which can be considered to be a person’s guiding principles on one hand, and morality, which is dictated by groups of people and may be politically derived on the other.

Today, abortion may be unethical for individual doctors but morally sound given current practice norms.

Paternalism in medicine was overtaken by autonomy and this explains the centrality of informed consent. However, it is worth noting that if the Nazis’ only ethical failure was the lack of informed consent in their research then their behaviour was no worse than that of most other biomedical researchers at that time.

It was the criminal nature of such research that violated the most basic moral principles.

A year later the Declaration of Geneva (Physician’s Oath) was adopted by the General Assembly of the World Medical Association. It declared the humanitarian goals of medicine and was intended as a revision of the Hippocratic Oath, being a formulation of that oath’s moral truths that could be comprehended and acknowledged in a modern way.

Can the modern doctor meet his/her obligations to these ethical imperatives in current health systems? In clinical practice
there are challenges:

• Doctors now have to consider the legal intricacies of proxy consent. (G and A Act WA 1990).
• The commission of euthanasia is a clear breach of traditional ethics. This is no longer the case in some European countries that have sanctioned euthanasia.
• There is pressure for action against social injustices. Should medicine have a focus on community welfare? Is not maintenance of good health an individual’s responsibility? “If we cut medicine off from a strong connection to individual human suffering then we cut if off at the knees.”
• Should environmentally-concerned doctors advocate use of unaffordable energy sources in third world countries and also deny them access to cheap coal.
• Technology has enabled prolongation of life at considerable cost and at risk of loss of dignity. Allocation of scarce resources means that spending on one patient means less spending on another. Justice may become a more influential ethical principle over-riding beneficence and autonomy.
• Error rates for large health organisations are five times greater than for smaller ones. It takes time and resources to discover, document and fix mistakes. This diverts attention away from patient care.
• A mix between public and private funding creates a fertile environment for rent-seeking and monopolies.
• Allocation of resources and treatment decisions in some systems are determined by third parties (Affordable Care Act, USA).
• Patient expectations and practice norms may induce off-label prescribing of drugs which may be unethical, e.g. use of anti psychotics for treatment of altered behaviour in Dementia.
• Litigation risk prompts unnecessary investigations or medical researchers there are additional challenges. The Declaration of Helsinki drove the need for oversight of research by independent committees.
• This reflects the rise of the affirmation of the individual, of collectivism and a judicial system derived from it rather than professional physician ethics.
• Researchers are obliged to consider the needs of vulnerable patients. “This is because current guidelines and policies
presume that all of those deemed to be vulnerable should be paternalistically protected from researchers regardless of whether or not those involved have a view about the benefits of participation.”
• Also “there is a generally held belief that vulnerable people need legal protection to prevent them from being exploited in the name of science. However, they should not be denied the benefits of research participation.”
• The regulatory requirements for research are expensive, burdensome and lead to delays in community access to effective treatments.

Ethical principles have stood the test of time because we are all imbued with the essential qualities needed to care for our patients. However, in 2014 we are challenged to focus on the essence of medical practice.

Somehow the modern doctor needs to find the time for this while also accommodating the diversionary effects of the shifting moral sands and complexities of the modern world.

Can this accommodation be achieved without surrendering the fundamental values of classical medical ethics?

Roger Clarnette is a Clinical Associate Professor at The University of Western Australia and a geriatrician at Fremantle
Hospital. He is a member of the SMHS Human Research Ethics Committee and senior sessional member of the State Administrative Tribunal WA.