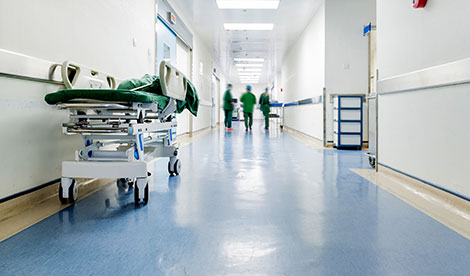 The WA Budget is further bad news for health and means that hospital services will continue to struggle, the Australian Medical Association (WA) said yesterday.

“Unfortunately the 2019/20 Budget provides only a marginal increase in funding for the hospital sector which means longer waiting times for elective surgery, more time in emergency departments and more time sitting in the back of ambulances.” AMA (WA) President Dr Omar Khorshid said.

“It is good to see the Premier and Treasurer announcing a surplus. However health will undoubtedly continue to suffer.

“This is a very disappointing document as far as the health system is concerned and does nothing to address the problems in our hospitals,” Dr Khorshid said.

“We have seen two years of very tight funding in the health sector and we were hoping that with the overall budget in a better position we would see the benefits of waiting. Instead we have been asked to keep waiting forever.

”The Premier spoke yesterday about the 2019/20 Budget offering a “vision for the future”.

For health this is definitely not the case. Although health spending rises slightly to $9.1 billion, up 1.56 per cent, with CPI estimated at 1.75 per cent, this is a real cut. The third in as many years.

“It’s good news, however, that the State Government has finally heeded our calls over some years to act on the ageing King Edward Memorial Hospital and ensure that the medical needs of women and babies are met in a modern facility.

“Whether the money required to move KEMH to the QEII campus comes from the sale of the TAB or from another source is immaterial to us. It is good that money has been allocated for planning in this budget.

“The other good news in the Budget was the recognition, again after a long fight and much advocacy by the AMA, of increased funding for medical research. Western Australia should and could be a leader in medical research and we need to stop the brain drain that is currently attracting our most skilled researchers to other cities and nations,” Dr Khorshid said.

“The additional funding of $52 million for medical research is also a positive announcement. Even better, however, is the determination of Health Minister Roger Cook to introduce legislation to ensure the Future Fund provides a regular flow of money to WA-based medical research.

“This requires the full support of all MPs and all political parties. There is absolutely no reason for not supporting this legislation, and more medical research will ensure a bright future for health in WA.“

Dr Khorshid added that the two years of the work by the Sustainable Health Review has so far resulted in eight jobs in an SHR Implementation Unit.  An unknown amount of money was spent over two years and yet we have virtually nothing to show for it.