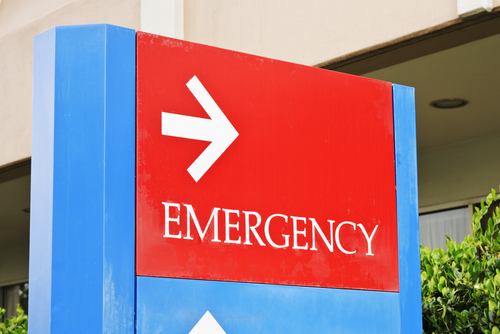 A report in The West Australian yesterday stated that:

“Seventy per cent of patients needing urgent care at WA emergency departments weren’t seen in the recommended 30-minute window in April, despite a surprise fall in hospital presentations. New State ED performance data revealed the lagging response times happened despite an 11 per cent decrease in patient volumes compared with a year ago.

The biggest impact was on triage 3 patients with potentially life-threatening conditions who are meant to be seen within half an hour — a standard that was only met in 30.9 per cent of cases in April, compared with 43.8 per cent in April 2021.

The number of patients seen within four hours fell from 71 per cent to 62 per cent while the figures showed 0.6 per cent of patients did not receive immediate resuscitation. Yet ED presentations were down over the same period — falling to 72,683 in April from 81,638 in the previous year.”

AMA (WA) President Dr Mark Duncan-Smith was invited to The West Live yesterday morning to discuss the situation with reporter Ben O’Shea. This is an edited transcript of the conversation.

The West Live: WA’s emergency departments have been the subject of a lot of criticism over the last year or so, despite the State Government saying we have state-of-the-art hospitals. Our hospital staff are burnt out and people needing help are left waiting in ED lobbies.

Now, new state ED performance data has revealed that even though hospital admissions have gone down in April, wait times have gone up. So, what’s going on here? Joining me now is the WA president of the Australian Medical Association Dr Mark Duncan-Smith. Good morning, Doc.

The West Live: On the surface, this new data seems a bit counterintuitive. You’ve got admissions going down but wait times have gone up. So, what’s happening here?

Dr Mark Duncan-Smith: Look, I think you’ve got to look at this in the total context of health, and unfortunately what we’ve got is that a lot of this, I think, is actually due to ramping.

I mean, if you’ve got an emergency department that is absolutely chock-a-block full of people, it becomes very, very inefficient. So even though presentations may be down slightly and there’s other reasons for that I’ll talk about with COVID, if the emergency department is completely full because you can’t get the patients out of the ED into the already full hospitals, well, it makes it very, very inefficient.

Also, there is increased complexity of patients who are actually presenting, and this is a reason why presentations may be down slightly.

There was a study in Scandinavia that showed that during COVID, the incidence of cancer went down, which of course it didn’t. But what was happening was patients weren’t presenting with cancer symptoms because they were worried about getting COVID in an ED, for example. And so, these problems got worse. When they did eventually present, they were much more complicated, much more complex. So that’s part of the problem as well.

It’s a very, very complex situation, but it does need to be properly analysed and worked out where the pressure points are and what needs to be done to relieve them. Certainly, the AMA (WA) is already in discussions with the Government about holding another symposium. We did one last year about ramping in EDs and trying to find solutions; we’ll be looking at doing another one of those later this year.

The West Live: And from a medical perspective can you explain to us what it means that level triage 3 patients got seen about 50 per cent of the time within half an hour back in April, but last month it dropped down to only about a third of the time. So, when they’re waiting a bit longer, what does that do, and how severe are the conditions when you’re talking about triage 3?

Dr Mark Duncan-Smith: If we go to a proper study that was actually published in Australia about EDs, what they actually found out was that basically, if you presented to a crowded ED, you had a 10 per cent greater chance of dying in the next seven days. So, what that’s saying is that basically, your care is compromised when EDs are crowded. So, basically this delay in getting seen, and possible diagnosis not quite being right, does lead to a 10 per cent chance of dying in the next seven days.

So, in other words, worse outcomes. Generally speaking, patients with chest pain are going to get seen very, very quickly, but someone who has quite bad shortness of breath may experience a delay in being seen, which is not ideal.

Ultimately what we want to see are wait times at zero. When the patient comes in, they get straight through, and they get seen. But while the EDs are crowded, that’s not going to happen. A major problem is workforce. So, it isn’t just about beds. When I keep talking about beds and capacity in the system, I’m not just talking about a bed. I’m talking about a bed that’s got doctors, nurses, cleaning staff and catering. That’s what a bed is; it’s where you can treat a patient.

Unfortunately, WA Health is not an employer of choice, and we are going to see problems recruiting healthcare professionals to WA over the next year or two. We’re seeing NSW really increase its ability to actually recruit, through, I think they call it a loyalty payment.  This sort of thing is happening in the market for healthcare professionals, and at this stage, WA may unfortunately be lagging the rest of the country.

The West Live: Are we getting a bit left behind here because, you know, during the pandemic when the borders were closed, Mark McGowan, and then Health Minister Roger Cook would say, well, you know we do have problems in the health system, but that’s because we can’t get staff in because the borders are closed; it’s just a bit of a tough period. But when the borders open, there will be no worries.

The borders have been open for a couple of months now. Are we seeing any difference at all to staffing levels, and people coming into the system from interstate or overseas?

Dr Mark Duncan-Smith: The bottom line to that answer is no. Statistically, the Government will be able to show an increased number of doctors, but they don’t tell you how many doctors actually left the State. A lot of the young Irish doctors who come into the State are junior doctors and mostly on a year’s travelling holiday, with no actual pathway to stay. So yes, that’ll produce figures that say “yeah, we’ve had 300 doctors come into WA, and aren’t we doing well?” But for all we know, 300 have left or even 400, but unfortunately, we just don’t have those figures.

Now, on the ground, we are not seeing a plethora of doctors or healthcare professionals. So, the short answer is no. But the long answer is yes. You can produce statistics to suggest that there has been an influx, but the reality is, on the ground there hasn’t.

The West Live: Well, I think what you raise there is a very interesting point about the information that we get from this Government. Shadow Health Minister Libby Mettam has come out and accused the State Government of burying the most recent ED stats, and we’ve spoken before about a lack of transparency around COVID modelling. Do you think there’s a bit of a transparency issue when it comes to the health system in WA.

Dr Mark Duncan-Smith: Look, it’s hard to analyse but to suggest that this is being done deliberately would suggest conspiracy, and whenever you’ve got a choice between competence and conspiracy, it’s typically incompetence. So, I don’t know if there is a conspiracy to conceal things. They’re talking about a technical glitch as a reason that they couldn’t produce these statistics. It probably is true, but unfortunately it has the appearance of basically a system with a lack of transparency.

So, look, I always want greater communication, greater accountability and greater transparency, which are all aspects that I think WA Health lacks. That’s why the AMA (WA) called for a corporate governance review of WA Health over a year ago, which is happening now. We’re looking forward to the Government looking at all those aspects of the corporate governance of WA Health, to basically improve those three parameters: accountability, communication and transparency.

The West Live: Yeah, and the WA patients are the ones who will benefit from a good honest assessment of that. But I think any time that you fall back on incompetence as your preferred explanation, it’s not a good sign, and it’s not so reassuring for the health system.

The West Live: Yep, and hopefully sooner rather than later. AMA (WA) President Dr Mark Duncan Smith, thanks as always for joining us on The West Live.