State Budget 2022: Lack of beds and lack of workforce, so no room for lack of political will to address capacity issues | AMA (WA)
Skip to content
AMA (WA) MEMBER LOGIN

Home | News | State Budget 2022: Lack of beds and lack of workforce, so no room for lack of political will to address capacity issues 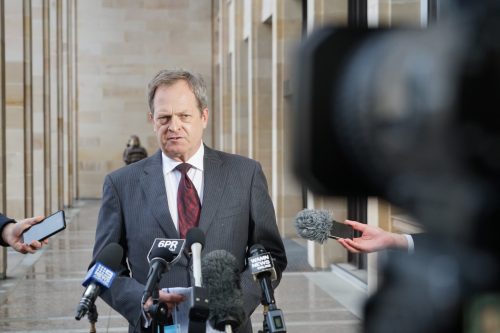 State Budget 2022: Lack of beds and lack of workforce, so no room for lack of political will to address capacity issues

Capacity issues remain at the forefront of the AMA (WA)’s concerns, even after an apparent increase in health spending in the State Budget handed down today.

“Health in WA is in a chokehold caused by the lack of beds, the lack of workforce, and the lack of political will by some,” said AMA (WA) President Dr Mark Duncan-Smith.

“The McGowan Government has plans to reopen 530 beds this year, yet the operational budget is only increasing by 3.3 per cent, which is effectively CPI. This is hardly in line with Government rhetoric suggesting this amounts to a new tertiary hospital.

“This will probably get us off the bottom of the national list of the number of beds per head of population, but still not far up enough to make a huge difference.

“The AMA (WA) would like to have seen provisioning for a further increase in beds, and the outlining of a longer-term strategy for achieving that. There is nothing in the forward estimates suggesting such a strategy is on the cards.”

“It represents a quantum shift from an administration that was previously unwilling to even admit we were facing a crisis,” he said.

“The new minister has not been in the job long, and we would hope the mid-year Budget will directly address a longer-term solution to the fundamental lack of capacity in the system. This could be in the form of a working group to look at the next tertiary hospital in Perth, and significant upgrades in capacity to country hospitals.

“My fellow Councillors at the AMA (WA) and I look forward to assisting the Health Minister in creating a better health system for all West Australians.”

Dr Duncan-Smith also welcomed the increased focus and spend on country health, as well as the increased commitment to major mental health projects, including implementation of the Infant, Children and Adolescent (ICA) Taskforce; and step-up, step-down services at Broome, Karratha, and South Hedland.

To address patient flow issues, the Government has approved infrastructure works for 147 new mental health inpatient beds to become operational over the next five years to meet current and future demand.

“This appears to fall into the ‘good news’ category,” Dr Duncan-Smith said.

“But the shine quickly wears off when you consider the hundreds of mental health patients who continue to wait more than 24 hours in public hospital EDs every month, despite the issue being identified by the McGowan Government in WA’s 2019-20 State Budget.”

In addition, the AMA (WA) had also hoped for full funding of an electronic medical record system this budget. Doctors have identified that an EMR will increase safety and productivity, and is absolutely intrinsic in integrating primary and tertiary care.

Last year the AMA (WA) painted a grim picture of our State’s health system through its Action Agenda, a 15-point plan detailing practical measures that could help arrest system decline.

We had since felt encouraged by the McGowan Government’s response to some of those issues, which included the reopening of some previously closed beds, the establishment of a GP Primary Care Taskforce, a Corporate Governance Review of WA Health, and developing enhanced services and effective clinical governance at the new Women and Babies Hospital.

“Today’s State Budget represented an important opportunity to address the outstanding concerns outlined in the Action Agenda, but yet again, Western Australian patients and healthcare workers have been short-changed,” Dr Duncan-Smith said.

“The AMA (WA) is keen to work closely with the Government and the Department of Health towards building up our health system into one all Western Australians deserve.”