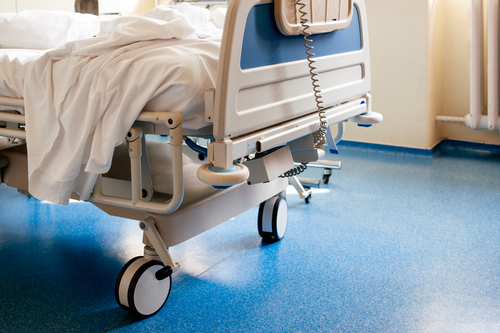 The AMA (WA) will always welcome increased spending on health, and does so today. We applaud the Government for recognising out-of-control and sustained ramping as unacceptable and a health crisis in WA.

It is our concern these measures will have the appearance of action being taken against ramping, without providing a cure or even making a material difference to the crisis.

Nevertheless, we are heartened and encouraged by the announcement of a Ministerial Taskforce led by the Health Minister. It shows that the Government has taken responsibility for the problem of ramping, and we would welcome the opportunity to participate.

Today’s suite of announcements appear to be one-offs, or short-term, and we would like to see a comprehensive plan to address ramping and the lack of capacity in the system, with appropriate recurrent funding.

The primary cause of ramping is lack of capacity in the system. Our hospitals are always full, and patients can’t get out of the ED. We were the lowest number of beds per head of population of any state or territory in Australia in 2020.

In 2021, as part of the AMA (WA) Action Agenda, our 15-point plan to address the healthcare crisis, we called for 612 fully funded and staffed beds to bring us up to the national average.

To start to lead rather than lag the nation on bed numbers, we would have needed 1,000 to 1,500 extra beds at that time. Although previously closed beds have started to be reopened by the McGowan Government, other states have also opened beds, and we are likely to stay at or near the bottom of the list with the McGowan Government’s current plan for beds.

The AMA (WA) would like to have access to a comprehensive audit of beds that are open in the public hospital system, with monthly or quarterly updates provided. Such transparency would alleviate endless speculation about the real state of bed numbers at any one time.

We welcome the 120 beds to assist with aged care transition, as this will assist with capacity. However, at just under $ 60 million, this sounds like ‘rent-a-bed’. There is no detail, and we would like to see real capital investment in WA Health, and not just renting beds from the private sector as a short-term band aid.

Nurses in overcrowded waiting rooms are welcomed to make them safer, but it is an admission by the Government that the system is in a crisis. The AMA (WA) would also like to see a comprehensive plan to make the ED waiting rooms less crowded. A published study showed if you present to a crowded ED, you are 10 per cent more likely to die in the next seven days in Australasia.

All of these measures will require more doctors and nurses, but WA Health is not a national or international employer of choice. We would like to see a plan from the McGowan Government to increase the attractiveness of WA to healthcare professionals, to assist with recruitment, retention and work force stability.

The AMA (WA) looks forward to continuing to work cooperatively with the Government to produce better health outcomes for Western Australians.