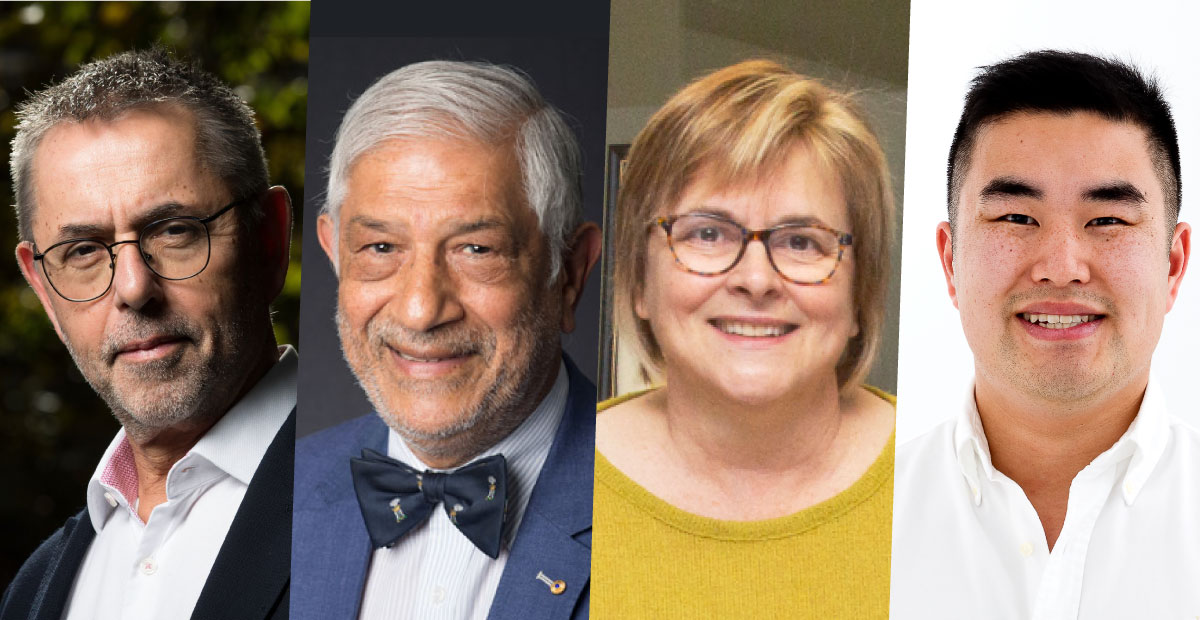 Presented at the Gala Ball at the Perth Convention and Exhibition Centre during the AMA (WA)’s inaugural medical conference, MEDCON21, Dr Swan was due to fly in from Sydney to accept the award in person but last-minute COVID-19 restrictions quashed the plan.

Outgoing AMA (WA) President Dr Andrew Miller, who handed the mantle to Dr Mark Duncan-Smith at the AGM the previous evening, acknowledged Dr Swan as a leading voice during the pandemic.

“Dr Swan is meticulously prepared and takes the public interest very seriously with his prominent role at our public broadcaster; he embodies the values we cherish at the AMA (WA),” Dr Miller said.

Dr Swan hosts RN’s Health Report and since the COVID-19 pandemic, and co-hosted Coronacast, a daily podcast on the coronavirus. Dr Swan is also a reporter and commentator on the ABC’s 7.30, Midday, News Breakfast and Four Corners and a guest host on RN Breakfast. He is a past winner of the Gold Walkley, with his most recent Walkley Award in 2020 for Coronacast.

Dr Swan was awarded the medal of the Australian Academy of Science and has an honorary MD from the University of Sydney.

Usually presented to a non-clinician who has made an outstanding contribution to health, the AMA (WA) President’s Award has also recognised doctors who have blazed a trail beyond clinical work, to promote and champion the health and wellbeing of all West Australians.

The other awards presented at the Gala Ball acknowledge clinical excellence and an overall dedication to the medical profession.

The Hippocrates Award was awarded to Professor Meredith Borland and Professor Mark Khangure. The Junior Doctor of The Year Award (also known as the Dr Camille Michener Legacy Award) was won by Dr Dean Choong.

Outside of his work in the hospital, Dr Choong’s heart is in his community. He volunteers with Heroes Academy and also spent time volunteering in medical outreach clinics in rural WA and overseas in India.

The Hippocrates Award, commonly referred to as ‘the Hippo’, honours doctors who have made a significant contribution to medicine.

Professor Borland has worked as an emergency consultant since 2004 at Princess Margaret, now Perth Children’s Hospital, and was Head of the Emergency Department between 2012 and 2020, as well as taking on roles as the Chair of the Clinical Staff Association and Medical Advisory Committee. Prof Borland developed a passion for clinical research and has been the successful recipient of a host of prestigious research grants. She was a founding member of the executive of the Paediatric Emergency Medicine Research Network known as PREDICT and is the current network chair.

She has been both a formal and informal mentor to a generation of junior and senior doctors throughout her time as ED Head and during her time as the Director of Clinical Training.

While at RPH, he pioneered the technology of treating a brain haemorrhage without any surgery or intervention. Called Interventional Neuro-radiology, this treatment can also be used for haemorrhages in the lungs, kidney, liver and other body parts. His department at RPH was named the Centre of Excellence by the federal government, while he has also taught this technology to generations of future radiologists.

Over his career Prof Khangure has received a multitude of accolades, including a Gold Medal from the Australian and New Zealand Society of Respiratory Science. He was a recipient of an Order of Australia in the 2017 Australia Day Honours.

Dr Duncan-Smith was impressed with the outstanding and diverse contributions represented by the award winners.

“This is a very deserving group of recipients and it was very fitting to honour them at our inaugural medical conference, MEDCON21,” he said.

“This weekend has been all about sharing our collective medical knowledge in an engaging and stimulating environment, which is what all these winners have done with great success in their careers.”