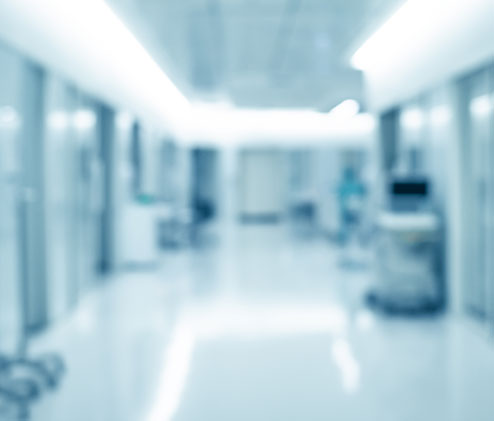 AMA (WA) President Dr Mark Duncan-Smith held a media conference this afternoon, on the first day of the scaling down of elective surgery in public hospitals. With today’s figure of just over 4,000 cases, after numbers above 5,000 were recorded last week, the media wanted to know whether the Government should abandon its changes to elective surgery, with private hospital surgery scheduled to be scaled down from next Monday, 21 March.

Dr Duncan-Smith was also asked about where Western Australia stood in terms of its overall response to the pandemic, as well as fielding questions about the reliability of rapid antigen tests (RATs).

The following includes some of Dr Duncan-Smith’s key messaging from the media conference:

“The peak in new case numbers we don’t know exactly because the Government is the only one with the full modelling. Some of our doctors, however, have been tracking the numbers, but they’re not expecting the peak until probably very late this week, or even next week.

With respect to the new ICU at Royal Perth Hospital, the AMA (WA) welcomes the development of that facility, the extra 24 beds, most importantly with negative pressure. This is a great facility to take care of COVID-19 patients.

We request the Government to look at the concept, as we have very low numbers of ICU patients, of possibly concentrating COVID ICU care. Even making the RPH ICU the COVID Centre for Care, or with another tertiary hospital in combination. This would have to be done in consultation with ICU consultants and networks, but the new facility seems perfect for this. There are 24 beds that are negative pressure, and another 20 beds available as well.

The AMA (WA) calls on the Government to give consideration to not interfering with private elective surgery unless it is absolutely necessary and imminent, in the event of apparent collapse of the public medical system. But as the numbers are low, as the hospitalisations are low, as the ICU is low, we don’t think this is going to be necessary, and we call on them to consider not interfering with private elective surgery at all.

We all know that elective surgery is necessary surgery, and people on waiting lists do get worse, do get an advancement of their diseases, and it does lead to increased emergency department presentations. If we don’t need to interfere with elective surgery, then we shouldn’t do it.

On the testing, numbers on a weekend are typically down on during the week, and this is what we saw last weekend. We saw a 20 per cent reduction from Friday to Saturday, and another 20 per cent reduction from Saturday to Sunday of actual testing numbers, and a corresponding 20 per cent decrease in actual positive PCRs on those periods as well. This is a normal weekend occurrence and does not represent the peak of this pandemic.

The cancellation of elective surgery is up to the Government. They’re the only ones that actually have the modelling, so I can’t say whether it’s necessary or not. The same as no one knows when day zero was in the modelling that they’ve released, so we actually can’t track this independently. They’re the only ones that can do it, and, again, knowledge is power. They have that power, and they have the power to either re-institute elective surgery or cancel it.

I was expecting things to be a lot worse at this stage in the pandemic. I think it is testimony to the people of WA with their high vaccination rates, the fact that we’re now 70 per cent boosted. It is a testimony to the people of WA for following the restrictions and the advice of WA Health. We have also got the perfect combination of oral antivirals and intravenous antivirals coming online as well, and this has all led to us being in the best position of any state in the world, and congratulations to WA for doing that.

RATs do have a purpose in our current outbreak. RATs are not as accurate as PCR, but as you get a lot more disease in society, then the false positive rate, which is what the problem is with them, becomes less significant. The predictive value of a positive test with a RAT increases, and actually gets close to a PCR when you get a lot of disease in society.

The other advantage of RATs is that they are scalable. They can be purchased by the community and used, as opposed to a PCR that requires testing laboratories, and has limited ability to actually be expanded.”