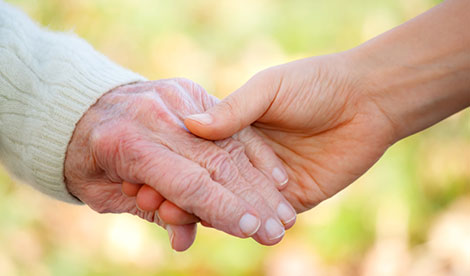 The more than 1500 doctors who responded to the survey expressed concerns about the VAD Bill as it currently stands, with huge majorities agreeing it needed amendments in relation to its equity, safety and workability.

The survey is the biggest yet on the VAD Bill including the public forums held by the Ministerial Expert Panel on VAD, and was conducted by independent company TrueVote and involved both members and non-members of the AMA (WA).

AMA (WA) President Dr Andrew Miller thanked every doctor who took part in the 30-question survey and said the results clearly demonstrated that the Bill needed major amendments before facing a final vote on the floor of Parliament.

“Amendments to the VAD Bill are vital to ensure it is fairer, safer and more workable. Unusually the Bill passed the lower house with no amendment after all night sittings so the Legislative Council is now entirely responsible for amending this piece of legislation.”

“I ask Members of the Legislative Council to take this draft legislation slowly, to consider its likely impacts carefully and to amend it in positive and important ways,” Dr Miller said.

Dr Miller added that the AMA (WA) would support the Bill being examined by a Parliamentary Committee as part of the consideration by Parliament.

“Asking a Parliamentary Committee to consider this rather rushed legislation is an effort to make sure the WA Parliament does not create loopholes or unintended effects that society does not want,” he said.

“Before going down this path we have to ensure we have the safest Bill possible. It is already weaker in many respects than the Victorian legislation on which it is based,” Dr Miller said. It is also vital that the spending on palliative care in WA be substantially increased as part of the debate over the VAD Bill.

“Palliative care is a human right. There must be a significant increase in funding for proper palliative care as part of the debate over VAD,” Dr Miller said.

The survey demonstrated a large majority of doctors believe that at least one of the two doctors involved in the VAD process should be an up to date specialist who works regularly in the patient’s disease, as is the case in Victoria; while a massive 91 per cent agreed that some groups of doctors should be exempt from all responsibilities to perform acts under the VAD Bill, such as doctors in training, administrators or those who are never involved in end of life care.

Large majorities also expressed concern about the proposed legislation when it came to the storage of VAD substances at home and what time should elapse before a patient should be reassessed; while 90 per cent of doctors surveyed want measures that would prevent euthanasia business models that generated large profits.

The survey results have been sent to all WA State Members and Dr Miller said he would be meeting as many of them as he could.

“I have meetings already organised with a number of MLCs and MLAs and I am ready to meet and discuss VAD, and this legislation in particular, with anyone who wants to hear from the only large group of doctors that have spoken on this” he said.

“This process has at its centre two doctors who make the judgement calls, so the profession should be heard by the Legislative Council.

“We would be doing the public of WA a disservice if we did not make our concerns known clearly. We will be supplying more information about our concerns and our proposals as the Parliamentary debate goes on.”

“The AMA (WA) is listening to doctors and patients and we will continue to do so in an effort to ensure that if this law comes into effect it is equitable, safe and workable.“