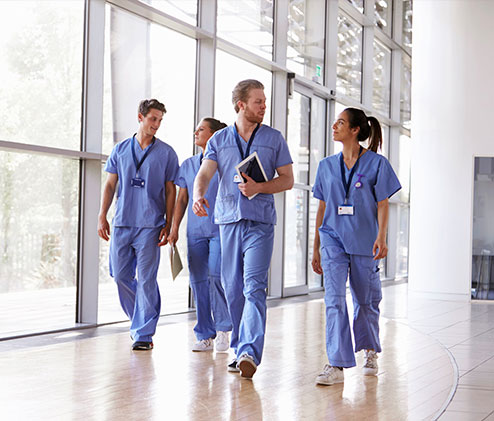 With the Government beginning the scaling down of some private hospital elective surgery today (Monday, 21 March), changes to the arrangements have already been made. Private hospitals will resume day surgeries and surgery requiring a single night stay from Wednesday 23 March. According to the Government: “The Chief Health Officer has determined that day and single night stay Category 3 and non-urgent Category 2 surgeries can restart at private hospitals, as Western Australia’s world-leading vaccination rates keep hospitalisations down.”

The AMA (WA) held a media conference this afternoon to respond to the changes, and AMA (WA) President Dr Mark Duncan-Smith also provided commentary on trends in daily cases, as well as child vaccination:

“The AMA (WA) has been lobbying that private elective surgery should not be interfered with unless absolutely necessary, such as the public system about to implode. That is clearly not where we are, and we applaud the Government for taking this step today to reinstate elective surgery Category 2 and Category 3 for overnight surgery for Wednesday this week. Because we’ve done so much better than expected, I would have liked to have seen an announcement last week, but we’re very happy to get the announcement this week.

Elective surgery is not unnecessary surgery. People who don’t get elective surgery… their conditions get worse, and if necessary, they may even need to have to present to the emergency department. Any cancellation in elective surgery leads to backlog and wait lists, and that’s something that nobody wants, public or private.

The rolling three-day average the last five days has been around 6,000 cases, plus or minus 10 per cent. This may represent entering a new phase, where we actually end up with a plateau that may be sustained, rather than a short sharp peak.

Children have represented 11 per cent of admissions, and most of these have been in children under the age of 10. This is a sign that children do get severe disease, and there is also the risk of long COVID. Accordingly, I call on all parents, especially in that age 5-11, where there is only about 50 per cent vaccination, to either get their child’s first dose, or second dose if the first is already done. My daughter, who’s six years old, has had a second dose and I can tell you, as a parent it is a very comforting feeling to know that she’s got that second dose undertaken.

I don’t think restrictions should be lifted. I think that we do need to wait and see over the next week or so, and see whether we do actually end up with a peak. We have plateaued for the last five days and that is encouraging because it’s flattening the curve.

They only have a population of 1.7 million. We have 2.7 million, but we are much more highly vaccinated. We still need to see whether we go up or go down, or stay on the plateau, and that’s why we need to maintain the restrictions where we are now. If we stay where we are for the next week or two, and there are no major demands on the public healthcare system, the Government should seriously look at reducing restrictions.”