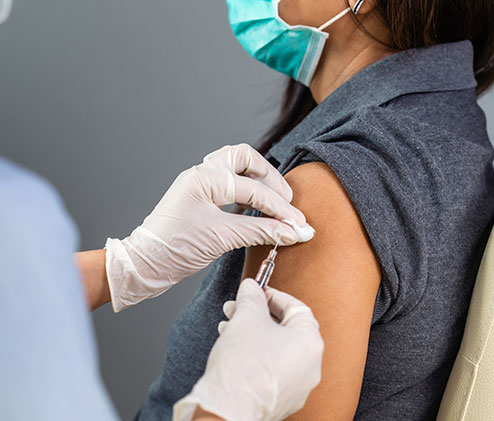 The AMA (WA) is concerned that if the number of people with a third dose of vaccine, or booster, is not high enough come 5 February, the medical system may end up busted.

In other states and countries there is evidence that medical systems are coming under extreme pressure from Omicron through the sheer number of infections.

This is despite some suggestions admission rates are lower with Omicron.

However, there is evidence from the UK that patients over the age of 60 are just as vulnerable to Omicron as they are to Delta and will represent the majority of hospital admissions, but we have already seen a two-year-old succumb in South Australia.

In the UK, the medical system is looking to create new and extra surge beds in gyms or teaching areas of existing hospitals to deal with the expected demand of cases.

Most surgery is being cancelled in Victoria, and in South Australia the capacity for elective surgery was scaled back less than two weeks after opening its borders.

New South Wales is also likely to cancel elective surgery again in the near future, as it did with the Delta outbreak.

Doctors working in the medical system in the eastern states have described it as “torrid and disastrous”.

Omicron is taking over the world as the dominant strain and is three times more easily caught than Delta.

An mRNA booster reduces the chance of severe disease with Omicron by 98 per cent.

“The key to protect our society, our medical system and ourselves is vaccination.

“I urge all Western Australians who are eligible for a booster to get it as soon as you are eligible, and all parents to have a plan to start to vaccinate their 5- to 11-year-olds from 10 January.”