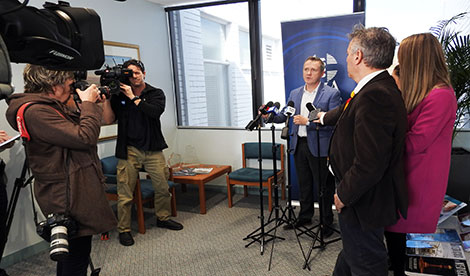 The Australian Medical Association (WA) has called on the State Government not to rush the community in its consideration of the Voluntary Assisted Dying Bill, which has just been introduced into State Parliament.

While the AMA (WA) is opposed to any legislation that allows the termination of life, Parliament and society, of course, have a right to consider this approach.

“For example, unlike in Victoria, there is no permit required to ensure that these decisions are legal, robust and supported by scientific evidence. There is no requirement to assess patient capacity just prior to administration of the lethal drug. And there is also no requirement for the two doctors involved to be independent of each other financially, nor to have any expertise in the medical condition experienced by the patient or palliative care,” Dr Miller said.

“It also sets the stage for euthanasia enthusiast doctors to make WA a centre for this practice with minimal oversights.

“People need time to understand that it does not simply mean there will be one easy medication on order at the end of life.

“Your loved ones deserve our time, resources, care, company and comfort – from whatever medication they need to however much they want, in their home or a world-class facility.

“Lethal drug administration for convenience seems an easy way out, but it would come with great risks for those who can be coerced, which sadly we know to be common in our society which has a high rate of elder abuse.

“Many sick people already feel they are a burden. Are we now introducing a ‘duty to die’ so that they give as their final gift a quick death to relieve us of their existence? We should consider that thoughtfully.

“Are we introducing a temptation for governments to cut healthcare where it seems life may not last much longer, now that there is an easy, cheaper option?

“Essentially this Bill proposes to allow two doctors to end the life of your loved one in 10 days, without having to tell the next of kin or anyone before, or after, what is going on, and without needing a permit to do so.

“As a relative you won’t get a chance to ask what evidence the prognosis is based on, or what the palliative alternatives are, or if your Mum or Dad really know what is going on. Are they depressed? That takes some time to work out and treat.

“Those of us who have elderly relatives know that even when they have capacity to make decisions, they can be easily influenced. Leaving family out of this means the ones who care for them will have no idea a death is about to happen – and will not be told even afterwards that it was suicide,” Dr Miller said.

The AMA (WA) said it would campaign strongly for a proper understanding of the Bill and would make contact with all Members of Parliament.

Dr Miller pointed out that all MPs have a responsibility to stop and think carefully before allowing the State Government to rush this dangerous legislation through.

“If passed into law, it could only take 10 days from first requesting VAD to death, with no requirement for family involvement, objective expert opinion on your loved one’s disease, or for good palliative care to be provided at no cost to the patient or their family.”

The AMA (WA) strongly believes that there must be extensive opportunity for the public and other stakeholders to consider and comment on draft legislation.

“This legislation will have a substantial impact on the way we approach not just death but life itself, as we try to fight for resources to care for the very ill and disabled. If we decide to go down this road, we should do so slowly, methodically and with great care as no similar system, even those with safeguards much tighter than this, has been without casualties.

“For many MPs, this will be the most significant legislation they have ever been asked to debate and vote on.

“Society has a duty to offer something better for palliative care than lethal medication. Free, good quality palliative care is not available everywhere, especially in the regions.

“Are we really saying that it is okay for terminally ill people to be offered suicide before we fix that?

“Let’s listen to palliative care providers about what can be fixed in the system first. Once this law is in place, the easy option will make it harder to get the money, time and care the government should be putting into looking after citizens,” Dr Miller said.