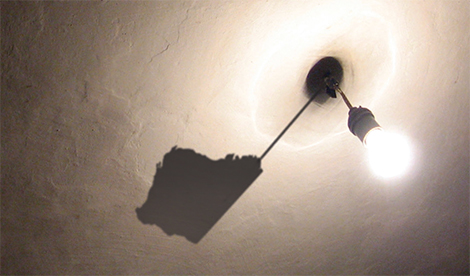 The Australian Medical Association (WA) has welcomed the introduction of legislation into State Parliament that will substantially increase funding for medical and other research, and potentially provide a boost to Western Australia’s economic future.

The WA Future Fund Amendment (Future Health Research and Innovation Fund) Bill 2019, introduced into Parliament yesterday will finally supply substantial amounts of money into medical research and follows years of encouragement by the AMA (WA) for politicians to look to the future.

AMA (WA) President Dr Andrew Miller said this was the opportunity to change the perception of WA being merely a mining state to one that looks towards a future based on innovation, research and job creation.

“Due to our isolation, we must offer exceptional medical leaders good reasons to come to WA and to base themselves here long term. Becoming a centre of excellence in medical research will be good for patients, and great for the State,” Dr Miller said.

“This is a major step towards making WA a clever state and to stop the intellectual wealth of our State being poached.”

Dr Miller said he was particularly pleased the State Government had undertaken – following encouragement by the AMA (WA) – to ensure that a portion of the funds would be provided to younger researchers and innovators.

“The AMA (WA) has consistently called for increased spending in key areas of medical research. For too long we have watched a brain-drain of skilled and experienced researchers, including clinical leaders, from WA to other states – especially to Melbourne – and overseas.

Dr Miller also called on the Opposition to support the legislation.

“This is a win-win. The money is there and it should be allocated responsibly to help under-pin our State’s future medical culture.”

Six years ago, the AMA (WA) engaged respected economic researchers Paxon Group to write a business case for WA Health and Research Funding. This found that in comparison to the rest of Australia, research in WA was suffering a major shortfall.

“WA has a strong record in producing world-leading research, including Nobel Prize winners. We have many independent institutes and hospital-based foundations doing great work. (https://ww2.health.wa.gov.au/Articles/F_I/Hospital-foundations-and-research-institutes).

“For this to continue and reach its potential, however, we need to ensure that funding is available for young researchers to be competitive in WA so they can remain in the State.

“There’s no doubt WA has the research capacity; we have the researchers who in turn have the drive, intelligence and connections necessary to excel in research. What we haven’t had until now is the political understanding. We call on all political parties to support the excellent initiative the Health Minister Roger Cook has shown with this Bill,” Dr Miller said.