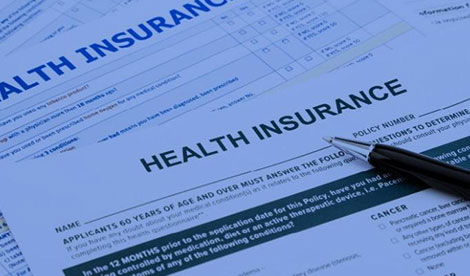 The AMA today released a prescription for private health reform, drawing on demographic, wage, and membership data to propose a suite of policy solutions for Government to implement to reverse the decline of private health insurance.

“The AMA has studied the data and designed detailed, realistic and, most importantly, implementable solutions to ‘stem the tide’ of the insurance decline,” AMA President, Dr Omar Khorshid, said today.

“The AMA’s Prescription for Private Health Insurance clearly shows the negative impact on premiums and affordability that young people leaving the system has had.

“But dig a little deeper and you see the impact that older people entering insurance also creates, compounding the negative effect and creating the ‘spiral’ we constantly hear about.

“Add to that the lacklustre growth in wages compared to the increase in premiums every year, and the size of the challenge facing us becomes clearer.”

AMA analysis indicates that the existing policy settings used by Government are outdated – no longer having the desired effect, due to: changes in the cost of premiums, young Australians earning relatively less than older generations, and Medicare and health fund rebates falling behind the cost of providing services.

“As our research shows, Medicare funding has fallen far behind CPI, and while doctors have held on as long as they can, we are clearly reaching a breaking point,” Dr Khorshid said.

“There is still time to turn around the decline. Policies based on our detailed analysis of the underlying problems, and our recommended solutions, can be developed to address the issues which are failing Australians.

“What is promising is that our analysis indicates that investment made by Government into private health insurance still remains an effective way to fund a system that delivers nearly 60 per cent of our elective surgery.”

The report outlines the necessary changes required to the premium rebate, lifetime health cover loadings, Medicare surcharge levy, and youth discounts to improve the affordability for younger Australians and those on lower incomes, while also incentivising people to maintain their insurance in the longer term.

Further policy reforms are recommended to the design of private health insurance policies, such as a minimum level of benefits being provided to improve transparency for consumers and demonstrate the value for patients.

“It’s also important with such a complex system that we have a strong, independent regulator of private health insurance, so that patients can have peace of mind that their hard-earned contributions are being used effectively,” Dr Khorshid said.

The AMA Prescription for Private Health Insurance is available at https://ama.com.au/article/ama-prescription-private-health