Home | Blogs | Working towards an outcome 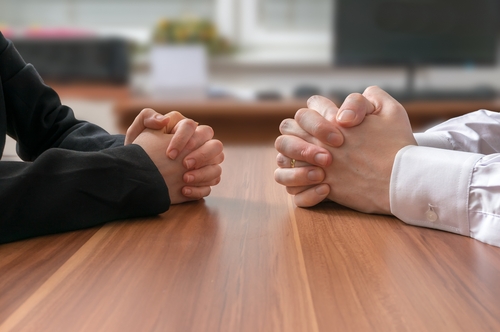 Working towards an outcome

At Monday night’s AGM, I was re-elected, for a second year, as AMA (WA) President, along with Vice Presidents Dr Katharine Noonan and Dr David McCoubrie.

The significance of the role, and its responsibilities, has been felt most acutely in recent weeks, as the AMA (WA) has engaged in final negotiations with WA Health before the WA Industrial Relations Commission (WAIRC) for the industrial agreement for public hospital doctors.

When I say public hospital doctors, I mean we are the organisation negotiating for all doctors members and non-members. The outcomes we achieve will flow on to the entire public health system.

This is the culmination of a process started in − wait for it − 2018, when preparation and consultation began for a replacement agreement for the 2016 (and still current) agreement.

So, the stakes are high, and there is a real urgency to delivering an outcome in 2022. Not the least because there is no flow-on effect on salaries until the agreement is signed.

Whatever the merits of the current offer from WA Health, it sets us on a path to regular salary increases. This has never been more important, given the significant cost-of-living pressures the whole community is enduring. It’s been anything but an ordinary path to negotiation.

The previous agreement was delivered under the State Government of Premier Colin Barnett. In 2017, the Labor Government under Mark McGowan was elected, on a platform of severe budgetary restraint to arrest State debt. Their Public Sector Wages Policy introduced the $1,000 per annum salary increase, much to the chagrin of public sector industry representatives.

While grudgingly accepting their part in budget repair, no one thought this was a situation that could go on indefinitely, especially as the State’s coffers grew on the back of an improved market for WA’s iron ore. Then we had the intervention of something well beyond any of our expectations, the global pandemic that hit us in 2020.

The State Government’s stewardship of this emergency, with the borders slammed shut to most travel, with the AMA (WA)’s backing, put the iron into Premier Mark McGowan’s authority and standing. That culminated in a truly remarkable 2021 State Election, when Labor was not only returned, but left the Opposition a smoking ruin with a small sedan’s worth of representation.

The mandate given to Mr McGowan and his team, including new Health and Mental Health Minister Amber-Jade Sanderson, has made pushback on salaries difficult. But the AMA (WA)’s prosecution of the public hospital health crisis, with spiralling ambulance ramping and overwhelmed emergency departments, has given us our own authority as a trusted voice protecting the interests of doctors, healthcare workers and the community dependent on those services.

As a result, and with a refreshed relationship with the Minister’s office, along with a reset after years of service from former health minister Roger Cook, a new offer has been provided to AMA (WA) recently.

We’ve completed our ‘roadshow’ of meetings with the various health services and practice groups, speaking to both members and non-members, with CEO Dr Bennie Ng and Workplace Relations lead David Copland representing us admirably, including at those events I’ve been unable to attend.

We look forward to providing an update very soon, and sharing with you what we hope is a finalised, signed agreement. No agreement is an end in itself. There will be challenges, disappointments, but lots of achievements as well.

Our consultation with public doctors has already encapsulated all those qualities.

The most important thing is we keep on moving, maintaining our commitment to representation of the best interests of doctors, and the overall quality of the health system and working conditions for all doctors, not just those in the public system.

Along with the rest of the Council, whose service I am truly grateful for, I look forward to delivering on that over the coming year as AMA (WA) president.