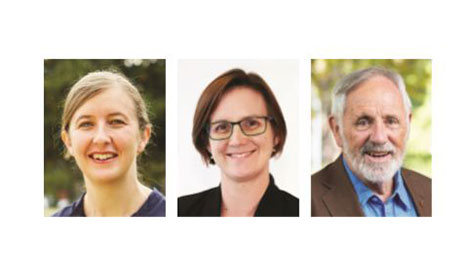 In 2009, the Lancet called climate change the biggest global health threat of the 21st century (Costello et al., 2009 ), recognising that it poses an existential threat to humanity. In the current public debate, doctors are uniquely well placed to speak to the impact of climate change on the health of communities. Why is this?  Because doctors understand science; doctors understand public health issues and the need for prevention; and doctors are recognised for their commitment to the wellbeing of the community. The community will listen to the voice of doctors in times of danger.

While there is overwhelming evidence on the nature and causes of climate change, the public discourse has been confused by the pronouncements of industry vested interests and certain media sectors. Doctors, recognised for their scientific training and independence, can help to correct the discourse. We can assist with adaptation (helping patients manage unavoidable changes in their environment) and, most importantly, advocate for mitigation (reducing carbon emissions) to avoid the unmanageable.

Doctors understand public health issues and the importance of prevention

Doctors are familiar with the history of tobacco and the devastating consequences for public health. The health effects of heatwave and smoke pollution, and the childhood trauma of bushfire evacuation, highlight the lifelong impacts of environmental change and the need for intervention to prevent exposure before the harm is done – doctors understand this. It is frustrating that while there is recognition that the bushfire crisis was unprecedented, it is rarely acknowledged that it may have been predictable.

The public recognises that doctors have a professional obligation to protect and promote the health of our communities. Doctors have a responsibility to alert communities to the risks posed by climate change and the need for concerted action from governments, institutions, and business. While individual actions like recycling or bike riding are important, they will not sufficiently mitigate the impacts of climate change.

The public narrative on climate change is being powerfully influenced by industry and these messages have been adopted by some political parties. Doctors have the opportunity and ability to provide the community with a well-informed and unbiased voice that steers clear of purely political debate.

What should doctors do?

Doctors should make their concerns known – in talking to friends, patients and colleagues. The way we respond to the threat of climate change should be an expression of our commitment to the health of our nation. While it can be despairing watching the bushfire devastation, there is so much beauty in the world and in our communities to fight for. We must deliver a message of hope and inspire action.