Why do politicians always penalise General Practice, and not reward it? | AMA (WA)
Skip to content
AMA (WA) MEMBER LOGIN

Home | Blogs | Why do politicians always penalise General Practice, and not reward it? 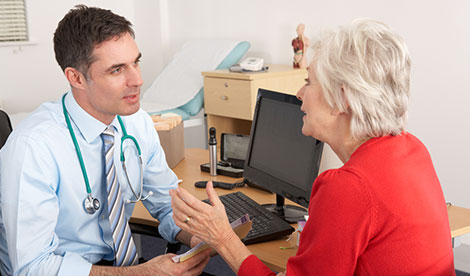 Why do politicians always penalise General Practice, and not reward it?

Recent policy choices by the Federal Government, to first place a limit on indexing, then restart without any catch-up, once again leave General Practice at the bottom of the financial ladder in medicine. Such events have been occurring since the beginning of Medicare, despite many pledges by governments from both sides of politics.

Despite the arguments that strong primary care produces the best outcomes for the population, statements of support, even for rural practice, never actually lead to sufficient investment to change the situation on the ground.

We can observe this behaviour in Canada as well as Australia, so what are the systematic factors that lead to both sides of politics ignoring the needs of General Practice and of their populations, especially rural people, in this way? I proffer a hypothesis.

First consider who really needs and makes good use of quality General Practice, that provides primary comprehensive, continuing whole person and family-oriented care in the places where people live, the suburbs and rural towns? It is mainly mothers with children, the chronically ill (including those with mental health issues), and the elderly. Fit and healthy working adults, especially males, do not need General Practice much, nor value it. Their most frequent health needs are for care of acute injuries or illnesses, out of usual working hours. Their needs are provided largely by walk-in clinics and hospital emergency rooms. If they need more, then usually it will be at the specialist level for an operation or intervention.

Who makes healthcare policy? You say health ministers, who are usually males in the prime of life: in their 40s or 50s.

But in reality, policy is mostly developed by ministerial staff, who are usually young, in their 20s or 30s, highly educated in and from the cities. If they came from rural areas, they left those roots behind. They may be male or female, and they work long hours, often nights and weekends. So they are generally single, or if partnered, without children. Once they start a family, they move on from this role, since it is unsustainable for a parent.

Some policy advice also comes from the policy branches of health departments, staffed by similar people to the minister’s office perhaps a little older, and with some life experience. They also move on to less stressful positions once they have family responsibilities, whether for children, ageing parents or even chronically ill family members.

Thus there is a systematic bias – healthcare policymakers have little comprehension of the value of General Practice. Working long hours, living mostly in city centres, and not having any need for continuity of care, they generally use walk-in clinics.

Having some understanding of healthcare quality, they are often aware when they receive substandard attention. Once they have regular needs for quality care, and learn its value through personal or family experience, they leave those policy roles.

But the situation is worse than that. Members of Parliament pass a steady stream of complaints from their constituents about healthcare issues to the Minister’s office. Complaints about access or quality of hospital or specialty care mostly can be dismissed as belonging to the states. So, complaints that reach the minister’s office are predominantly about General Practice. Some are justified, some not, but the Minister and staff only hear one side of the story. This steady diet of stories and personal experiences about poor quality General Practice dampens any enthusiasm to pay for more of it.

As an academic in General Practice, when engaged in discussions with healthcare administration or government, I have been questioned about this quality. And while the vast majority of general practitioners want to do this job well, are well-trained, conscientious, and careful, sadly some are not. Questions from ministers and their staff about doctors who do poor quality work undercut arguments about the high quality of most practices, and reinforce their reluctance to reward General Practice.

Even rural doctors receive much verbal lip-service but minimal action, despite a very strong case for extra support for training, continuing education and higher practice costs. It is easier to make a few cosmetic changes or shuffle the organisational and educational deckchairs than to address the deep-seated problems, and the high cost of really doing so.

Ministers and their staff try to visit healthcare services to understand what they are governing. But sadly, they tend to visit major hospitals, with expensive new technology. They are usually escorted through in an entourage, after plenty of pre-warning, giving time for the administration to prepare, so political staff see a (literally) sanitised version. It would be better for them to see the usual grotty chaos that really exists in health services and the real world of community General Practice and Aboriginal health services.

In summary, policy is made by people who simply do not perceive the relevance of General Practice, often have unfavourable personal experiences, and constantly hear negative reports about it.

Given the funding deficit for so long, the cost of really fixing problems in General Practice, or even rural practice, is so great that politicians are unlikely to try until there is a major crisis. Then they will do the minimum, as in restoring indexing, but not the “lost value” from the years without it. If GP organisations complain about this pittance, they can be cast as ungrateful for the generosity shown.

So the question of the day is: how to change this perception?