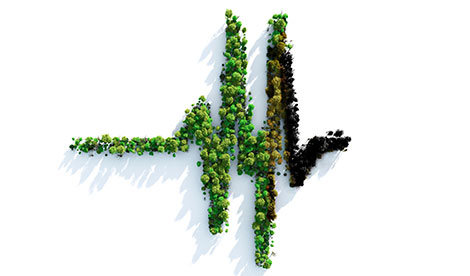 There should not be a need for this article. Unfortunately, in a world where fake news is accepted as fact by many uncritical members of the public, and scientific evidence from world-class scientists is disbelieved, we are increasingly having to fight against the tide of ignorance.

When an Australian Senator elected to represent New South Wales can say on national television as they did  recently that he “…is not relying on evidence” when expressing doubt about the veracity of climate change, deciding instead to claim unnamed information “coming across his desk”, we are running on the train to somewhere very frightening.

When the Australian Bureau of Meteorology, the CSIRO and virtually every scientist qualified in climate studies talks about climate change, we shouldn’t be arguing about its existence or otherwise – we should be discussing the best path to take for Australia to contribute to combatting its effects.

No one really wants to take extreme steps or ones that will have a negative impact on the Australian economy but the majority of Australians want to ensure that the environment we hand to our children is at the very least better in condition that it was handed to us.

Our most recent issue of Medicus looks at some of the issues surrounding this important subject. We do not offer sides “for” and “against” climate change – to do so would be destroying the reputation of the AMA (WA).

The Australian Medical Association, which strongly believes in scientific research and evidence, accepts and recognises the reality of climate change.

While we recognise that climate change continues to be an unfortunately contentious issue for society with diverse views on the impact on society, the cause and how society should address it, we do not doubt its existence.

The AMA (WA) supports the AMA Federal Council’s Position Statement on Climate Change and Human Health from August 2015, but notes that WA faces a number of unique special challenges.

Late last year, the AMA (WA) submitted its submission to the WA Government’s Climate Health WA Enquiry, where it was stated that WA Health should be the lead agency in a whole-of-government approach towards addressing climate change and its impact on human health in WA.

One of our key recommendations to the Inquiry was further research.

“…WA Health should facilitate and support a scientific, evidence-based approach towards assessing and tackling the health impacts of climate change,” the submission stated.

This would involve date collection, data linkage and clinical research which are critical to ensuring an appropriate and coordinated government approach, and the State should investigate appropriate funding mechanisms.

The AMA (WA) submission to the Climate Health WA Inquiry also recommends strong consideration be given to climate change and its impacts be included in the medical curriculum.

One of the key articles in this consideration of the most recent issue of Medicus is by Dr Tarun Weeramanthri, Chair of the Climate Health WA Inquiry where he explains the likely path forward with the Inquiry’s report and release of the proposed State Climate Policy.

No one alone is responsible for climate change. But we all need to act rather than continuing the aimless political battle that we are currently seeing.