Home | Blogs | We’re not buying it 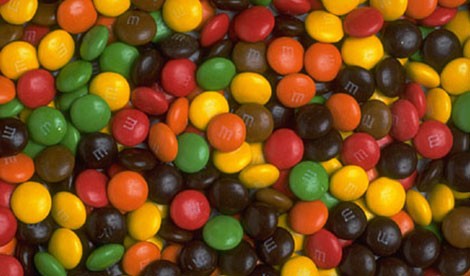 We’re not buying it

Have you ever walked into a supermarket and walked out with a chocolate bar, bag of chips or soft drink you didn’t go in there to buy? Australian supermarkets are setting shoppers up to do just that.

Coles, Woolworths and Aldi all employ stealth marketing tactics including strategic placement and heavy discounts. This has a direct impact on what shoppers purchase and consume, in turn, contributing to unhealthy diets, obesity and a range of other chronic conditions.

The researchers found that it was almost impossible to pay for groceries without being exposed to unhealthy food and beverages such as chocolate, confectionery, soft drinks and energy drinks.

In more than 100 surveyed supermarkets, 90 per cent of staff-assisted checkouts displayed unhealthy food and drinks. Furthermore, the food and drinks on special at checkouts were 7.5 times more likely to be unhealthy than healthy.

We would like to think that we make food choices consciously and rationally. However, most of our day-today behaviour is dictated by automatic, impulsive decisions triggered by unconscious cues and habitual patterns.2 This makes cheap chocolate bars at the checkout very hard to resist – especially when we’re tired, stressed or preoccupied.

In Coles and Woolworths, there was twice as much

unhealthy food as healthy food on display and around two-thirds of all specials on food and drinks were for unhealthy items.

In the most disadvantaged areas, the proportion of shelf space allocated to unhealthy food and beverages was 9.7 per cent higher compared with healthy items.

We all love a bargain but our health is paying the real price.

Almost 10 per cent of all hospital admissions in WA are related to overweight and obesity, costing our health system more than $340 million a year.3 Controlling the rise in obesity requires strong and sustained commitment from all levels of government and the community.

The WA Government committed to the Sustainable Health Review recommendation to halt the rise of obesity in WA by July 2024 by pursuing interventions including marketing restrictions.4

Consider being enticed by discounted fruit and vegetables instead of half price chips, chocolate and soft drinks. We need higher standards in our supermarkets and robust government policies to endorse them.