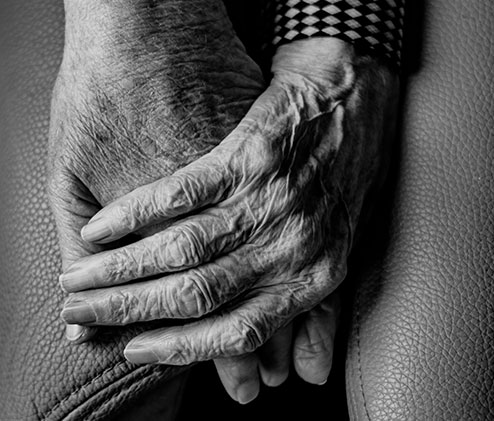 Leading up to the passage of the Voluntary Assisted Dying Act 2019, the Ministerial Expert Panel (MEP), led by Malcolm McCusker QC, carried out an extensive community consultation across Western Australia.

It was this consultation with the people that confirmed voluntary assisted dying (VAD) was a choice the people strongly supported. Importantly, this consultation enabled the people’s opinions and values to impact on the recommendations of the MEP, and through them, the Voluntary Assisted Dying Act 2019. Give or take a few changes getting through deliberations on the hill, this remains the people’s legislation.

The implementation process that followed the passage of the legislation remained respectful of the reality that each case would relate to a person, a person who will die soon, and whose suffering is unacceptable to them.

In the first four months from implementation on 1 July 2021, 211 people have requested VAD in WA, and 50 have completed the process. The data at six months (currently being processed) will demonstrate that this level of interest is being maintained. Cancer is the most common diagnosis suffered by those making a request, with neurodegenerative disease and advanced respiratory disease also prominent.

The response to the people’s choice has largely been carried by the clinicians, the care navigators and the pharmacists who have stepped up to provide the services necessary for VAD to happen. The commitment and quality of service provided by all three is quite remarkable, resulting in high-quality care and support at a very sensitive time in a person’s life.

A Community of Practice has developed and is growing, and provides a medium through which shared experiences provide support to doctors, care navigators and pharmacists. Teamwork has always been a feature of good end-of-life care, and so it is with VAD.

Requests for VAD in WA are running at about three times the rate expected, and the need for more doctors to train and be available to be part of the provision of this service remains.

VAD in WA is indeed the people’s choice.

Support the community and your colleagues

While COVID-19 has captured the limelight, voluntary assisted dying (VAD) has been quietly teething in Western Australia. It is a testament to Chair of the VAD Board in WA, Dr Scott Blackwell, the care navigators, and all those involved in the implementation that the scheme has proceeded without fuss.

The AMA (WA) supported changes to the legislation that would increase the safety, equity and workability of the scheme, and in my view, these objectives are being met thus far.

The training and accreditation processes are similar to, but slightly more rigorous than those we might experience in gaining visiting medical officer (VMO) status at a hospital. Doctors always bristle at bureaucracy, but the requirements for certification of recency of practice, and references, in a field that requires contemporary diagnostic and treatment decision-making, were carefully thought out.

These safeguards are there because the system is patient-focused, and reliant on the assessment and decision-making capabilities of the 2-3 practitioners involved with each person who accesses the scheme.

There has been some pressure to reduce the standards, in the false notion that more doctors may then sign up as providers, but for the sake of the progam’s quality and reputation, it is important the integrity of accreditation remains.

There have been some subtle adjustments to the protocols, following feedback from those involved, as is appropriate.

Given the demands on the time of those who have so far put up their hand, it is timely to remind all practitioners that it would be good if we spread the load more widely. If taking the extra step of becoming a coordinating, consulting or administering practitioner is something you have thought of, then now is the time to take some action to support the community and your colleagues in this very important scheme.

It was always the objective that VAD finds its place among end-of-life care options as a supplement to mainstream care, not as a fringe practice which patients struggle to access. As with all medical interventions offered – for the right person, at the right time – the relief of suffering in a timely and compassionate manner should always be our aim.

“It has been a privilege to have alleviated significant suffering…”

It is timely to reflect on the lessons from the first six months since West Australians have had access to Voluntary Assisted Dying (VAD) At the national level, five of the six states have now passed legislation to provide access to VAD. In NSW, the last state to consider VAD legislation, the bill passed the Lower House late in 2021, and has been referred to a parliamentary committee. Overall, it is clear the community voice on this matter has been acknowledged.

We expected there would be significant challenges in Western Australia in July 2021. But on the whole, the introduction of VAD has been far less dramatic than it was in Victoria, where there were protests outside the Peter MacCallum Clinic, home of the Victorian VAD Navigator Service. Much of the public commentary in WA has been positive.

Although there are significant numbers of medical practitioners who remain adamant they will not participate or support VAD – a position acknowledged and included in the VAD Act – most interactions between patients requesting access to VAD, their doctors, and those of us who have taken on providing VAD services has remained respectful and appropriately professional.

That said, the number of doctors who have been prepared to undertake the training and provide VAD services remains limited. As the demand for access to VAD has been far greater than was predicted, and many applicants have sought to have medical assistance with administration of the VAD substance rather than self-administer, the demand upon current providers has been challenging, especially in supporting applicants in country WA.

Nevertheless, as a VAD provider, my principal reflection is my profound respect for the people I have met. Unlike so many patients I see in hospitals with progressive, life-limiting illness, they have thought deeply about the fact that they are dying, have faced the challenges of recognising that their life is coming to an end, and have been considered in choosing how and when their death will occur.

It has been a privilege to have alleviated significant suffering, and to have been able to support and comfort family members when their loved one has died. For those who have been present at the time of the administration of the VAD substance, the commentary is most often how peaceful the experience was. So often, family and friends who have had reservations about VAD have, regardless, acknowledged and respected the choice of their loved one to access VAD, and have been courageous in continuing to support the person through the VAD process up to the time of their death.