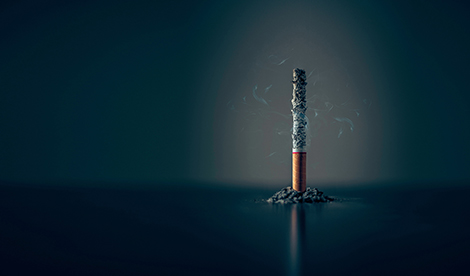 Tobacco is a sunset industry – Time to hasten its decline

Maurice Swanson is the Chief Executive of the Australian Council on Smoking and Health (ACOSH).

Ending the commercial sale of cigarettes will not occur overnight but we need to start the conversation, writes Maurice Swanson.

Over the past 35 years in Western Australia, daily smoking has fallen from one in three adults to around one in 10 today. And smoking among teenagers is now less than 5 per cent.

These significant changes are the result of a comprehensive approach to tobacco control, strongly supported by the Australian Medical Association (WA), including increases in the price of tobacco, bans on advertising and promotion, strong public education campaigns, smoke-free measures, plain packaging, and support for smokers to quit. As a consequence, hundreds of thousands of lives have been saved.

But smoking is still the leading cause of preventable death in Australia, causing more than 20,000 deaths each year including 1,500 in WA. Tobacco products are manufactured and promoted by a ruthless industry that knowingly sells a lethal product and opposes all effective measures to reduce smoking.

Along with WA’s outstanding success in responding to the COVID-19 pandemic, now is an opportune time to plan for further action to create a tobacco-free WA and nationally by 2030 and save hundreds of thousands of lives in this century.

There’s now discussion internationally and in Australia about accelerating the decline in smoking by planning to phase out the commercial sale of cigarettes.

The Australian Council on Smoking and Health (ACOSH) recently commissioned a survey of 1,000 Western Australian adults to assess their attitudes to phasing out the sale of cigarettes and found encouraging levels of support.

Sixty-seven per cent of survey respondents also thought that the next 10 years would be a fair timeframe in which to phase out the sale of cigarettes.

The sale of cigarettes in Australia is facilitated by a historical exemption under the Poisons Act for tobacco products designed for smoking.

However, Australia, like many other countries, has consumer product safety laws to ensure that products are safe for intended or reasonably foreseeable use.

Consumer products found to be hazardous are regularly removed from the market, such as toys that present a choking hazard, defective mobile phones, airbags in cars, and batches of contaminated foods.

Clearly, the bizarre exception to these health and safety standards is the cigarette.

Cigarettes have been mass marketed since 1880 and ending their commercial sale will not occur overnight. It may take a decade or more and will need careful planning, including appropriate provisions for access by any remaining smokers who cannot quit.

We should also recognise that an end to what has been described as the “Golden Holocaust” will be ferociously opposed by the tobacco industry and some retailers. But why should the tobacco industry be given a free pass to continue selling the world’s most lethal consumer product forever?

It’s time to start a conversation about planning to phase out the commercial sale of cigarettes in Australia.