Home | Blogs | The longest night: my experience of ambulance ramping 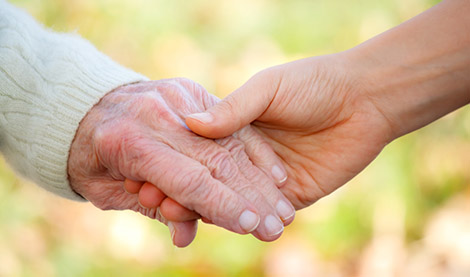 The longest night: my experience of ambulance ramping

This is a first-hand account of a woman’s hospital nightmare in a letter written to the Health Minister and St John Ambulance.

I am an 84-year-old female ex nurse. I worked in hospitals all my working life – 15 years in the UK as a student and registered nurse, and 17 years in a major teaching hospital in Perth followed by six years in a private hospital. During my time in Perth, I undertook further studies with a scholarship from the Sir Charles Court Government and obtained a Bachelor of Applied Science degree in Nursing. During my career in Perth, I served on the Australian Federation of Nursing Council, the Nurses Board, and represented Western Australia nationally on various committees. My career led me into senior nursing management. I am just detailing some of my professional activities in nursing to enable you to understand my commitment to nursing and the health system in general. I have always been proud of the standard of health care in Western Australia and spoke about it frequently at national and international level, UNTIL NOW!!

Earlier this week I undertook a routine medical procedure at a small surburban clinic with two doctors and several qualified nurses present. The quality of care I received was excellent. Unfortunately an unforeseen incident occurred during my anaesthetic. Post procedure and without going into details, the doctors treated me and decided I should be transferred to hospital for further monitoring and tests and treatment. As I have private health cover, a bed was arranged for me at St John of God Hospital, Murdoch.

A St John ambulance was called for at about 6.00pm. The ambulance arrived at about 9.00pm.

During this waiting period I continued to be monitored, treated and looked after in a caring and professional manner at the clinic.

The paramedic in the ambulance phoned to check the bed was still available at St John Murdoch and also reported my temperature was slightly raised. I was surprised as I did not feel hot and my temperature had not been elevated in the clinic. St John of God Murdoch refused to take me, and I was taken to Fiona Stanley Hospital. I was not too concerned at this time as my husband had received a good standard of emergency care there a couple of years previously.

How wrong I was. I was taken to a corridor on the ambulance stretcher for nine hours before admission to the Emergency Department. During this time the paramedics continued to monitor and care for me. I felt exhausted, unwell and stressed by the whole situation. I had not eaten or drunk much and had fasted for a period prior to my procedure. I was ‘scared‘ to drink too much as there were no bathroom facilities anywhere near where I was in the corridor. I waited until I was taken to the X-ray department about 2.00am to use the facilities there. No nourishing food or drinks were offered. I was given on request, water, weak tea in a plastic cup and a jam sandwich which I felt was inedible. A doctor came at about 11.00pm to take blood for tests and she brought me a ham and salad sandwich, also inedible in my opinion. I stayed in my own clothing, could not have a wash or clean my teeth and was not questioned or offered any of the routine medicines I take. All this may seem petty to you but was all part of the whole sickening and dehumanising experience.

The night was interminable and exhausting. I think I slept for less than one hour in total. The noise which blared out overhead from speakers at regular intervals calling for an orderly or cleaner to attend various locations, made me jump each time.

From conversations I overheard from the paramedics, there must have been at least 30 ambulances ramping at one point. I tried to be patient as I realised there were patients with more serious conditions than me waiting. This included a woman with a fractured neck of femur who was in the corridor for at least three hours.

During the night I asked the paramedics several times to try and find out what was happening with me but they always came back without news. I spoke to the St John Ambulance Manager on duty but he was unable to help although he tried. I even discussed with them what would be the procedure for signing myself out as I was so exhausted, frustrated and unwell, but they professionally talked me out of it as I obviously needed further investigation and treatment.

I was eventually taken to the Emergency Department and placed in a bed at 6.00am – a total of nine hours in the care of paramedics on a stretcher or hospital trolley and a total of 12 hours since the ambulance was first requested. I was seen by a doctor at about 8.00am and a specialist at about 10.00am. I was treated, monitored and transferred to a transit ward for further monitoring and was discharged at about 2.00pm with a prescription and advice to see my own GP and return to the hospital if necessary.

In conclusion my main points are as follows:

I found the ambulance ramping situation a blight on the health care system. Being an ex manager myself, I was appalled at the waste of time of qualified paramedics who had to wait with me for nine hours, plus all the ambulances wasted while parked at hospitals causing delays when possibly being needed in emergencies. I had to wait three hours for an ambulance myself.

The nursing staff in the Emergency Department, when I eventually saw them, seemed overworked and exhausted and just doing the best they could. This goes also for the medical staff. The paramedics do the best they can with an impossible situation and gave me emotional support too.

I was shocked at how sick patients waiting in the corridor seemed to be all around me and wondered how they were coping with such isolation, discomfort and lack of communication about their condition.

I don’t profess to have the answers to this disgraceful situation but talking to staff during my “ramping” experience, we discussed the increase of population possibly as a result of the pandemic. It was also noted the very wide catchment areas for Fiona Stanley Hospital and the Joondalup Health Campus. Everyone agreed there need to be more hospital beds, facilities and staff. I know this can’t happen overnight but meantime can you please try and improve the ambulance ramping system to reduce waiting times and make the waiting amenities more comfortable for patients who are already vulnerable and at a low ebb.

I will close by suggesting you or the Premier spend nine hours on a trolley in a hospital corridor waiting to see a doctor or nurse, without any communication, and then you may understand why so many people are upset about this atrocious situation. This is up there as being in my top three bad experiences in my life and I feel so sad that the Western Australian health care system has been reduced to this unacceptable low level.