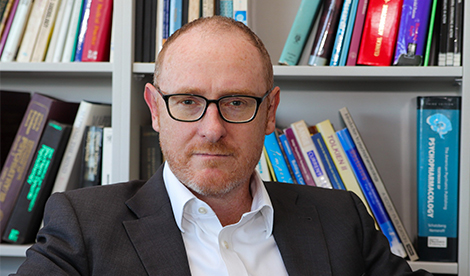 Dr Mathew Coleman is a clinical academic and associate professor in Rural and Remote Mental Health Practice with the Rural Clinical School of WA. He is also the Addiction Psychiatry Faculty representative at the WA branch of the Royal Australian and New Zealand College of Psychiatrists (RANZCP).

WA has the nation’s highest rate of unintentional drug-induced deaths but where is the will to turn around this unwanted number one ranking, asks Associate Professor Mathew Coleman.

The Penington Institute, a public health research and drug policy organisation based in Victoria, has produced an annual report on drug overdose deaths in Australia since 2014. The report has received little attention in Western Australia because fortunately, we were at the back of the pack.

States with histories of drug epidemics, such as New South Wales and Queensland for instance, paid particular attention to the rates of increasing overdose deaths, putting drug trend monitoring and healthcare systems in place capable of responding to the shifts in drug-related overdose deaths as they occurred. State health facilities were supported by clinical Alcohol and Other Drug (AOD) services to ensure that as drug-use problems arose in various geographical locations, services and expertise could be applied to reduce the associated morbidity and mortality of harmful illicit, and prescribed drug use. Illicit substance users and people with iatrogenic pharmaceutical addictions can access specialist services within the public sector, reducing the associated harms whilst treating the complexities of addiction disorders.

Yet the tide of unintentional drug death in Australia has continued to steadily increase, surpassing road traffic-related deaths as far back as 2008.

In 2018, there were 2,070 unintentional drug-induced deaths in Australia. This equates to 64,659 years of life lost, with an average of 33 years of life lost per drug induced death. Preliminary data show that opioids, benzodiazepines, anti-depressants and stimulants (including methamphetamine, amphetamine and ecstasy) were the most commonly identified substances involved in these deaths. Increasing rates of death associated with multiple prescribed pharmaceutical agents (opioids, benzodiazepines, anti-depressants, anti-psychotics and anti-convulsants) remain alarmingly high, and continue to grow. Unintentional deaths were most common among the 40-49 age group, with males more than three times more likely than females to be represented in recorded deaths.

Sadly in this year’s report, across all states and territories, regional and rural WA had the highest rate of unintentional drug-induced deaths (9.3 per 100,000 people), followed by the Perth metropolitan area. Across the nation! (See figure 1).

A surprise to many of my medical colleagues has been the finding that WA has seen the largest increase in the rate of unintentional drug-induced deaths involving heroin from 2004-2008 to 2014-2018.

Heroin, it seems, is no longer an Eastern States phenomenon. Our preoccupation with the increase in methamphetamine use and related harms has resulted in a lack of attention to this worrying trend, including the silent, but concerning increase in prescribed poly-pharmacy related drug deaths. Prescribers across WA need to take stock of these alarming findings.

So, what has been the government and state health agencies’ response to our new, tragic national leadership in drug related deaths?

Have you seen or heard anything?

Like you, I’m yet to have heard any response. Addiction specialists in WA have been warning of this troubling and tragic trend for many years now. Frontline health staff, families, carers and people with substance-use problems are all too familiar with the relative silence of the health system in responding to the breadth and extent of substance related problems in WA. The political system’s singular focus on the “scourge of methamphetamine” has failed many, many people. Our health system’s expertise and capacity to respond to the complex needs of people who present with substance addiction does not exist.

The sole public health AOD service in WA, Next Step, has faced an existential threat of funding cuts and governance failures, having been excised from the Department of Health’s direct responsibility. Yet public sector specialist AOD service effectiveness (clinical and economic) has been well described and documented in other states and countries. Our lack of an addiction specialist workforce in WA to provide the expertise, training and capacity that our already stretched public health services and population so desperately needs, requires urgent and honest attention.

Drug-use trends inevitably change over time. History and research tells us that. But WA’s recent preoccupation and resultant Methamphetamine Action Plan is narrowly focused at best. Blissfully ignorant of the extent of WA’s AOD problems at worst.

What will it take for the political and health leadership in this State to recognise the absence of an addiction workforce and the lack of expertise and capacity in our health system? More deaths? The Penington Institute’s annual report will now be a regular reminder of the dire state of affairs people with substance addictions face in WA.