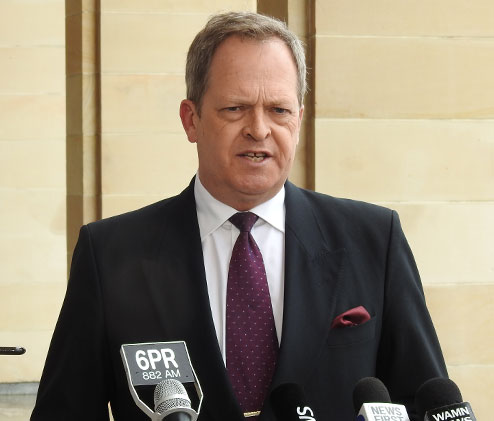 You may recall that about a month ago the Government started ‘dropping’ information to the media about their plans for health in the Budget, with a $1.9 billion boost, as well as the funding for the new Women and Babies Hospital to replace King Edward Memorial Hospital, a $1.8 billion allocation that had been announced last December.

So far, so many billions and there was an initial positive headline for these eye-watering amounts of public money flowing through. After that there was a week-long blitz with health announcements every day, including a plan to attract 100 new doctors and 500 new nurses into the system.

If it told us nothing else, health was proving a significant issue for the Government that they were keen to get off the radar. The focus on health was certainly welcome, after last year barely raising a mention in Budget discussion, even in the middle of the pandemic. Then Treasurer Ben Wyatt was more interested in announcing the increased recruitment of WA police.

The State intervention was more timely as the month progressed and it was becoming evident just what a terrible month was evolving for the health system. I had already predicted breaking 6000 hours of ramping before long but I hadn’t really banked on this happening in August. The idea we would finish the month with a jaw-dropping 6500 hours of ramping was well beyond my expectations.

In the meantime, we released our own antidote to systemic dis-ease, the AMA (WA) Action Agenda 2021, a 15-point plan with solutions we believed could be enacted relatively quickly to start turning things around.

Crucially we included a call for a 5-6 per cent budget increase per annum for the next four years, to start getting the system back on a more sustainable footing.

Then at the start of September, a Freedom of Information request from the Opposition indicated 490 code yellows denoting internal emergencies at WA public hospitals last financial year, with 111 of those as a result of capacity issues.

Against this background, expectations were high in the community through the media that a major fix was required and should be reflected in the Budget.

Well, our attitude was we’d believe it when we saw it. Yesterday we saw everything we needed to see about the Government’s priorities. There was no reset in the way we believe is required.

The $10.37 billion WA Health budget equates to a 1.38 per cent increase on 2020-21 Estimated Actual Spending, which was $10.23 billion. Including the forecast CPI, this actually amounts to a 0.36 per cent decrease in health funding.

Sure, after the unexpected bumper $5.6 billion surplus in this Budget, the next surplus is a more ‘modest’ $2.8 billion. But it’s telling that the Government’s own calculations put us further and further behind year on year at a time when it is absolutely evident we need many more resources added.

On a positive note, the Mental Health Commission budget, at $1.1 billion, has increased by over 10 per cent on the 2020-21 Actual Spend. Wouldn’t we have loved to see the same commitment in the overall health budget!

Further, while we’d recently found out that WA had fallen to the lowest bed numbers per capita in the whole of Australia, the numbers included in the Budget released yesterday suggest we are at least on the way to rectifying the situation. In addition to a promised 332 new beds, infrastructure commitments add another 314 hospital beds.

With our call for 612 beds in our Action Plan, the 646 beds on the government books are a slight improvement but will take years to deliver. At least we have a metric to measure against.

Improvement can’t come any sooner. On Tuesday there were no beds at all available at the start of the day across five Perth public hospitals. That same day, unsurprisingly, code yellows were called at Royal Perth, Sir Charles Gairdner and Fiona Stanley hospitals, our ‘triple bypass’ as the AMA (WA) coined it.

Yesterday, Mr McGowan told those gathered at the Budget ‘lockup’ prior to  delivering it in Parliament that his Government was “using the success of today for important projects tomorrow”.

It’s a fine sentiment and works in many settings but in health, we know that many things can’t be put off till tomorrow.

Surgery can’t be delayed indefinitely. That person waiting hours in an ambulance to get hospital treatment could well deteriorate. That child needs an urgent assessment now for their acute fever.

The AMA (WA) clearly has its eyes set on today in addressing the urgent health crisis we face and will work every ‘today’ towards addressing that goal. We thank our many members for their support and urge others to get on board and join their peak medical body.