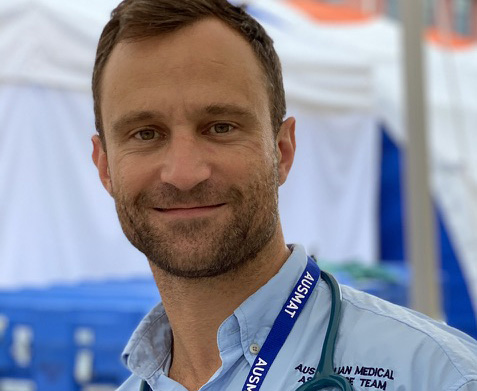 Sense of duty drives commitment on the job – and off it

Q: Why did you join the AMA (WA) Council?

AS: During the COVID crisis, I had worked closely with the AMA (WA), particularly in the early stages, advocating for appropriate PPE. In Anaesthesia, we were acutely aware of the exposure our colleagues were suffering around the world and the illness and mortality we had seen in our profession. It was extremely worrying and there was also conflicting and inconsistent advice from health departments across the country. I felt a strong need to advocate for all healthcare workers, particularly for those of us in critical care who’d be exposed to high-risk AGPs (aerosol generating procedures).

I was very impressed by the ability of the AMA (WA) to get results and apply pressure to government and health departments. I believe it was this early involvement that generated many of the moves that have protected WA this year. It was at this time that I really understood the relevance and power of the AMA (WA) to influence good decision-making in health – and I wanted to be a part of trying to effect change.

AS: I think Anaesthesia is one of the most misunderstood sub-specialties, but also one of the most broad and interesting. We are involved in every facet of a hospital, working across departments, and remain true generalists in clinical medicine. It is a wonderful combination of cerebral medicine and practical involvement, as well as the opportunity to have a profound impact on patients when they are at their most vulnerable.

As a house officer in the UK, I remember being involved in resuscitations on the ward and the anaesthetist was always the calm one, who led the team through these situations. I wanted to be like some of those early influencers – calm, measured and capable with a broad skill set.

Q: You are Medical Team Lead for the Australian Medical Assistance Team (AUSMAT), leading missions to repatriate Australians from Wuhan and managing the Artania cruise ship COVID response here in Perth. What drew you to AUSMAT?

AS: AUSMAT was initially formed to respond to natural disasters and has provided teams to Bali, Pakistan and the Pacific nations for many years. This year is the first time AUSMAT has been deployed on home soil and into some very unusual situations.

I’ve been lucky enough to work with people from all over the world and this has given me a unique insight into different healthcare systems and responses. The last year has been particularly busy, with the measles epidemic in Samoa in December just before COVID appeared.

I love to be challenged and the opportunity to work in austere and extremely different environments to the health system here in WA offers a unique perspective on the world. I feel a strong drive to contribute to something bigger than myself and a sense of duty to use the skills that the system has trained me to have.

There’s always a steep learning curve on AUSMAT missions and you have to be adaptable and pragmatic, often not knowing what to expect. Certainly, flying into the centre of an epidemic on an empty 747 to Wuhan in February is something I’ll never forget. At the time we were unsure about what we were heading into, who we’d be picking up or how unwell they might be – so preparing for anything and everything was challenging. We weren’t even sure where we were taking people, so landing in Darwin was relatively unexpected and establishing the quarantine facility in Howard Springs was a huge effort for the small team involved.

The thing that makes all the trips work is the respect and teamwork that is apparent on every mission. The staff have a simple focus, and everyone works together to achieve that. It’s rare to find teams with such aligned thinking and strong work ethic, which is what makes the missions so enjoyable, even when they are incredibly challenging.

Q: You are also one of the State DFES doctors (Department of Fire & Emergency Services) deploying to the scene of emergencies within WA…

AS: Again, to be involved with DFES and the USAR (Urban Search & Rescue) taskforce is a privilege. These people put their lives on the line for the general public, working in some of the most challenging situations. Our role as doctors is to support the teams as they respond to disasters within WA and to provide higher-level medical assistance at the scene. Thankfully we are not often needed!

One of the most recent highlights was abseiling into a lift shaft at the old PMH site to ‘rescue’ a trapped patient as part of our simulated earthquake scenario. The exercise ran for 48 hours and involved brilliant simulated tasks for both the USAR team and the paramedic and medical staff. It was a fantastic training exercise, encompassing safety tactics, search and rescue techniques and extraction of trapped victims.

Q: Your role as match-day doctor for the Fremantle Dockers is another accomplishment. How did that come about?

AS: Personally, I’m a failed sportsman, but I still love to play and watch sport, so being able to be involved with a professional sporting team is fantastic. I’ve been with the club for about 10 years now and was brought on initially with a role around resuscitation and serious injury to complement the club doctors. Over the years, I’ve done more and more and think that my skill set as an anaesthetist/critical care doctor supplements my sports medicine colleagues. 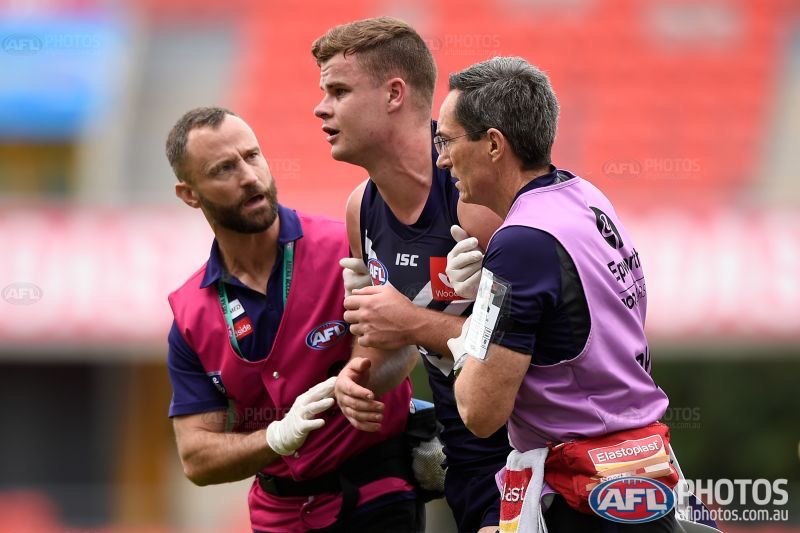 Interestingly, my experience in travelling to Wuhan and setting up the 747 retrieval plane allowed me to help the AFL with its own systems for ‘Hubs’ and travel throughout the season this year.

Highlights for me include making the Grand Final in 2013 and being the team doctor for the Indigenous All Stars Team in 2017. The first game at Optus Stadium was pretty special as well and being able to work with and share some milestones with some of the stars of the game has also been a real privilege.

Q: How do you unwind after a long day?

AS: I like to run and train or watch my kids play sport!

Q: Your parents always told you…