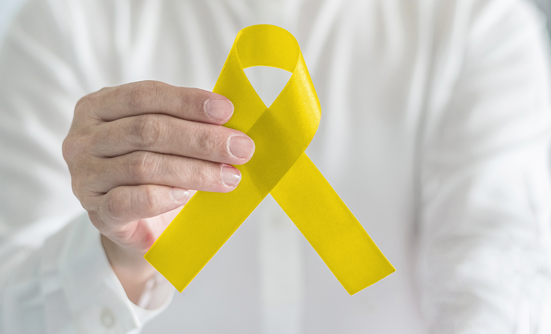 A team of WA researchers has uncovered new genes that could play an important role in the development of sarcoma, a group of rare bone, muscle and connective tissue cancers.

The study, undertaken by PhD student Rachel Jones and led by Associate Professor Evan Ingley from the Harry Perkins Institute of Medical Research and Murdoch University, identified a new sarcoma familial risk gene, which is inherited from parents and increases the risk of developing the
potentially deadly disease.

Most cancers are caused by genetic errors in our cells, which can be triggered spontaneously or by lifestyle or environmental factors. But in some cases cancer-causing genes can be
passed down from our parents.

A/Prof Ingley said the team used the International Sarcoma Kindred Study (ISKS), a cohort of families with sarcoma and other cancers, to sort through the catalogues of familial genes and identify any that could be associated with an increased risk of cancer.

“If we can identify more of these familial cancer risk genes, we will know more about which genes are involved in cancer development and this could assist us in identifying new ways of targeting cancer,” A/Prof Ingley said.

The study ultimately led to the team discovering two new genes not previously connected to sarcoma, one called ABCB5, which is associated with other cancers such as melanoma and leukaemia, and a previously undiscovered gene called C16orf96 – named for its gene number (96) on chromosome 16, but with an unknown function.

“We are trying to find out what this new gene does and how it affects sarcoma risk, and then hopefully give it a more meaningful name.”

In addition to this, the team is now planning to investigate how widespread the association of these two new sarcoma risk genes is in other families with sarcoma and other cancers. They are also
looking at the functions of these two new genes in sarcoma.

“From these further studies, we will know if these genes might be future candidates for developing targeted therapies,” A/Prof Ingley said.

“One very important thing we have learnt from this research is that although we know the DNA sequence identity of all of our genes, there are still many genes with unknown specific biological roles or their relation to certain diseases. There is still a lot we need to learn in terms of the function of our genes.”

A/Prof Ingley leads the Cell Signalling laboratory at the Perkins and his research is funded in part by the Sock it to Sarcoma foundation.