President’s Blog: Stand for your members, or you stand for nothing | AMA (WA)
Skip to content
AMA (WA) MEMBER LOGIN

Home | Blogs | President’s Blog: Stand for your members, or you stand for nothing 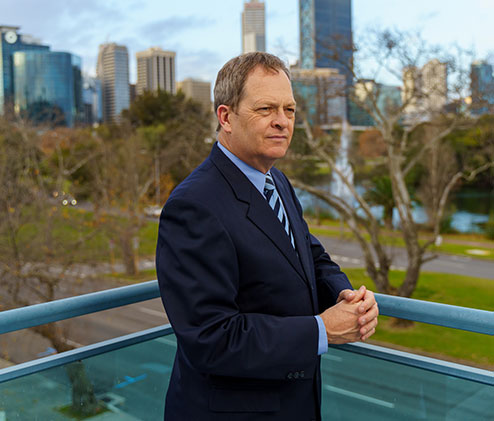 President’s Blog: Stand for your members, or you stand for nothing

The last two weeks have been proud ones for the AMA (WA). They have epitomised what this organisation exists to achieve.

Our workplace relations team was in the WA Industrial Relations Commission last week for final deliberations on a case they’ve been prosecuting for three years now.

It only involved two members, Dr Debbie Smith and Dr Kim Farrington, from our Sexual Assault Resource Centre (SARC), based at King Edward Memorial Hospital. But we’ve been consistently advocating for them over this time. If you don’t stand up for your members, you stand for nothing.

So, it was great news for us that we’ve succeeded in getting the appropriate pay rate for these women doctors as specialists doing vital work.

It was totally unnecessary and counterproductive for North Metropolitan Health Service to downgrade their pay in the first place. With only about five full-time equivalent doctor roles at SARC, the funding is surely not an issue. Obviously, it’s a far bigger deal for these doctors, who have effectively dedicated their lives to the service of victims of sexual assault and completed qualifications accordingly.

How much more important work in the community can there be right now than a free and confidential 24-hour emergency service providing medical care, forensic examination and counselling support to people who have been sexually assaulted?

Regardless, despite costing the AMA (WA) some $100,000, we’ve now established their rights and look forward to retrieving their backpay and defending their ongoing workplace rights.

Fronting a media conference on Monday at AMA (WA) on this matter, I was unsure about the media response. Well, at least there was one question from a reporter. You can’t tell the media what takes their interest (though you can certainly make some suggestions) but it doesn’t take away from the need to communicate your advocacy.

The mood at the media conference was palpably about reopening. All the subsequent questions were about vaccination rates, preparedness for when COVID-19 inevitably leaks into WA again and the like.

That night the AMA (WA) council met and discussed our own response to these matters. It was a great discussion, with a variety of opinions put forward out of the genuine concern from all doctors to ensure an ordered process out of COVID-19 border restrictions without threatening the enviable lifestyle we’ve been able to continue with minimal interruption within this State.

On Wednesday we had the news that the McGowan Government was providing an extra $400 million for 270 new beds, including funding 180 extra doctors and 410 nurses. They’ve committed to 530 additional beds in the health system over the next year.

Having been underwhelmed by the Budget response, especially as it forecast a $70 million reduction in the operational health budget over the next two years, this new money was certainly welcome.

In the AMA (WA) Action Agenda 2021 we’ve called for an injection of an additional $500 million per annum for the next four years to return the Budget to stability after years of neglect in the face of a steady 3-4 per cent annual increase in system demand. Let’s see how this government commitment plays out.

It’s clearly not before time. The AMA Public Hospital Report Card 2021 was released today (it’s been one of those weeks) and shows the strain of underfunding of health in WA and throughout the country.

To top things off, the Government has provided us with their plan for a ‘soft landing’ out of the pandemic. With a 90 per cent double-dose rate expected in late January/early February and then an easing of the controlled border to allow international and interstate travel, it’s a conservative approach which nevertheless should give Western Australians the impetus we need to (hopefully) reach our vaccination targets. We really need to take care of our regional Western Australians and Aboriginal people in this process, as well as starting to deal with the issue of vaccination for 5–11-year-olds when vaccines are approved for that age group. It’s one in, all in.

Just as with our commitment to advocacy on behalf of two of our member doctors, the AMA (WA) stands for an inclusive approach to health that maximises the safety and health outcomes for all Western Australians. I couldn’t be prouder of the work we do.