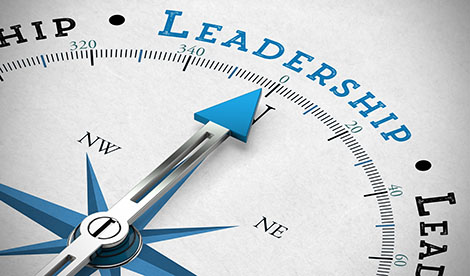 If the highest aim of a captain were to preserve his ship, he would keep it in port forever.

Much has happened since the medieval theologian Thomas Aquinas composed these words, but I was still placing my trip in the hands of the captain of my ship of the sky this week as I headed to Sydney for NatCon, the AMA National Conference (no doubt they knew a thing or two about luggage overboard in his day too).

With corporate governance something that happens to float my boat (yes, it takes all sorts), the session on medical board improvements was of particular value to me.

A session on gender equity and women in medical leadership was important for a middle-aged male to attend, to listen, learn, reflect and improve.

It’s been a case of jumping from one leadership event to another in recent days, with MEDCON22 concluding with the spectacular MEDBALL last Saturday night. It was a pleasure to be able to present the AMA (WA) Awards to outstanding health leaders on the night. Dr Scott Blackwell’s Hippocrates Award was richly deserved, for any number of reasons, but particularly in light of his leadership in the endlessly contentious area of Voluntary Assisted Dying. Perhaps the lack of contention since the legislation came into effect is a reflection of his expertise and care.

Ms Vicki O’Donnell is a tireless leader amidst the challenges of Aboriginal health, and a worthy recipient of the President’s Award.

Dr Ashwita Vanga is a remarkable young woman; a stand-out in the routinely strong field for the Junior Doctor of the Year Award, and a fantastic advocate for multicultural medical perspectives. In addition, I’d like to congratulate Dr David Oldham, winner of the Doctors’ Health Advisory Service WA (DHASWA) Award, of which AMA (WA) was privileged to host.

Of course, MEDCON, in its second year, is itself an example of great Western Australian leadership, a unique inter-college conference that’s meeting many needs of emerging and established doctors. It has been integral to my presidency, as I was elected at the start of MEDCON21.

We were able to honour another leader this year, with outgoing AMA Federal President Dr Omar Khorshid given the floor. He, of course, has a major part in proceedings at NatCon. What an amazing ambassador for Western Australia, and a superb advocate for the health of all Australians he is. He has ever gained in national prominence, with his intelligence, wisdom and compassion always on show in both his public and private representations.

This week I’ve had cause to call into question the leadership being shown in WA on COVID-19, when it was revealed that there was no modelling being done on the current wave we’re experiencing. It was bad enough when calls for improved public health measures, such as masks in indoor settings, were ignored as numbers of cases and hospitalisations continued to rise. To do that without even modelling for possible eventualities confounds me.

It’s led me to my own basic modelling, and it suggests hospitalisations with COVID could rise above 600 as we head towards this particular peak. It’s a bleak prediction, with ambulance ramping having already hit a new monthly record on Thursday, with still a day of the month remaining. But in the absence of government modelling, it’s vital that doctors read the actual indicators, not the vagaries of the political cycle.

As I told the media on Wednesday:

The public system is necessary for Joe and Joanne citizen out there who are Aussie battlers. Big business and billionaires don’t use the public emergency departments. The McGowan Government is deserting the Aussie battler.

We know those battles are getting ever more ferocious, as the cost of living runs rampant. It gives the AMA (WA) no pleasure to pick at the Government’s shortcomings. But our public hospital doctors consistently tell us the situation is dire, and everyday Western Australians are suffering.

It’s not too late for the Premier, our state’s leader with significant endorsement from the voting public, to navigate a modelled, principled, effective plan out of the increasingly critical situation the health system faces.

If you want to catch up with the latest in medical leadership, registration is still possible over the course of the conference by clicking here.