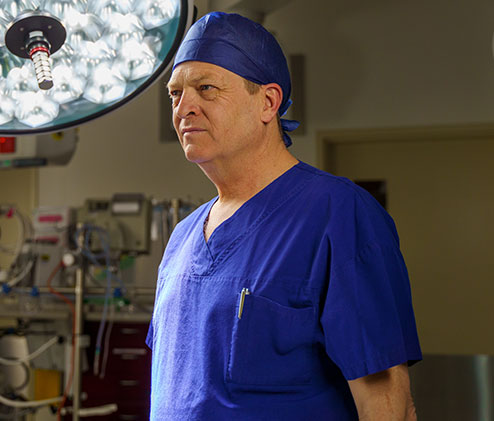 Western Australia is heading back to school tomorrow, so good luck to all parents negotiating one of the most stressful weeks of the year, pretty much until the end of your child’s secondary education.

School used to be a sanctuary from everything around us, but the pandemic has brought our kids’ realm ever closer to that of the rest of the family.

So, it was good news this week when the Education Minister confirmed some common-sense safeguards for the 477,000 children in the State school system.

Back in early November 2021, I wrote to Minister Sue Ellery calling for such safeguards ahead of the border reopening, though a date had not been set at that time.

Specifically, I requested the following:

To the Government’s credit, they’ve largely covered off on these recommendations and we can go into the scholastic year with some peace of mind that schools won’t become super-spreader sites that put this vulnerable cohort at risk. This will be enhanced with the uptake of vaccines for children aged five and above.

While the school year is just starting, even without the border reopening we’d expected, it’s already pretty much Term 1 for COVID-19 in the community. The infectiousness of the Omicron variant means it’s out there. The rate of infection from a single case leads to a doubling every three days and before you know it, there’s something called the Cockburn cluster, and there are cases throughout the metropolitan area, all the way to a Bunbury lithium plant, and more recently, the Great Southern and Wheatbelt.

The AMA (WA) had long ago accepted the 5 February date. Even as Omicron started to rage, and the media picked up on the understandable trepidation of many in the community about opening up in an atmosphere of multiple daily deaths, the breakdown of supply chains and eye-watering caseloads, I made it clear this was a government responsibility. They, after all, should have availed of the necessary modelling that underpins public health decisions.

All we could do was point out any shortfalls in the strategy, such as hospital preparedness and the necessity of some extra safeguards.

Prior to the 5 February ‘un-announcement’, I’d started advocating for some low-level restrictions to be put in place with some haste, to lower the potential peak of Omicron cases.

With South Australian modelling and that State’s existing health settings the best guide to potential practice here, I argued, and continue to argue that it’s far better to introduce such measures early, and potentially avoid far more drastic interventions — even lockdowns — later.

Based on the modelling available, I prognosticated a potential peak of something in the realm of 60,000 daily cases here. There was scepticism that such caseloads hadn’t been recorded in far larger jurisdictions but I pointed out states like Victoria and New South Wales had put in place some measures that affected their already scary peaks.

Some sections of the media were none too happy with my ideas, and called it “fear mongering”, the implication being I was creating hysteria around the 5 February date, and potentially derailing it.

Look, members of the media are people too. They’re juggling personal opinions with commercial imperatives. Some, including some of my critics, have family overseas. Perspectives abound.

I’ve explained this in the media as like a ball on a 100km/h train. To someone watching from the platform, it’s hurtling past. Thankfully, from the masked comfort of your train seat, the ball’s not moving at all, as it might otherwise become a dangerous projectile.

That’s why we quickly turned around a survey to see where doctors stood on the 5 February reopening. With other surveys and so many strong opinions circulating out there, it was important to take the pulse of the profession.

It’s hardly an open and shut case. It’s provided a great divide, down the middle, of those who wanted 5 February to stand and those who didn’t.

It’s shown that half of those surveyed now want, as the AMA (WA) has advocated for, a new target date, based on validated modelling.

It’s indicated, sadly, an overwhelming belief that WA’s health system would not cope with an Omicron outbreak, a position the AMA (WA) has relentlessly prosecuted.

We’re grateful to those doctors who took the time to respond to the survey. The feedback this data set gives us is invaluable.

Nevertheless, going back to that analogy on perspectives, the train is a public utility. We must be guided by some underlying principles. The AMA (WA) exists to be responsive to the needs of its membership and as far as possible express our members’ opinions and advocate in their interests.

But we can’t abandon precepts that protect the people of our State. That is our most basic and instinctual response to any health issue. It’s an awesome, solemn, and at times confronting responsibility, as all clinicians know from the day-to-day situations they face.

I’ve managed some down time this past month, but I’ve never taken a break from my commitment to those principles.

Now, for so many families, it’s back to school. And for me, back to work!