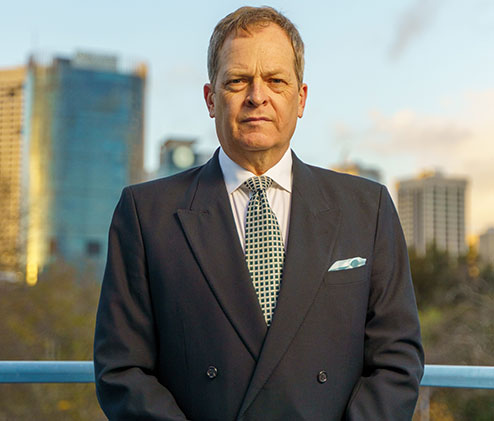 A journey of a thousand miles begins with a single step, goes a Chinese proverb.

In the case of the new industrial agreement for WA public hospital doctors, it’s difficult to pinpoint where that single step began.

Staff were preparing and consulting in 2018, in anticipation of a new agreement. More than a dozen bargaining meetings were held with the Government in 2019, with the 2016 agreement nominally expiring in September that year.

So it went on through 2020, with ongoing negotiation with the Government, WA Health, then Minister for Health Roger Cook and Minister for Industrial Relations Bill Johnston. As part of our member engagement, we held our AMA (WA) Town Hall meeting.

We campaigned for permanency leading up to the 2021 State Election, before the case was referred to the WA Industrial Relations Commission, followed by, you guessed it, conciliation meetings between AMA (WA) and WA Health. Our steps were now starting to show some wear and tear.

“We cannot negotiate with people who say what’s mine is mine and what’s yours is negotiable,” said US President John F. Kennedy, (which also gives us some East-West philosophical balance).

How many ways can you tell the Government that denying senior doctors permanency, and not allowing doctors in training to take their leave entitlements with them through their public hospital employment journey were unfair imposts, and ultimately detrimental to the health system through the effect on doctor morale, while a pandemic was raging, and those same doctors were expected to stand on the frontline? Having stepped up from Vice President under the leadership of Dr Andrew Miller, to President in June last year, I’d started to learn to count the ways.

Enter Minister for Health and Mental Health Amber-Jade Sanderson, at the end of last year. I made it clear to her at our very first meeting that landing this agreement was a major priority for us, and hopefully, the McGowan Government.

As the Health Minister’s bio tells us: “Before entering Parliament, she was Assistant Secretary at United Voice and remains passionate about the protection of working people’s rights.” Doctors are people (sometimes we’d wondered up till then whether the Government fully appreciated this) and, for whatever reason, things did start, well, working.

“If you come to a negotiation table saying you have the final truth, that you know nothing but the truth and that is final, you will get nothing,” said Finland Prime Minister Harri Holkeri (why not add some stolid Scandinavian advice).

Let’s be clear, it’s a negotiation. If you’re both bargaining in good faith, you have the interests of your side in mind. But you also have to see it through the eyes of the other party, and know what is an absolute position and what isn’t. You’d best hope you don’t need to establish too many absolute positions on either side. Somewhere in there is the kernel of an agreement. Goodwill on both sides helped us to inch (let’s stick to the imperial measure metaphors) towards the agreement we’ve now landed for public hospital doctors.

Doctors in training are understandably thrilled that their needs have finally been met, and the realities of their precarious, itinerant employment recognised, with portability of leave enshrined in the new agreement. It’s a huge relief for a cohort that’s the next generation of senior doctors leadership. With serious workforce competition throughout the nation’s overstretched public hospital system, it’s one less reason for doctors nurtured here to take off at the start of their careers.

The commitment written into the agreement to provide permanent employment for Senior Doctors means public hospital doctors will have job security that will stabilise the workforce, and provide a range of benefits, including nurturing a culture of quality and safety.

OK, that’s some West Aussie wisdom, courtesy of me. It was vital that we got this deal done. I’m more than satisfied if I’m the president who finally achieved that, on the back of the efforts of our leadership, staff and members over the course of many years. We have achieved changes to conditions that were starting to look unattainable. Their addition into the framework of employment for public health doctors will have far-reaching effects for our profession and the health outcomes for Western Australians.

There are many disappointments, as with any agreement. The government wages policy has stifled the just cause of a far bigger increase but we are back on the path of percentage increases, the first set to flow next July. There are other conditions still unmet that we will continue to fight for. Let’s take a moment (and a deep breath) to consider all that has been gained. There’s another long journey ahead and any day now it will be time to make that single step…