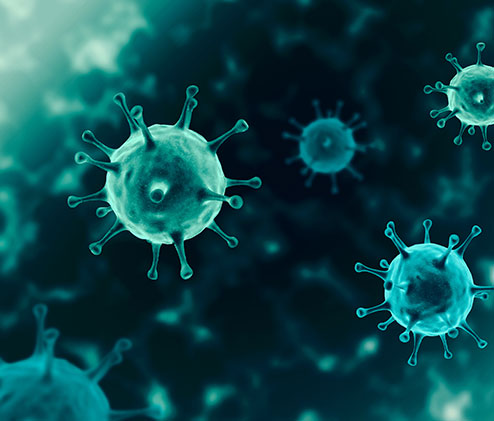 President’s Blog: Don’t mention the war (unless you’re talking about the war)

It’s easy to think of COVID-19 as some sort of military adversary, and that’s before you take into account our Vaccine Taskforce Commander is Lieutenant General John Frewen, whose media appearances are done in uniform. If you drill down further, WA’s Chief Health Officer, Dr Andy Robertson, has had a distinguished naval career.

So, sure, there are synergies and symmetries there. It’s called a theatre of war, for goodness sake, and we know all about theatres!

Nevertheless, this week’s shocking events should make us realise dealing with a deadly and highly infectious disease is, first of all, a health issue, with clear health ramifications.

After that, especially when you’re in the realm of a pandemic, there are some serious social ramifications on top of that.

The country, and indeed the world, has been on a two-year reckoning with the intersection of health and society, at a scale never experienced previously in the era of globalisation. It’s undoubtedly a shock to the system. But it’s not an assault on the freedom of those used to seemingly no limits on their activities. It’s a way of ultimately protecting those freedoms through socially sanctioned restrictions and curbs. Crucially, in Australia, the sanctions are largely agreed through the processes of the democracy that underpin them.

Yes, governments will abuse, ignore, override. That’s on a good day! But, seriously, in most jurisdictions, governments have been restrained in their decision making by the will of the people.

So, while the move away from the 5 February opening was a shock to Western Australians, it was unlikely to last for an extended period of time.

Our own doctor survey found an even split between those who supported the Government’s decision, and those who didn’t.

But there was a clear sentiment in that survey that there should be a new date set, a message the AMA (WA) has prosecuted ever since. Moreover, we’ve continually called for social restrictions that would curb the peak of the Omicron outbreak. Some media proponents have been particularly aggrieved at the figures we’ve suggested, and the modelling we’ve used.

However, in the absence of the Government providing theirs, I simply used modelling from South Australia to make predictions about likely outcomes here.

Just as things moved from vague rhetoric to vague but more targeted rhetoric, to an outright assault in Ukraine on Thursday, it’s hard to take in how quickly things have changed for Western Australians in the last few days.

On Thursday 17 February, WA moved to Amber Alert in its COVID-19 System Response. It led to new settings for healthcare workers, with greater levels of protections. With cases mounting steadily, we supported that change.

The very next day, the Government announced full border opening from 3 March. Crucially, a range of social measures was announced, starting 21 February. While they didn’t go quite as far as the South Australian restrictions I had referenced, the AMA (WA) supported them. This was taking into account the higher levels of vaccination achieved in the intervening period, and predictions on the bolstering of those numbers by the time of opening.

Then, on Tuesday 22 February, the Government released its own modelling. Importantly, it corroborated the predictions we’d made, with the 10,000 symptomatic cases at the peak similar to the 9000 cases we’d factored in. Clearly, and unfortunately, there will likely be scores of people in ICU, experiencing very difficult conditions, and some will die.

But we are nevertheless of the opinion that the health system can cope, and deaths minimised, given the social restrictions playing their part in flattening the curve.

The reality of all this was brought into sharp focus, with daily cases rising from 252 reported on Tuesday to 645 on Wednesday 23 February, and topping the 1,000 mark in Friday’s reporting. With the numbers quickly rising, we are particularly keen to ensure vulnerable cohorts are not left behind, as the need for vaccination becomes more acute approaching the full border opening.

We’re calling on those caring for loved ones in aged care to ensure they have their vaccinations, including boosters, wherever practicable. With Omicron, the booster means there is a 75 per cent chance you will have asymptomatic disease. That’s a crucial buffer to give our elderly the greatest protection possible.

The Government can clearly do a lot better for those in our prison system too. Just because they are ‘on the outer’ and therefore put ‘inside’, it doesn’t mean their health needs should be neglected. Shocking statistics have revealed many children in the prison system are completely unvaccinated, and booster levels throughout the system are woefully inadequate. It leaves them, and inevitably the rest of society, vulnerable, should outbreaks take hold in prisons.

Then there’s our 5–11-year-olds, whose vaccinations are not tracking at the levels they should be. Parents should be encouraged to ensure that children are fully protected by the time the borders come down, and preferably as soon as possible, given the way Omicron is taking off.

We’ve long had concerns about our remote Aboriginal communities, and advocated for their protection, and a focus on vaccination. A COVID-19 outbreak was reported in Bidyadanga on 24 February, and other communities are facing challenges. We understand the Kimberley Aboriginal Medical Service has acted promptly to deal with the Bidyadanga outbreak. However, the protection of our remote communities will require vigilance and focus, and we wish those communities and their healthcare workers well.

Look, call the pandemic what you like: a war, a military operation, an unprecedented conflict. It’s a free country. But even with WA’s ‘border conflict’, don’t confuse missiles raining down on non-combatants and taking out key infrastructure with some health orders, social restrictions, or even closing borders to prevent disease entering. We’re all on the same side here, and even the few who are highly opposed to the impositions required by a pandemic need to have their concerns taken into account.

If the modelling holds, and the hospital system doesn’t cave, it’s fair to call this a significant health victory achieved with the best interests of Western Australians at the forefront. Meanwhile, keep the people of Ukraine and Russia in your thoughts. A regional conflict, slipping into a European conflict, seeping into global warfare is a pandemic we can surely do without.