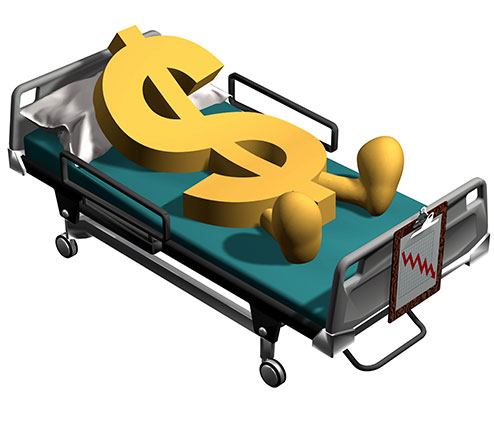 President’s Blog: If it won’t budge, time to budget

There’s a lot of theatre about a State Budget, and I’m not talking medical theatres. We always knew there’d be selective ‘drops’ about what’s in the one coming out on 9 September. But after last year’s mystifyingly didn’t offer any substantial health spending change, despite the dire state of the system, we had no great preconceptions about how this one would pan out.

So, it was a strange feeling to get the theatre program so early this year, with all the drama centred on health. It started in The Sunday Times last weekend with one of those aforementioned ‘drops’.

All the talk was about a $4 billion injection into the health system. Wow, that’s a lot of money, we thought. Hang on, construction of the new Women and Babies Hospital on the QEII site has been included. Wasn’t that announced last December? Immediately that $4 billion gets halved. Still, $1.9 billion is a lot of money, isn’t it? Yes, of course, especially when it belongs to the people of Western Australia.

At my media conference that day, I tried to get my head around the numbers, after accounting for the half a billion dollars or so allocated to mental health and the other half a billion for the COVID-19 response.

“That leaves $1 billion for health over the next four years,” I told the assembled media.

“Now if we assume, and there’s lots of assumptions here because we need to see the details, if we assume that there is a 50/50 split between operational and capital expenditure, then what we’re seeing is actually $125 million a year for the operations of WA Health.

“Now that is over a $10 billion budget, so it’s pretty easy math. That’s a 1.25 per cent increase in the actual budget for the running of WA Health, not much more than the 1 per cent we’ve had for the last four years that I’ve already explained to you is the fundamental reason that we do not have capacity in the system to deliver the expected demand.”

The media are naturally curious as to whether this announcement is finally acknowledgement that we’re in the crisis obviously engulfing us. So, I also felt the need to debunk a few of the other myths being peddled as reasons for the diabolical situation we find ourselves in.

“There has not been an unprecedented increase in demand,” I told the media conference.

“Ramping is also being blamed on massive numbers of psychiatric patients and mental health patients presenting to EDs. Again, it is simply not true.

“Mental health presentations to emergency departments have averaged 3 per cent every year for the last four years.

“Hospital ramping is at unprecedented levels because there has been a chronic underfunding and resourcing of the hospital system.

“COVID has been repeatedly used as an excuse for increased demand on the system. In fact, the opposite is true.

“COVID has actually relieved pressure on the system. If we look back at the ramping figures for June this year, we had more than 5,000 hours of ramping, the most ramping we’ve ever seen.

“If we look at the figures for July when we were in lockdown, when we had reduced elective surgery in the public healthcare system, the ramping dropped to 3,700 hours.

“This shows that actually  COVID reduces the demand on the tertiary referral system and should not be used as an excuse for chronic underfunding.”

Look, I applaud Mark McGowan for taking this step and treating health with the respect it deserves. But after years of neglect of the system, I’m not about to get too excited about something that won’t likely provide the necessary short-term results we need to bring ramping down, for example. I’ve already predicted it will hit 6,000 hours this year.

Nevertheless, the Premier (and the Treasurer, being one and the same) has finally got with the program. I suspect there will be a fair bit of theatre before the Budget is finally delivered but at least we’re seeing a full dress-rehearsal. Finally, health is getting centre stage and the Treasurer appears to be willing to buy a ticket.