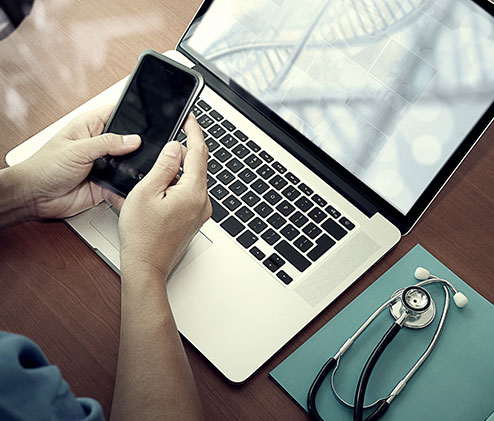 General practitioners have undoubtedly done the heavy lifting to get COVID-19 vaccination rolled out across Australia, not just in the number of vaccinations delivered, but also in the huge time spent counselling and advising patients.

However, unlike many other countries, Australia has never had a no-fault Vaccine Injury Compensation Scheme (VICS).

This has left GPs exposed to a litigation process as the only means of resolving vaccine-related problems. This is traumatic, expensive and often very unsatisfactory for both parties. The need for a VICS has been recognised and advocated for years, but with the advent of COVID, the need became acute.

The AMA began planning further action as soon as the pandemic hit, and the issues around future vaccination became clear.

We initially wrote to Federal Health Minister Greg Hunt in January this year proposing a no-fault COVID-19 indemnity scheme. Subsequent meetings with the Minister and Department of Health revealed limited interest and a lack of understanding of how vaccine injury claims play out in the real world.

The Government had assumed that the indemnity provided to manufacturers was sufficient and, by virtue of this, GPs were protected.

A long lobbying process at the highest level of government resulted in Prime Minister Scott Morrison committing to a vaccine claims scheme on 28 June.

In subsequent meetings, the AMA worked hard to make sure that the scheme reflected the commitment made by the Prime Minister and that it would be a genuine ‘no fault’ arrangement, not just for the public, but also for practitioners.

AMA Federal President Dr Omar Khorshid engaged directly with the Prime Minister over this, leveraging both the power of the AMA and also his own personal relationship with Mr Morrison, to persuade him that a true no-fault scheme was desperately needed.

Months of hard work paid off when more concrete details of the scheme were announced, whereby injured patients could apply to Services Australia for Commonwealth-funded compensation, equivalent to that available through the courts for proven vaccine product or vaccinator harm. An expert panel would assess the veracity of claims and determine common-law equivalent compensation settlements fully funded by the Commonwealth. The expert panel would refer instances of gross health practitioner negligence to AHPRA.

Noting that barring litigation in State and Territory jurisdictions is beyond the Commonwealth’s authority, the conceptual scheme appears intended to minimise common-law claims initiated against vaccine manufacturers, vaccinators and their insurers. The Commonwealth is understood to be additionally willing to monitor and act if such litigation outside the scheme occurs in large volume.

At the time of writing, the exact structure of a genuine no-fault vaccine scheme was still being developed and tested confidentially, however the important principles have been agreed and the public commitment made.

An outburst of vaccine litigation would be disastrous for the vaccine roll-out, financially imperil MDOs and result in huge GP premium increases. Not to mention the stress and diversion from clinical care that litigation involves.

As we know, there are extremists who, for financial and political reasons, would like to see such litigation go ahead regardless of the chances of success.  This is a huge win for all doctors and patients, but especially for GPs, as we are most involved in advising and administering COVID vaccinations.

All colleges and MDOs supported the AMA in the action we took. As the peak professional body for doctors, the AMA had the power to successfully change the view of government on the need for a VICS and get the result we needed.

I must stress that no other organisation, however well-intentioned, had the ability to do this.  Special thanks go to our AMA President Dr Khorshid, who was instrumental in achieving this result.

Over the last year, through ongoing sensible advice and support to our Federal Government, Dr Khorshid has gained their confidence and our Prime Minister has increasingly sought his advice. This has now translated into a win for GPs and the whole country.