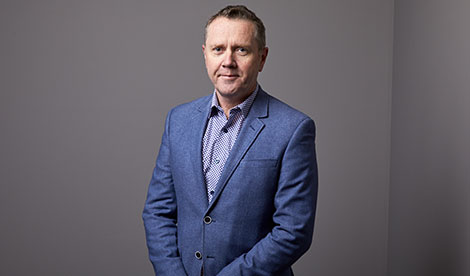 Even before SARS in 2002, the AMA was calling for the establishment of a national Centre for Disease Control (CDC), as is found in all other OECD countries. We are now seeing some of the problems with having every state and territory discuss on a daily basis with their federal counterparts the next steps required in a pandemic response.

No doubt they would all be consulted by a national CDC, and no criticism of any individual or department, but there is some appeal in having a central decision-making body to streamline things. The recent bushfires are not a bad example of what happens when the federal and state governments get sideways with one another in the midst of a crisis and start pointing the finger instead of solving problems.

Meanwhile GPs, who everyone has thrust into the front line, have not been equipped with simple stuff like the right masks in sufficient quantities.

While we expect the advice on an emerging threat to evolve constantly, there is no single website that contains all that a GP needs to know, in one place, and no online tool for seeking immediate feedback or advice. Having two landline numbers (one for after hours) to call the public health physician – who was in a meeting when we rang – seems very 1985. Not that they shouldn’t be in a meeting, no doubt there are many to be had, but how about a 24/7 call centre for the nation? Scripted replies for how to handle preparations and presentations. Is a fever required for test ordering? What is the turn-around time? Which ICUs and EDs are overwhelmed? Which labs are online for testing in private?

I hope the patient numbers do not keep doubling every five days, as seems the course so far. But if they do, who will make the big calls on when to shut down business as usual, and focus all of our health system on pneumonia from coronavirus?

Who will shut the airports completely, and on what criteria? If Perth has a few hundred hospitalised cases, what is the plan from there?

We will keep asking, and explaining that exponential increases in patient numbers are a real possibility. Hopefully this will fizzle but if we are in the hundreds of cases here in a couple of months, the chance to prepare will be already past.

Permanent Tenure the priority for senior doctors in EBA negotiations

A more procedural, yet very important issue, is the Enterprise Bargaining Agreement for WA’s public hospital doctors, currently at a stalemate.

The issue of permanent tenure to replace the current default five-year contract for senior doctors, has risen to the top as one of the most important issues for doctors, remembering that this also affects the ability to attract and retain the best doctors in training, the ones we need to build our future health system.

WA’s current system of fixed-term employment facilitates a culture of fear, where senior doctors risk retribution in the form of contract non-renewal, for raising concerns.

The government’s current opposition to permanent employment contracts for senior doctors fails to recognise the critical role that permanency plays in creating a safe working and clinical environment.

The AMA (WA) Workplace Relations Team continues to hear accounts of senior doctors’ contract renewal being used by employers as a method of control. This has created a toxic work environment at many points in our public health system and in our view is the driving factor behind the woeful results in the recent Minister for Health Engagement Survey, which showed that 58 per cent of doctors are too fearful to voice their opinion.

A lack of job security contributes to this fear, and this poor practice is used by some in administration to silence and subjugate those who advocate for better services, or who are out of favour for whatever reason. These sub-standard practices have a direct impact on the patient care delivered in our public hospitals.

At least two independent reviews into our health system, the Review of City East Community Mental Health Service and the Review of the morale and engagement of clinical staff at Princess Margaret Hospital, have highlighted the negative impact short fixed-term employment has on employees’ willingness to speak out or raise concerns.

WA stands out as the only state where public hospital senior doctors ARE NOT primarily employed on permanent employment contracts.

In addition to the serious risks this poses to clinical care and patient outcomes, WA Health is increasingly being viewed as an uncompetitive and inferior employer compared to other states and the private sector, compounding existing workforce issues.

What makes this even more bizarre is that all WA public sector employees who have been on a temporary contract for more than two years, are entitled to claim permanency, with the only exceptions being executives and doctors.

We have yet to hear any credible arguments that address the risks to patient safety and employee wellbeing currently posed by fixed-term employment.

WA doctors are about in the middle of the national pack when we compare salaries. For the size and the remoteness of our population, the government should surely be making all efforts to ensure we attract the best doctors to come to WA, build an excellent career to contribute clinically, in teaching and research, and stay here to deliver quality care for patients.

Furthermore, from a workforce perspective, permanency has not caused any negative effects in the training pipeline and succession planning in any other state. With an ageing population and demand on public and private healthcare services continuing to rise, the number of medical services required will only increase in the future.

Other states manage succession just fine with permanent contracts in place, natural progression and respectful retirement at an appropriate time for our doctors, after we have benefited from their wisdom and experience.

Already we face the challenge of brain drain to the East and overseas. What early career specialist would invest their career and life in an isolated state that might replace them in five years, or less, with a cheaper model?

If the government is seriously suggesting that in WA our mid-career doctors should routinely be replaced by new consultants, then it will be hard to sustain any workforce here for our isolated community in the long term.

Part of our responsibility as clinicians is to speak truth to the powers that be, and we cannot afford to have doctors with all their inside knowledge keeping their heads down because they know that if they cause any disquiet, they will get marching orders after a few years.

This is not good for doctors, not good for patients, and ultimately it is not good for a government to have a disengaged medical workforce with low morale and one eye on the more secure, and in many cases, better paid jobs over east.