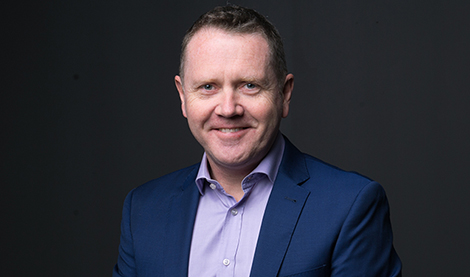 We all dodged a bullet when the recent case of SARS-Cov-2 escaped from oxymoronic ‘hotel quarantine’ in Perth. Thankfully it turned out the patient was not much of a COVID-19 spreader.

This was not an opportunity for “I told you so” from the AMA (WA); that was much better coming from Charlie Pickering on The Weekly. But it was a rare chance perhaps to get past the stonewalling that we all encounter as we come up against the juggernaut of ‘government policy’. Even when the outcomes are clearly wrong, the apparatus of government digs in. Watching them defend the ‘no masks for security guards’ policy while asking the public to put on theirs was a light bulb moment for many who think the experts must be right because of their job titles.

The AMA (WA) has, for some time, been expressing disappointment in the lack of more rigorous quarantine and healthcare risk controls, especially to mitigate against the down-played possibility of airborne spread. This flows from Commonwealth Infection Control Expert Group (ICEG) policy, based on the understanding of COVID-19 as something that spreads predominantly by droplet and fomite spread, with airborne spread being confined to specific clinical situations.

There have been growing objections to this view 1 and it seems accepted now by WA Health (Dr Paul Armstrong during a media conference on 4 February) that airborne transfer in hotel quarantine is the most likely reason for the recent workplace-acquired infection. The consequent increase in risk controls on all levels of the hierarchy that should flow from this are not yet implemented, so we will continue to advocate for all workers, which of course includes our doctors.

The lack of spread from the security guard – despite the higher attack rate of the B117 variant of COVID 19 in the index case here – has been a challenging thing to explain to the public who had expected to see a higher number of cases. The high variability in spread from individuals resulting in sporadic clusters is difficult to understand in a community without the experience that tragically affects the US, UK, Europe and many other countries.

The real and present worry for the AMA and our doctors is that the lack of thorough hotel quarantine preparedness is just a small metaphor for how the aged care and hospital sector is prepared for a wider outbreak. Many believe that the system is brittle, meaning that a repeat of Victorian healthcare worker infections from the workplace could result in rapid system capacity decline and closures, with the services and staff that remain then being overwhelmed.

At the start of the five-day WA lockdown, we saw people scrambling for community masks, ad hoc rules being altered frequently, and confusion about when and where testing would take place. QR codes were rapidly implemented in hospitals as well as many other at-risk locations. Private pathology was not informed that it definitely would be utilised until the day before. And once again, GPs were prohibited from taking PCR swabs for suspected COVID-19 cases. This does not sit well with the constant reassurances we hear that all plans are well advanced, so we are grateful the spread did not eventuate.

The resistance to outside help from occupational physicians, hygienists, engineers and technology advisers continues within the emergency response, which results in power and information being limited to a few. The worry is that a political desire to control the narrative gets in the way of a pure public health response. This is not helped by the lack of irony with which each state premier attacks the others while saying they alone have the best medical advice. Medical advice, of course, is always in response to a policy question from government, and it is the politicians who make the decisions – all the more fraught in an election season.

The government is not interested in any obvious way in engaging systematically with the workforce to ensure that those who know their workplace best are consulted – not in some tokenistic way but incorporated fully into the response. While this is understandable at the onset of a crisis, diversifying and collaborating would yield better solutions at this stage.

We are not chess pieces to be moved about in a game. We have trained as a sentient workforce with a distributed knowledge that if harnessed would be far more effective than command and control policy mistakes from committees and individuals that lack real diversity. We have workplace health and safety laws requiring that all reasonably practicable precautions to control a risk be implemented. There is a positive obligation to respond to risks raised by employees.

In a recent AMA (WA) survey of our State’s doctors on the resilience of the WA health system, 60 per cent said they didn’t believe the WA health system would cope with a large COVID-19 outbreak (similar to Victoria’s second wave). There is a big gap between what we know the reality to be and what the government will admit to. Similar proportions of doctors responded that WA does not have adequate medical workforce and demonstrated no confidence in having access to the PPE needed in in the event of a large outbreak. A majority hold concerns around facilitation to escalation of care from primary practice, and mental health support for the workforce.

We will publish results of the independently-conducted survey in the next edition of Medicus and will continue working with government to point out the problems. In my view, the State Government is listening but not acting on our concerns with any effective response at this stage.

What should we do about all of this? Well, we should not be beaten or wearied into submission. We should call out the problems as we seem them, as it is our duty to serve the community with our expertise. But we should also insist on a safe workplace for ourselves and all those we work alongside. We are not heroes here to just shuffle up the line to sacrifice.2

Our relationship with the Australian Nursing Federation and other health unions has been strengthened and we are escalating our use of workplace safety laws. Soon we may ask you what sort of actions we can take collectively to lawfully, respectfully but very forcefully, make the point that we will not be ignored.

The healthcare workforce must remain healthy itself or we cannot take care of anyone else. Stay safe and contact me at any time via email drajm@me.com, phone 0419 941 274 or twitter @drajm.