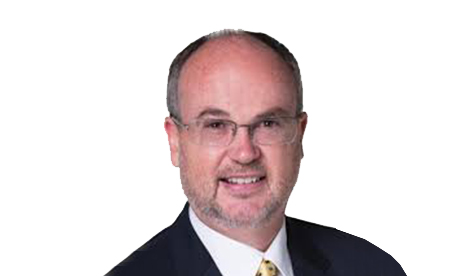 Hon. Bill Johnston weighs in on the AMA (WA)’s negotiations with WA Health

In July 2020, as part of our EBA advocacy, the Australian Medical Association (WA) wrote to Hon. Bill Johnston, Minister for Industrial Relations, in the hope that sharing some of the medical profession’s concerns would assist in progressing negotiations. The Minister’s response to us in October reflects WA Health’s prioritisation of administrative control over doctor wellbeing and patient outcomes.

What follows are some extracts from the Minister’s letter – and our response:

“I have been advised that the AMA traded  away permanency in 1996 for maximum five year contracts and other benefits including significant salary increases and improved conditions. “I appreciate that your membership is unlikely to accept commensurate salary reductions to reinstate permanency.” – Hon. Bill Johnston

“…the offer made by WA Health on 28 May 2020 seeks to address AMA concerns regarding the use of shorter fixed term contracts…” – Hon. Bill Johnston

The AMA (WA) is concerned about the abuse of shorter fixed-term contracts. The current Agreement prescribes the right to either a five-year appointment, or a contract of up to six months, but only for short-term exigencies. WA Health’s offer seeks to legitimise non-compliance with the current Agreement: successive six-month appointments and fixed term contracts of any length between six months and five years, as unilaterally determined by the Employer. To accept this would be agreeing to a significant reduction in doctors’ current entitlements – greater uncertainty and less security for senior doctors.

“… in respect of a 5 year contract not being renewed for a Senior Medical Practitioner, while there is no automatic right to a subsequent offer of employment, I would support an obligation on the part of the Employer to provide written advice of the reasons for the decision not to renew a contract.” – Hon. Bill Johnston

It will not ensure the renewal process is more robust or equitable.
It will not allow doctors to raise concerns about patient safety.
It will not prevent executive retribution.

“WA Health has advised it is unable to accommodate all the portability/retention provisions as proposed by AMA on the grounds they are operationally unviable and would result in significant cost implications.” – Hon. Bill Johnston

Accrued entitlements are ultimately lost or paid out; our claim to allow DiTs the ability to port or park entitlements and service will not alter this fact. It will, however, prevent the opportunistic erosion of accrued entitlements, where DiTs are only required to leave WA Health temporarily for training purposes. It will also:

“I genuinely appreciate the contributions of doctors in supporting the community through the COVID-19 pandemic.” – Hon. Bill Johnston