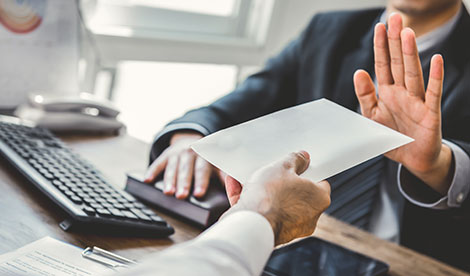 At the end of 2018, the Australian Medical Association (WA) was looking forward to what should have been a formative year in terms of our industrial advocacy and support for members. Registered industrial agreements – covering more than 5,000 doctors in the public hospital system – were to be renegotiated, which offered the AMA (WA) and the WA Health System Manager the opportunity to address deficiencies, clarify ambiguities and resolve outstanding systemic issues through the bargaining process.

Our 2019 advocacy commenced with a campaign to ensure practitioners who were leaving the WA Health System received all monies due to them on the payday following their last day of employment, as per the Agreement.

This campaign was a resounding success. Of those members who contacted the AMA (WA) and who had not received payment in accordance with the Agreement, all were paid as soon as the Association advised WA Health employers that we were about to lodge an underpayment claim.

Health Support Services has since introduced a new process to manage practitioners who are leaving the WA Health System.

On the bargaining front, however, there has been little progress. Following months of meetings with WA Health represented by State-Wide Industrial Relations Service and WA Labour Relations, to date offers of a replacement Agreement have failed to adequately address any of the AMA (WA)’s key claims.

The failure to address systemic issues that impact employee wellbeing, morale and patient care compounds disappointment in relation to how the AMA (WA) now considers (in relation to some issues such as access to leave) Agreement compliance as ‘progress’, achieved through the threat of prosecution.

As we outline three contentious issues, which the AMA (WA) believes represent the continued systemic violation of medical practitioners’ industrial entitlements, negotiated in good faith over successive rounds of bargaining, we land on an unsettling reality. Medical practitioners working in the WA Health System cannot rely on their employer to treat them the way they are supposed to, the way that they are legally prescribed to.

Consequently, we advise AMA (WA) members (irrespective of what your employer has told you, the experience of your colleagues, or what is disseminated in workplace policies or guidelines) to approach us if you have a question or need any industrial advice.

As this year draws to an end, the AMA (WA) has been left asking: What kind of a foundation is this for a publicly funded health system, whose primary focus is patient care?

Working towards a resolution to these systemic issues, whether by diplomacy or prosecution will be the AMA (WA)’s primary focus for 2020.

In the AMA (WA)’s view, this unambiguous articulation clearly defines the options available to the WA Health System when appointing senior practitioners.

Yet the AMA (WA) consistently hears from members who are offered employment outside of the clear boundaries set in the Agreement. The AMA (WA) also regularly views WA Health job advertisements which depart from the terms of the Agreement by advertising substantive positions for periods less than five years.

Given WA Health Service Providers’ (HSPs) approach to Clause 20, it is difficult to reconcile their management of senior practitioners’ appointments as a difference of opinion or distinct interpretation of the provisions.

The AMA (WA) does not appear to be the only proponent of our interpretation. Our construction was also affirmed by the State Solicitor’s Office through their submissions in the matter of ‘East Metropolitan Health Service and Australian Medical Association (WA) Inc.’ 2019 WAIRC 00004. It was submitted on behalf of the health service that “the relevant clause is instructive and requires the employer to do something as a matter of fact, namely to offer a five year fixed term contract as is the employee’s statutory right .”

Some WA Health employers have responded positively to AMA (WA) advocacy on job advertisements, which the AMA (WA) maintains could be construed as misleading conduct under Australian Consumer Law (WA) as they fail to disclose the practitioner’s right to be offered a five-year contract of employment.

North Metropolitan Health Service (NMHS) amended a job advertisement in April 2019 to “reflect a five year term of contract of employment as per the [Agreement]”.

South Metropolitan Health Service (SMHS) readvertised a position in November stating that the “successful applicant will be offered a five year contract of employment in accordance with Clause 20(1) of the Industrial Agreement”.

However, despite the clarity of Clause 20, submissions from the State Solicitor’s Office and a number of HSPs acknowledging the AMA (WA)’s interpretation of the provision:

East Metropolitan Health Service (EMHS) refused to correct a job advertisement, stating that “the decision to advertise the position on a two year basis is considered to be appropriate and not in contravention with the terms of the Agreement”.

This inconsistent approach to how WA’s public health system manages senior practitioner appointments doesn’t just belie good workplace relations or the sense that HSPs are singing from the same hymnsheet.

At best, it represents a fragmented system that fails to acknowledge the importance of system-wide consistency.

At worst, it shows employers’ contempt and disregard, not just for their legal obligations, but also for fundamental principles, necessary to achieve positive workplace culture and morale.

The AMA (WA) has continuously raised issues relating to senior practitioner appointment directly with WA Health System Employers, WA Health System Wide Industrial Relations and the System Manager, the Director General of Health. As AMA (WA) advocacy directly with WA Health stakeholders has failed to produce an adequate outcome or even produce a coherent justification of the current inconsistent approach, the Association intends to commence proceedings in the WA Industrial Relations Commission.

How should you respond to an offer of employment where the term is less than five years?

Unless the position is required to meet a short-term exigency of up to six months or you are satisfied with the proposed appointment term, we advise practitioners to accept the offer of employment, amending and initialling the appointment term provision by noting the following: “An appointment term of five years, in accordance with Clause 20(1)(a) of the WA Health System – Medical Practitioners – AMA (WA) Industrial Agreement 2016 .” Please contact the AMA (WA) Industrial Relations team, who can advise you in relation to your individual circumstances and where the appropriate annotations need to be made.

Leave comes in a number of guises – Annual Leave, Parental Leave, Professional Development Leave, to name a few. All serve a purpose. Access to each of these forms of leave contributes to positive employee wellbeing. All have a basis in either legislation or the Agreement. And all have either been unfairly denied or misrepresented to WA Health medical practitioners in 2019.

As we wrap up 2019, the AMA (WA) aims to counter fake news, educate members about their rights, remind employers of their responsibilities and encourage you to approach the AMA (WA) with your questions on leave.

The AMA (WA) has recently seen a number of WA Health ‘leave guides’ and application forms which disseminate misleading information about DiT’s right to professional development leave such as the following:

“You will not be paid for professional development leave undertaken outside of normal working hours (8am to 5pm Monday to Friday excluding Public Holidays).”

We are sure the irony of “normal working hours” and “8am to 5pm Monday to Friday” being used in the same sentence with reference to DiTs, is not lost on anyone.

Needless to say, when your contract of employment states that you shall be “rostered, across any of the 24 hours of the day and the 7 days of the week” and the Agreement does not expressly limit your access to leave on weekdays only, you can access professional development leave on any day of the week, subject to meeting requirements outlined in Clause 18 of the Agreement.

This is particularly frustrating for the AMA (WA) as it is not the first time we have been required to correct leave guides issued by employers. In April 2019, the AMA (WA) wrote to NMHS pointing out a number of mistakes in information it had distributed to DiTs. We specifically requested that “any future publication which summarises a practitioner’s legal rights be reviewed to ensure it complies with legal obligations outlined in statute and the Agreement.” And that we hold ourselves “available to assist NMHS in this capacity”.

The AMA (WA) has not received any request to review the most recent iteration of the JMO Leave Guide, which we have been advised has now been withdrawn. This is the second leave guide NMHS has had to withdraw in nine months due to false information contained in it.

We can advise, contrary to the advice provided in the guides that:

Nobody can deny the difficulties faced by employers when managing access to annual leave. But likewise, no one can deny the importance of facilitating access to this entitlement, which is inherently connected to employee morale and wellbeing.

While medical workforce departments must grapple with available leave relief and competing reasons for wanting to access annual leave and in some instances, the sheer number of applications for leave, there are a number of legal obligations that must be met.

Regardless of any advice from WA Health System employers, or implemented processes designed to manage application processes, practitioners must remember:

The AMA (WA) has raised the issue of misinformation circulated by WA Health Service Providers directly with the System Manager. We are not only seeking that errors in communication materials be corrected, but that those practitioners who have applied for leave on the basis of the misrepresentations or have had leave applications declined, should be availed of remedial measures immediately, including re-crediting leave to practitioners if they so wish or providing additional leave to practitioners who have been denied access to leave.

We will prosecute WA HSPs that continue to provide misleading and inaccurate information in their leave guides, or unfairly deny or limit access to leave.

If you have any enquires about your right to leave, or your employer’s obligations in relation to leave, please contact the AMA (WA) Industrial Relations team.

The AMA (WA) has previously highlighted the commonly faced frustration encountered by doctors who, when querying their salary payslip, find themselves caught between their employer and HSS, the health equivalent of ‘a rock and a hard place’.

The AMA (WA) Industrial Relations team shares this frustration as we too, often find ourselves being told by either party, that the other is required to provide a piece of invaluable information or sign-off, or worse that the matter has been ‘escalated’, a phrase which has become synonymous with more delays.

It’s not that we have a problem with decisions being reviewed or critically analysed – this function is important, particularly when accounting for public money. However, there are a number of principles we encourage practitioners to remain cognisant of:

The AMA (WA) has recently been advised of a number of decisions taken by HSS to withhold payment of certain entitlements, or apply salary payments, which differ to those authorised by the employer. If HSS unilaterally alters the authorisations and pays something different, this still amounts to a breach of the Agreement by the employer, as HSS is not a party in the employment relationship. The AMA (WA) will prosecute these breaches accordingly.

If you have submitted a P8 Medical Call-Back form and not been paid accordingly or been advised by HSS that they require more information to process payments, please contact the AMA (WA) IR Team on 9273 3000.