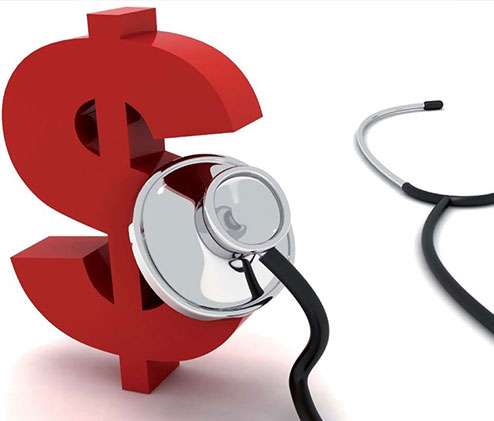 No state budget can ever earn itself the title perfect except from the most optimistic treasurer.

The 2012–13 Western Australian budget brought down by (now former) Treasurer Christian Porter on 17 May 2012 is one of the better ones seen in recent years.

I am a great believer that in representing the State’s medical profession, the AMA (WA) President sometimes has to criticise governments, of whatever political colour or level.

Members will know my belief that one of the roles of an AMA (WA) President is to argue without fear or favour on behalf of all medical professionals and for the health of all Western Australians.

Without the Association fulfilling this role, there would be a complete vacuum of reaction to the bad decisions that government and bureaucracy sometimes make.

However, I am also of the view that it is important that the president should be ready to publicly recognise when governments do the RIGHT thing by medicine and public health.

It would be churlish and even politically dangerous to not acknowledge when Government delivers for the health system.

Like most government documents, the 2012-13 State Budget is a document of light and shade, of positive and negatives.

However, as the AMA (WA) press release on Budget night stated, there were also chances missed.  As our press statement argued:

“Also missed was the chance to commence planning for a new King Edward Hospital recommended more than 20 years ago.”

Our release also detailed concern that the Budget was particularly worrying because the Health Department’s own figures released that very week showed demand is growing at a huge rate.

“To put it bluntly, there is a tsunami in demand being experienced by the WA health system and this budget shows WA is going to struggle to deal with it,” then President Associate Professor David Mountain said.

“Even when the new Fiona Stanley Hospital begins operating in 2014, we will still be short of beds. Every health professional has done more as demand has grown but this cannot continue forever,” A/Prof Mountain said.

The AMA (WA) also said the reference in the Budget to rural and regional health was minimal and it was disappointing that some capital developments such as the Karratha Health Campus had been deferred. It was also disappointing to Royal Perth Hospital clinicians that the original proposal for the Hospital had been scaled back to little more than a refurbishment.

Readers of Medicus will be aware of our strong belief that research should be a major focus of WA and that this will help “future proof” the State for our children and their children.

However, on the positive side, the State Budget builds further on the significant health infrastructure programs the WA Government has concentrated on in recent years.

As Premier Colin Barnett said at an AMA (WA) function recently, it is indeed unlikely we will live long enough to see a boost in health infrastructure that matches the one we have seen over the last five years.

Health remains the largest single spending area of the Sate Budget, the massive infrastructure funding package continues and there is a pleasing increase in funding for mental health.

The AMA (WA) was also particularly pleased to see $6.7 million announced by the Treasurer and the Minister for Mental Health Helen Morton for a Mental Health Court diversion program.

I like to think our pressure on Minister Morton in relation to Marlon Noble and other mentally disabled prisoners had an impact on the examination of the problem and the additional funding provided.

The budget has weaknesses, yes. But there can be no argument that in WA, unlike most state and territories, the Department of Health is being provided with enough funding to actually run the health system.

It is up to the managers and administrators to ensure it is actually run properly, with the health needs of all Western Australians at the forefront.

Dr Richard Choong is a general practitioner and a former AMA (WA) President.