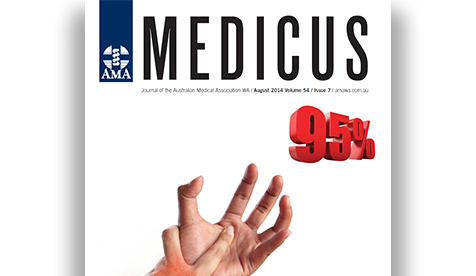 Well before the onset of COVID-19, and with different diseases in their sights, the AMA (WA) was intent on improving poor immunisation rates, particularly in metropolitan Perth, while the State Government was initiating their own child immunisation campaigns. Fast forward to 2022 and the State Government has been holding a school holiday drive to up the rates of child vaccination against COVID-19. Worryingly, as this edition’s president’s blog highlights, the Government is also handing over more immunisation responsibilities to pharmacies.

Hands up if you live in leafy, well-educated and pricey Mosman Park? Now hang your head in shame, because you live in the worst-performing Western Australian suburb when it comes to immunisation rates. Coming a close second on the list of immunisation offenders are North Fremantle, East Fremantle and East Perth.

In fact, most of WA’s metropolitan suburbs fare atrociously when it comes to embracing immunisation, something which is acknowledged worldwide as one of the most effective preventative health measures that a society can undertake.

Even the World Health Organisation has given immunisation a giant tick of approval, citing it second only to clean water as the public health intervention with the greatest impact globally.

The latest Australian Childhood Immunisation Register (ACIR) statistics show that WA continues to lag behind other Australian States and Territories in the overall percentages of children assessed as fully immunised. The percentage of WA children (between 12 and 15 months) fully immunised as at 31 March, 2014 was 90.7 per cent – that’s below the national average of 90.9 per cent.

The percentage of fully immunised WA children (between 24 and 27 months) was 91.5 per cent. This figure is the lowest Australia-wide and well below the national rate of 92.6 per cent.

WA is again the worst performer when it comes to children in the 60-63 month age group, recording a rate of 90.3 per cent, much below the national rate of 91.9 percent. To the AMA (WA), that is simply unacceptable.

What’s encouraging is that the State Government is tackling the situation head on. In recognition of the importance of immunisation in protecting the WA community, the State Government launched its 2013-2015 Immunisation Strategy with the aim of achieving and maintaining high rates of vaccination coverage. The ‘Strive for 95’ campaign sets a high but imperative target for WA’s child immunisation rates.

Considerable work is also being undertaken by the WA Immunisation Strategy Implementation Steering Committee (WAISISC) to improve our rates. The AMA (WA) President is a member of this group and is involved in strategies such as alerting local GPs to areas of low immunisation coverage, improving immunisation school entry checks, addressing immunisation issues for new migrant arrivals and developing practical and effective projects to increase WA’s immunisation rates.

The AMA (WA) has also been the leader in advocating for legislative change in WA to preclude unvaccinated children from accessing childcare services in WA.

One of the challenges in highlighting the criticality of achieving and maintaining high immunisation rates is that vaccination has been so effective in preventing a number of serious diseases, and public consciousness of the severity of these diseases has subsequently faded.

This complacency significantly impacts on the ability of health professionals to keep the  immunisation message front and centre of public awareness.

To do so requires consistent and clear messaging focused on the importance of immunisation using communication channels that can effectively reach health professionals, parents, carers and the wider WA community.

Medicus has previously featured articles highlighting the importance of achieving herd immunity to prevent outbreaks of diseases and save lives.

When a critical portion of a community is immunised against a contagious disease, most members of the community are protected against that disease because there is little opportunity for an outbreak. Even those who are not eligible for certain vaccines – such as infants, pregnant women, or immune compromised individuals – get some protection because the spread of contagious disease is contained.

Since January this year, Queensland has experienced several isolated measles outbreaks, the source of origin for which has, in the main, been attributed to people contracting the illness while travelling overseas. The WA Department of Health issued a warning in October last year after four Western Australians returned from Bali with measles and in January this year, visitors to a Perth cinema were warned to be alert to measles’ symptoms after potential exposure from a WA resident who had become infected with measles during a holiday in Indonesia.

New South Wales recorded 26 cases of measles from January to March this year – attributing these to under-vaccinated young travellers returning from the Philippines and South East Asia.

This edition of Medicus covers clinical issues relating to immunisation and highlights some of the challenges that will be barriers to the achievement of high immunisation rates across Australia.

These challenges include the proposed GP co-payment and its potential negative impact on immunisation rates if vaccination is not quarantined from the co-payment. Recent news of the potential removal of a key national immunisation program as part of the Commonwealth’s $165 million budget cuts has shocked medical practitioners.