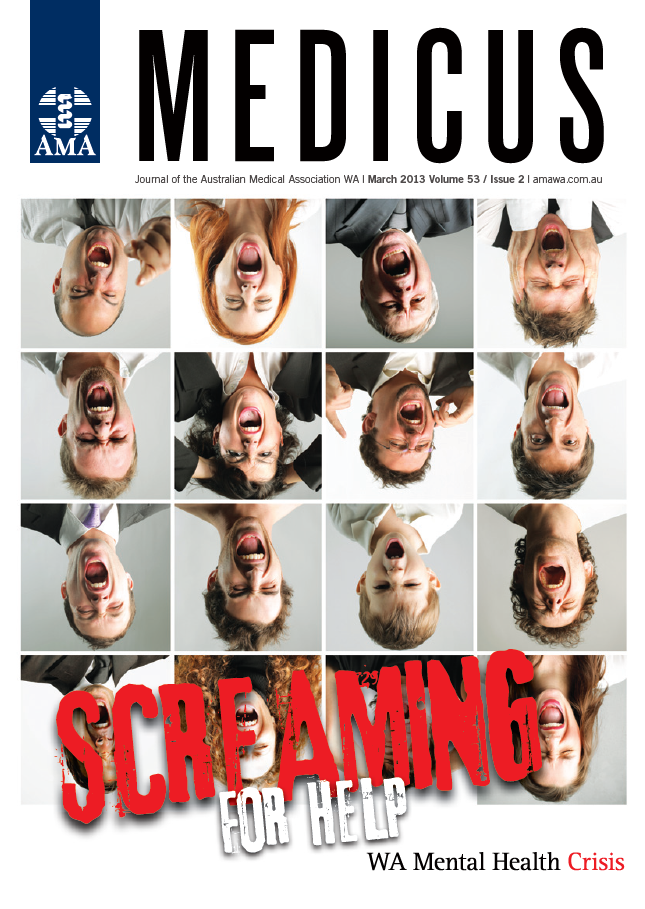 I had an extraordinary experience in January. Mental health hit the headlines and I had a little time on my hands. So I commented on the mountain of paperwork and the lack of availability of beds as the main threats to the rights of patients.

Someone might be discharged or denied a bed and come to harm, or kept in hospital against his will requiring more and more paperwork in revised mental health legislation.

It was always the evil psychiatrists to blame. It was not the Government who denies resources to do the job properly. Please note: I did not say a word about consumers or carers.  The response was astonishing. The newsletter of a very respectable carer organisation printed sentences from my article interposed with their own sentences referring to carers. It required very close attention to the punctuation to determine that I had not published a tirade against carers.

The letters to The West Australian suggested that I was “paranoid” and that psychiatrists really were evil and needed restraining. I would be grateful, one said, if I were incarcerated, to have the protection of the Mental Health Act. The new Act indeed, with its planned 54 forms and increased and pointless regular reviews taking psychiatrists away from their patients – not for me thanks.

The present Government came to office with the promise of a Minister for Mental Health which was duly delivered. Then came the Commission. I have to give my opinion that the latter has been a retrograde step. The Commission grudgingly appointed its first psychiatrist after two years’ operation, surely a token appointment without meaning any criticism to my distinguished one-time registrar who was appointed.  The stated policy is to shift resources from professional systems to the amateur ones of the Non-Government Organisations.

It is very reasonable to provide housing and support to discharged patients but not at the cost of proper treatment. Imagine if resources were taken away from surgery or cardiology to provide amateur attention to their patients with cutbacks in operations or angiography. The thinking being fed into the Commission of amateurs ranges from naive to bizarre. It can certainly be characterised as anti-psychiatry.

Meanwhile people are suffering from lack of beds and, in my view more importantly, the professional services of the Community Mental Health clinics which have a real hope of lessening the need for expensive beds.

The Stokes Review conducted last year suggests that there are enough hospital beds, and this has been promoted by the Government as evidence for the adequacy of current services. However the Review was not conducted to assess adequacy of available beds, and it relies on flawed data from the Tolkein II report, which misrepresents the picture in Western Australia because of the relative abundance of old-age acute beds and shortage of acute adult beds.

In response to this, the Government has opened a 22-bed facility in Joondalup, operated by a Non-Government agency (NGO) which will not be fully operational until the end of 2013. A further unit is planned for Rockingham.

It is safe to say that these facilities will not greatly improve access to hospital beds, as:

The efficacy of these NGO units will be very readily measurable within 4-6 months of them becoming operational, but this will not be until the end of 2013. And for the reasons given above, even when up and running, they are unlikely to improve the wait list to an acceptable number.

Patients who need a hospital bed are suffering, languishing in the ED or at home with pressure on family and carers and attendant risks. They will not be helped by the new NGO-run units.

The Government expresses great pride in its 4 Hour Rule that 90 per cent of patients are able to be moved to an appropriate bed within four hours of assessment in Emergency departments.

What is not said is that the shortage of mental health beds is so severe that the rule is (quietly) ignored with waits of days being common for this group of patients for whom the ED in the most unhealthy environment.

We should have enough acute beds so that the 4 Hour Rule should also apply to mental health patients. The current proportion discharged in four hours is much closer to zero.

How could one dispute an aim for the number of mental health beds that would allow patients the same standards as those with any other illness?

If psychiatrists are so evil, the anti-psychiatry movement will soon get its possibly unintended wish and eliminate them from the public system.

Already very few newly-qualified psychiatrists stay in the system of which they have had poor experiences over five years.

There is increasing attrition of employed psychiatrists, all into the private system. Here is the irony – the supposed enemies of the people in the public system will find that there are many patients prepared to pay money for their attention in the private one.

It gets worse. Fewer psychiatrists in the public system means less supervisors for new trainees who are increasingly applying now. A particular bottleneck has been child psychiatry with difficulty managing a blockage in this compulsory part of training.

We survive with the large numbers of overseas-trained psychiatrists who were the subject of racist slurs in the media. They are valued colleagues and we are lucky to have them but most are unable to participate in training.

It is time for the Commission to look at the professional aspects of care of the mentally ill and not be diverted onto useful but secondary aspects of care, which are no use if people do not get better in the first place. 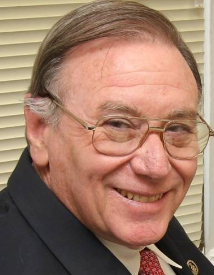