Flashback Friday: Leave, great if you can get it | AMA (WA)
Skip to content
AMA (WA) MEMBER LOGIN

Home | Blogs | Flashback Friday: Leave, great if you can get it 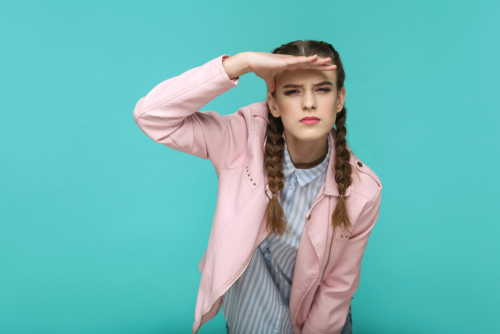 Flashback Friday: Leave, great if you can get it

For as long as I’ve been involved with the Doctors in Training Committee, there’s been a permanent fixture on the DiT agenda – the lack of reasonable access to annual and professional development(PD) leave in Western Australia’s major hospitals.

So why is leave such a big deal for DiTs? The answer is fairly obvious. Leave gives us the opportunity to attend courses and conferences to help us improve the care of our patients. Having PD leave approved can be the difference between passing and failing an exam, or just getting to the exam at all. Leave allows DiTs to do things others take for granted– such as attend a wedding or family event on a weekend. It gives us the opportunity to escape the pressures of work, recharge the batteries and avoid burnout.

After years of the DiT Committee trying to work constructively with the major hospitals, it appeared access to leave had hit its nadir in 2014. Final year medical students were being advised to submit leave applications the minute forms would be accepted or risk missing out altogether in their Intern year.

To quantify the problem, the AMA(WA) surveyed its DiT members and published a ‘Leave Scorecard’ grading the hospitals from ‘A’ to ‘F’ on access to leave. The results were telling, with no hospital receiving an ‘A’. Joondalup fared the best, receiving a ‘B’, while Sir Charles Gairdner Hospital brought up the rear with a somewhat generous ‘D’ (SCGH scored 25 per cent overall). The scorecard kicked off a fresh round of productive talks with the major hospitals, and at the time we were hopeful a turning point had been reached.

Around the same time and with the Leave Scorecard as a backdrop, the DiT Committee sought assurances from the soon-to-be operational Fiona Stanley Hospital that an appropriate FTE would be allocated to leave relief, allowing DiTs fair and reasonable access to leave in 2015. On multiple occasions, FSH medical executive reassured crowds of prospective Interns, Residents and Registrars they would have access to their full entitlement of annual and PD leave as per the industrial agreement.

Despite those assurances, FSH is now facing a DiT leave crisis.

Much has been made in the media recently of the issues facing FSH. Clearly, the surge in patient presentations coupled with a period of significant restructure has placed extra stress on the workforce across the board. To make matters worse, poor planning and a shambolic recruitment process has left FSH well short of the number of DiTs required. The net effect is a junior workforce under pressure and without a release valve. Both internally and externally, the immense strain on the junior doctor workforce at FSH has gone largely unacknowledged.

The majority of leave at FSH was booked before phase 3 of commissioning had been completed, with countless DiTs missing out. Some with exams to sit have had to beg medical administration for leave just to attend after initial requests were declined.

A recent call for comments from FSH Interns regarding annual and PD leave rejections resulted in an avalanche of responses. Amongst all this, FSH is losing an opportunity to invest in the training and development of its medical workforce by limiting access to PD leave.

Although these problems are not isolated to FSH, they are being felt there far more keenly. The time has come for the Department of Health and medical administrators to take DiT leave shortages seriously. Junior doctors are front and centre in facing the ever-increasing workload in healthcare, yet have been largely overlooked incurrent discussions. We are creating an unsafe work environment where burnout is a very real danger. FSH DiTs have been reassured help is on its way in the form of an inf lux of UK Registrars and RMOs, however in reality they are not expected to join the workforce until August. Waiting until the back end of the year is not an acceptable solution.

The DiT Committee is calling on the Department of Health, FSH and all major hospitals to take the current leave shortages seriously and look for solutions to implement now, not in five months.

So while we work as hard as always to convey the importance access to annual and PD leave holds for Doctors in Training, it regrettably appears leave will need to remain as a standing item on the Committee’s agenda – now and into the future.