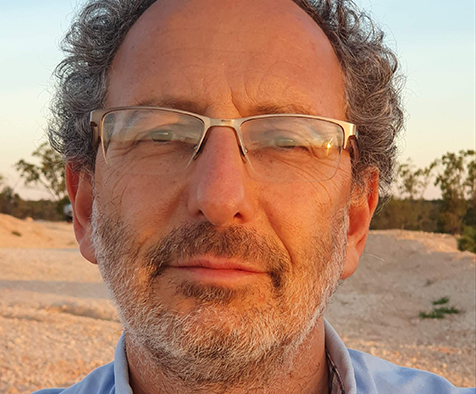 The pandemic has been a festival of delight for the connoisseur of dysfunction. The quality of our reasoning, the fitness of our institutions, the ability of our countries to act effectively have all been placed under a level of scrutiny unprecedented in most of our lifetimes. Across the world, myriad patterns of ineptitude have mushroomed and prevailed. Extreme parochialism, petty nationalism, the inability to comprehend that others’ experiences may carry urgent information which could save health, lives and the economy have been elevated to the mode de vie.

This conversation I had not three weeks ago in an emergency department mirrors many I have had in the last year, including with a number of senior physicians here in Western Australia:

“Look, in the UK they found that…”

“We’re not in the UK. This is Australia.”

“Really? OK, well, in Melbourne they also found that…”

“Let’s bring the conversation back to New South Wales, shall we?”

It is only natural to retreat to the familiar when under threat, but the degree to which the same lessons are having to be learned, individually and laboriously, in so many separate jurisdictions is surprising when you consider the stakes. Also today’s instantaneous transfer of knowledge creates the enticing opportunity for learning from someone else’s pain, instead of through your own.

Let’s start with Taiwan. This densely packed country of 24 million people has sustained 946 cases and only nine deaths. Taiwan’s stellar performance has to do with the lessons it learned from SARS in 2003 (lessons largely ignored by Canada, which was also severely affected by SARS) and the single-minded implementation of those lessons over the years since.

Yet, are we in Australia looking with microscopic attention at Taiwan and copying what they have done? Have we sent a team to Taiwan to bring back lessons? Apparently, rather than looking to the Asian success stories of Taiwan, Hong Kong, Singapore or Vietnam, we should only be benchmarked to “our peer countries,” as a senior physician put it, at the height of the Melbourne outbreak. “Our peer countries”, of course, appear to include the familiar anglophone nations of the UK and the US, which have done catastrophically badly in almost every pandemic respect.

As a consequence of its disastrous rate of staff infections last year, Victoria has (somewhat) increased it’s level of PPE to encompass more widespread use of airborne protections. Has WA followed that lead? Or NSW, or Queensland?

The Federal Government continues to set infection prevention guidelines which closely mimic those of the NHS, despite the fact that staff and hospital-acquired infections in the UK remain rampant.

Good luck getting onto a mining or a construction site where you need N95 protection if you haven’t passed your six[1]monthly fit test or trying to go home in your contaminated work clothes. Good luck, too, trying to create a safety plan without the input of a diverse range of specialists, such as OHS professionals, occupational hygienists and others.

And what about a plan that deals with “most risks”, but leaves out the ones reckoned to be less significant, like, say, ones which, though potentially lethal, may only occur 5 or 10 per cent of the time? Would a plan like that fly in those industries? It seems it does in healthcare.

On to hotel quarantine. Northern Territory has air-gapped accommodation, airborne PPE and no leaks. Victoria is catching on and building similar facilities. Queensland, meanwhile, requires staff and guests to take their masks off in the hotel lifts (yes, off).

Look, Queensland, if it upsets you too much, you don’t even have to look at the impeccable quarantine procedures in countries like Taiwan or Hong Kong, where end-to-end airborne PPE is meticulous, or China, which has just created a 4,000 person quarantine facility in weeks. Just look across the ditch to our anglophone neighbour and “peer country”, New Zealand, which is now discouraging the use of lifts in quarantine wherever possible and installing HEPA filters and increasing ventilation rates dramatically in both lifts and corridors. Late to the airborne party, perhaps, but New Zealand’s latest report on improving protections in hotel quarantine even mentions – whisper it – “aerosolised particles” four times.

Then there’s aviation, the industry whose survival depends on driving high-consequence, low-probability events to the point of extinction. The term, “precautionary approach”, could have been invented for aviation. Do we in medicine have anything to learn from the aviation focus on chains of causation and systems so robust and intuitive that the human element is denied its greatest apparent wish: the opportunity to fail at every turn? Seemingly not.

Let’s face it, innovation, the buzz word of the last few decades, is overrated. It’s time consuming and hit and miss. The trophies go instead to the shameless fast followers. Beg, borrow, copy and steal as if our lives depended on it. Because they do.

Dr David Berger is a UK-trained GP who has latterly been working in remote Emergency Medicine in WA and elsewhere. He has a history of campaigning on diverse issues from refugee rights to medical corruption and now the safety of healthcare workers in the COVID-19 pandemic.