Home | Blogs | Because we’re worth it 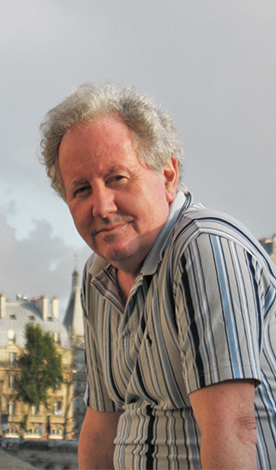 Because we’re worth it

Why is it important for GP specialists to have parity with other specialists in pay and conditions in the public sector? There are symbolic and practical imperatives for this to occur.

In terms of symbolism, salary is a measure of value in the system. For GP specialists of similar levels of experience and clinical responsibility to be in a lesser salary level to other specialists is clear evidence they are regarded as lesser doctors. It cements their second-class status in all sorts of policies in the system, and signifies they should seek advice from a higher authority before making decisions.

It is a clear signal to new graduates about where they should plan their careers. Following that is the very practical problem that we are very short, Australia wide, of GP-trained doctors with the skill set needed to work in our rural hospitals. A casual glance at locum advertisements will reveal just how serious that shortage is. Pay parity would be a small step in helping recruit new graduates into rural generalist practice.

We all understand that Western Australia’s geography and population density provides challenges. There are clearly several towns in WA that cannot support discipline-specific specialists, but nevertheless require highly-skilled doctors working in those hospitals.

GP specialists are the backbone of those hospitals. Their work is no less challenging and their contribution no less valuable than other specialists who inhabit the large hospitals in regional centres.

The belief that non-GP specialists are inherently safer and more useful to the health system than GPs is a concept that has served rural Australia very badly over the last 50 years. It has resulted in widespread loss of services in the bush, coupled with severe workforce shortages. That belief still appears to drive government policy and the actions of health bureaucrats, despite the platitudes we hear from them about the central place of General Practice in the health system.

This lack of interest in rural General Practice has resulted in the failure to provide high-level training in hospital skills for GP graduates, and hence the workforce crisis we now see.

Keys to the success of the Queensland Rural Generalist Pathway have been adequate salary and access to the necessary training posts.

Rural doctors have long argued for a change in approach, and have had a significant win with the establishment of the Rural Generalist Pathway (RGP), though this is but one battle in a longer campaign. Eventual success requires a change of attitude from health service bureaucrats in particular, and a better balance between sub-specialists and generalists.

Every recent workforce review concludes with the advice that our health system has too many of the former and not enough of the latter, and this has consequences for the workforce in rural Australia.

It is worth restating the generalist paradox, that while sub-specialists perform a specific task better than the generalist, in the real world, patient outcomes are better where generalists are central to patient care.

A significant step towards rebalancing the workforce will be parity in pay and conditions in the rural public hospitals.

We also need to see action on private GP incomes, but that is a fight for another forum.