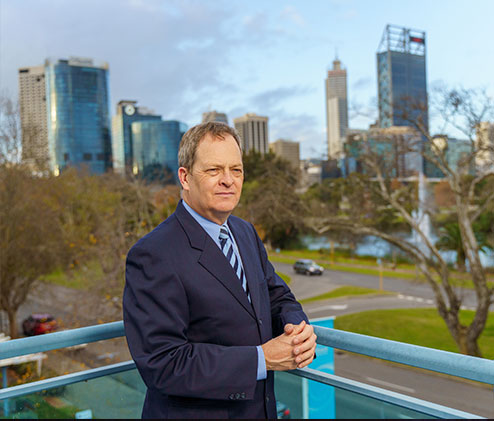 It was both surprising and disappointing to learn the McGowan Government has planned to expand the community pharmacy vaccination program. Usually when someone clearly doesn’t deliver, you don’t reward them with more responsibility. But that is exactly what our State Government has done.

By the Government’s own reporting, a deal like this just doesn’t stack up! In a 2021 WA Government report, it was found that 50 per cent of flu vaccines was wasted by pharmacies during 2018-2020, or not recorded with the Australian Immunisation Register.

Under the expansion, announced on 21 April, pharmacies will be able to administer the influenza vaccine to children aged five years and above, in what the Government has touted “an Australian first”.

The State Government media release also stated: “Certain other vaccines, including human papillomavirus, meningococcal ACWY and diphtheria-tetanus-pertussis, will also soon be able to be administered by trained pharmacists as part of the expansion.”

Well, here’s hoping for the rest of the country’s sake that this Australian first is Australia’s last. Such a move has the real potential to fragment patient care by doctors, and result in worse health outcomes.

We don’t know how such a deal was secured with the McGowan Government. The Pharmacy Guild of Western Australia was all over the media release of the decision, so I can only assume it was a deal brokered by them.

ABC News, in an article titled Why the pharmacy guild is the most powerful lobby group you’ve never heard of, described the guild’s campaigns against specific politicians who speak out against it, and the use of political donations as tools. In the same article, Jennifer Doggett, then chair of the Australian Health Care Reform Alliance, said the guild had been “extraordinarily effective in influencing government policy, funding and regulatory decisions over a long period of time”. She also pointed to several inquiries and reviews that have “almost unanimously identified the anti-competitive regulations as not being in the consumer interest, and recommended that they be disbanded over time”.

The ABC News article listed some of these reviews: the Harper Review, Wilkinson Competition Policy Review, a Productivity Commission Review and a National Commission of Audit Inquiry.

So why does the guild hold on to the holy grail of pharmacy ownership and dispensing? In business terms, it provides pharmacy owners with a competitive advantage, and represents an extremely high barrier to compete for anyone looking to enter this area of business. Fundamentally, it protects the business interests and incomes of members, the pharmacy owners.

A 2017 Grattan Institute Report identified that Australians were paying $500 million too much for prescription drugs, and suggested pricing reforms and greater competition for retail pharmacies to provide better access to quality healthcare and save patients money.

Can a doctor supply prescription drugs outside the Pharmaceutical Benefits Scheme (PBS) to their patients, and charge for it? Yes! This must be outside the PBS, however, as only pharmacists can access lucrative PBS dispensing fees. Also, remember, neither of these examples constitute dispensing.

The bottom line
Why are pharmacists so interested in vaccines? The Pharmacy Guild says it is because they are interested in public health. Another is that some pharmacies aim to get people through the door by any means, and then sell them overpriced goods, groceries, cards, toys and healthcare products.

Another business model is to get people in, and then upsell non-evidence-based, hocus pocus ‘treatments’ that do nothing other than line the pocket of the pharmacy owners.

A 2014 Choice magazine investigation titled Dubious pharmacy products concluded (on the findings of a mystery shopper study) that some pharmacies were selling ‘health’ products which simply didn’t work.

An Australian study in 2019 showed that 31.4 per cent of pharmacies over treated or overmedicated customers.

Getting people through the door is becoming more and more important to allow upselling for some pharmacy groups, with the advent of e-pharmacies and Amazon Pharmacy.

Some may suggest it is more convenient for clients. But if that is the case, then let’s deregulate pharmacies as recommended by numerous inquiries and reviews. Let’s have them in supermarkets. That way, we can all put in our prescription, and then shop in an environment of cheap, rather than overpriced products. Heck, let’s have them in doctors’ offices for true integrated healthcare!

AHPRA8 has suspended doctors for recommending alternative, unproven medical treatments, and the Medical Board of Australia8 has previously cracked down on unproven complementary and quack treatments.

Bizarrely, some pharmacists see such treatments as good business and even more bizarrely, offer it in a regulated and thereby protected, non-competitive environment.

The WA pitch
So, where to now for the Pharmacy Guild in WA? Some insight may be gained from the 2019 comments of Chris Owen, then Vice President of the Queensland Pharmacy Guild and now president, when he said according to The Courier Mail: “There will be no difference between a pharmacist and a doctor”.

Queensland is usually the proving ground for pharmacy professional creep (I mean ‘professional services’) as there is only one house of Parliament. Accordingly, the incumbent government can pass legislation without alteration or restraint. What better place for a powerful lobby group to instigate change and then roll it out to the other states and territories?

Next, the Pharmacy Guild in WA will want to diagnose, prescribe and dispense, as has been trialled in Queensland recently, with no outcome measures. In response to the “sham trial”, the RACGP in Queensland9 has expressed grave concerns regarding misdiagnosis, use of Bactrim in undiagnosed pregnancy, and cases of cancer being missed.

It is firmly the AMA (WA)’s position that pharmacists should only be diagnosing and prescribing when they have obtained their medical degree, now and in the future.