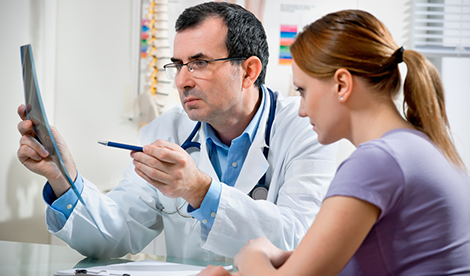 A consultant/specialist is defined as anyone who holds the qualification of a university or college, recognised by the Australian Medical Council (AMC), under the WA Health System – Medical Practitioners – AMA Industrial Agreement 2016 (the Agreement).

The Western Australian community benefits greatly from the skill and expertise of this cohort of professionals. These are practitioners who form the backbone of WA’s only Sexual Assault Resource Centre (SARC) and doctors without whom the WA Country Health Service (WACHS) would fall to its knees.

Due to the refusal of WA Health to recognise and remunerate GPs as consultants in line with their industrial obligations, the AMA (WA) has had no other available avenue other than to file an application with the Industrial Magistrates Court of Western Australia.

We submit that WACHS and North Metropolitan Health Service (NMHS) are in contravention of the provisions of the applicable industrial agreements by engaging GPs as senior medical practitioners and district medical officers instead of as consultants.

Currently GPs are being significantly underpaid by WA Health.

The wage difference between a district medical practitioner (procedural) year 3 and a consultant year 6 north of the 26th parallel is $49,481 per year.

The difference in remuneration for a senior medical officer year 3 and a consultant year 3 north of the 26th parallel is $10,213.

During this current round of protracted negotiations for a replacement industrial agreement, the AMA (WA) has sought to have all practitioners who hold specialist registration recognised as specialists. WA Health has rejected this claim and instead proposed a revised GP classification structure for rural GPs only and not to the equivalent level as other consultants under the Agreement. This does not achieve equity with other consultants, however, and represents a pay cut to the current remuneration model for SARC practitioners. It is unacceptable.

The AMA (WA) has engaged Heather Millar to represent us in this matter. Ms Millar is recognised as a preeminent employment and workplace health and safety junior counsel by Doyle’s Guide and has previously worked for the State Solicitor’s Office.

The AMA (WA) thanks the doctors who have come forward to be named on the application for their participation. Any other GPs currently working for WA Health as permanent employees and not being paid as consultants, and who would like to participate are encouraged to contact us via mail@amawa.com.au

The AMA (WA) is seeking the following outcomes: