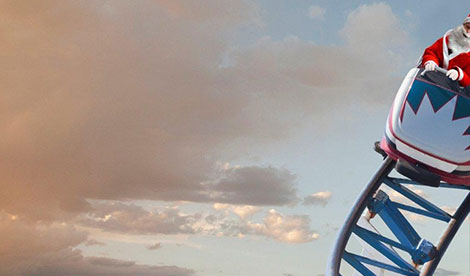 The past year in health is best described as a rollercoaster of a year, with some incredible highs, some screaming corners, unexpected twists, dips, loops and turns – even a change in driver at the Australian Medical Association (WA). For the AMA (WA), it has been a momentous year dominated by one of the biggest changes in society for many decades – the passing by State Parliament of laws legalising voluntary assisted dying (VAD).

More words have been written on the subject of VAD than any other health-related issue, not just during 2019 but for many years.

AMA (WA) Council gatherings were dominated by VAD, and the proposed legislation and the issue was keenly discussed at almost every meeting held this year within the walls of the Association.

The AMA (WA) as a whole and President Dr Andrew Miller were determined to ask for, welcome and consider all views, from all sides on the issue.

We argued for more money and a greater focus on palliative care but we were also determined to ensure that any Bill that passed into law would be safer and more workable for doctors and patients.

The other major issue that has dominated life at the AMA (WA) has been – and continues to be – the WA Health System – Medical Practitioners – AMA Industrial Agreement 2016 . We argued for 86 items in the Log of Claims, with the Department of Health rejecting the key claims including those around the portability of accrued entitlements and permanency. As a new agreement was not registered by 30 September this year, the current agreement remains in force.

This will be a feature of our representation next year in the lead up to the 2021 State Election campaign, which will only add further to the rollercoaster experience.

The AMA (WA) also made an important and influential submission to WA’s Inquiry into Wage Theft, highlighting the need to address a workplace culture that supports wage theft.

Our submission referred to survey data, which showed that approximately 18,480 hours of unpaid, unrostered overtime were worked by doctors in training. The AMA (WA) provided examples of job advertisements which misclassified general practitioners as non-specialists.

We also successfully advocated for and contributed to a WA Health System Review of Clinical Governance of the Mental Health System. Although promised for release this year, we are now expecting it to see the light of day in 2020.

The AMA (WA) continued its strong campaign on ambulance ramping with regular releases of the latest sorry data using the Health Department’s own measurements.

Also in 2019, we saw the start of mandatory reporting to the Minister for Health of mental health patients waiting in emergency departments for more than 24 hours. The worrying statistics once again was the subject of a number of powerful articles in Medicus.

One of the most hard-hitting was an opinion piece by Dr Anne O’Sullivan, an Emergency Psychiatrist at Sir Charles Gairdner Hospital. This substantial article spoke of the crush of mental health on our hospital system and was reproduced in large part in The West Australian newspaper. Although change was not immediately forthcoming, we were certainly able to further pressure the State Government on the issue.

The Advocacy, Policy and Media teams at the AMA (WA) had one of the busiest years in memory, with topics as wide ranging as attempts by pharmacists to extend their reach into primary care, the health impact of climate change and medical research.

It was this final issue that brought much satisfaction as the year closed with the State Government announcing significant funding increases for medical research through the proposed Future Fund. For many years, the AMA (WA) has pushed governments of all political colours to recognise the potential benefits of increased medical research funding.

Within the AMA (WA) itself, there were two seismic changes. Long-time Executive Director Paul Boyatizis retired and was replaced by Chief Executive Officer Dr Bennie Ng, who brought with him extensive experience as a GP, health and hospital manager and an innate political instinct honed by working in government ministerial offices.

Also to retire was Director of the AMA (WA)’s Health and Community Services, Noelle Jones. Noelle either established or helped found a number of significant training and educational arms of the AMA in her 26 years of service to the Association.

The year also saw Dr Omar Khorshid complete his very successful term as President, and a return to the position by Dr Andrew Miller.

The impact of these combined changes in the AMA (WA) administration will be felt in all areas. The AMA (WA) has also started to work more closely with other health organisations, like HBF, and will look to increase our network and involvement in positive community initiatives that are important to our members, such as the City to Surf, Perth Pride Parade, and Telethon.

And one thing is certain – in 2020 we will all be buying a ticket on the same carnival ride in the same sideshow.

Expect changes in health, thanks to the recommendations of the Sustainable Health Review, also released this year, along with the May State Budget and the usual promises of a pre-election year.

Our recommendation for 2020? Hang on for the ride!